Max Verstappen felt he “could not afford any mistakes” after the early retirements that left him playing catch-up ahead of his dominant Formula 1 title win this season.

Verstappen swept to his second F1 world title in 2022, setting a new record with 15 wins in a single season and a new high points tally of 454, leaving him 146 clear of Ferrari rival Charles Leclerc in second place.

Although Verstappen’s dominance meant he clinched the title with four races to spare, the Dutchman had feared his title chances were in doubt as early as the fourth race at Imola.

PLUS: The Abu Dhabi 2021 consequences F1 missed this year

This came after he was forced to retire in both Bahrain and Australia due to a fuel pump problem, causing him to fall 46 points - almost two race wins - back from Leclerc in the standings.

Asked by Autosport if he could identify one area where he really stepped up this year, Verstappen noted the importance of scoring at every race, and recalled feeling that he could not put a foot wrong after the early DNFs.

“You know when you have to fight for a title, you need to score points basically every race as much as you can,” Verstappen said ahead of collecting the F1 world championship trophy at the FIA prize giving in Bologna last week.

“That’s why at the beginning of the year, it was very tough to have these DNFs. I knew from that point onwards, I could not afford any mistakes from my side, in case we would have retirements for whatever reason.

“You always try to be as clear as you can be and try to be as perfect as you can every single weekend. That’s what I try to demand from myself every time I jump into the car.” 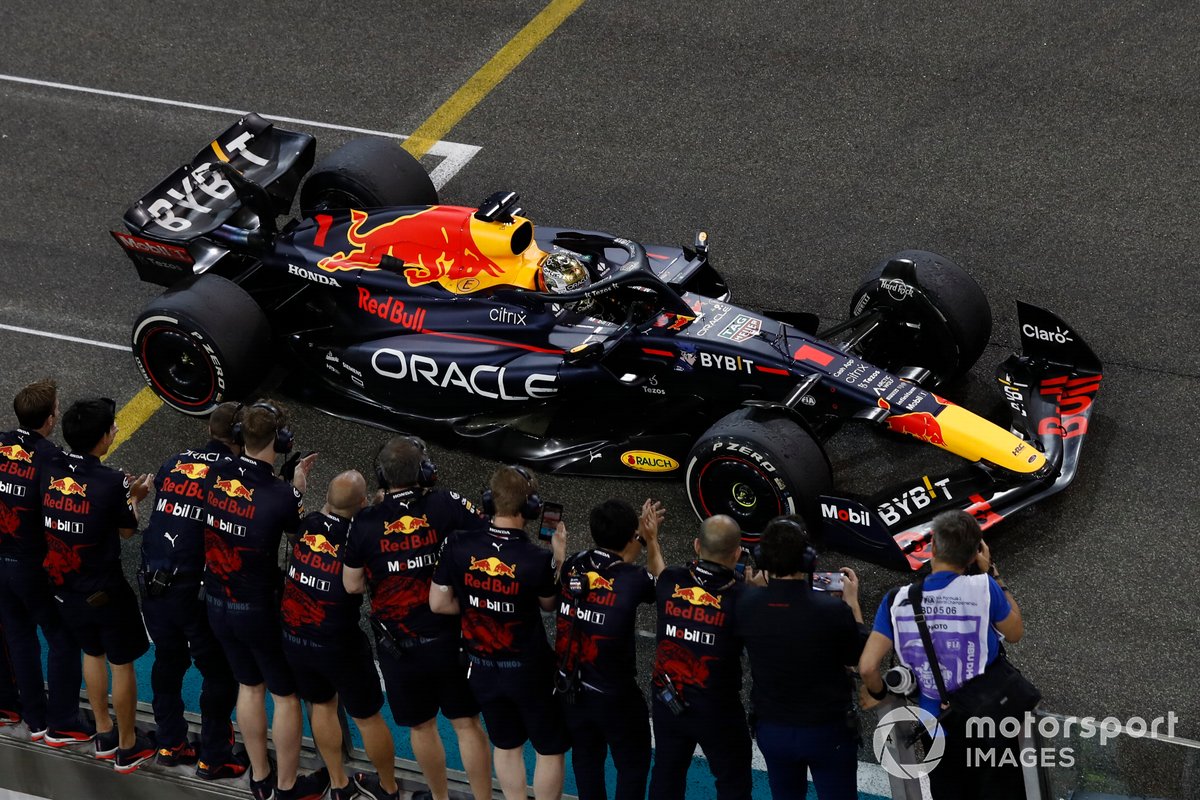 The fashion of Verstappen’s title win in 2022 cut a stark contrast to his maiden success in 2021, which came at the end of an intense, year-long fight against Lewis Hamilton that went down to the final lap of the season.

Hamilton and Mercedes did not factor in the championship battle this year, with Verstappen’s primary challenge coming from Leclerc and Ferrari through the opening half of the season.

But following the summer break, Red Bull pulled clear in the development stakes, allowing Verstappen to win nine of the final 11 races.

Red Bull team principal Christian Horner felt Verstappen had “made another step forward as a driver” through 2022 following the “heavyweight bout” against Hamilton last year.

“He’s driven with such maturity, with such composure this year, and he’s delivered some massive wins under huge pressure,” said Horner.

“It’s only when you look back at the season, and we’ve started to do that in the last week, when you think back to some of the races like Saudi or Miami or Montreal, there’s been some massive moments there.

“We didn’t have the quickest car at the beginning of the year. He very much kept us in contention and just kept pushing, and drove with phenomenal precision and pace.

“When there was an opportunity there to take, he grabbed it with both hands.”