Formula 1 world champion Max Verstappen says having to nurse the clutch on his Red Bull was behind his 360-degree spin during a "crazy" Hungarian Grand Prix, which he won from 10th on the grid.

After an engine problem prevented Verstappen from setting a fast lap in qualifying, the Dutchman was set for a tough recovery race in Budapest.

But 2022's generation of cars showed they can even race on the twisty Hungaroring, and after a strong start, Verstappen continued to climb up the order to get ahead of the four Ferrari and Mercedes cars.

Just after he passed Charles Leclerc for the net lead on lap 42, Verstappen spun coming out of Turn 13, but with a clean 360-degree rotation he managed to continue without a significant time loss.

The error cost him the place to Leclerc, only for him to re-pass the Monegasque driver soon after on his way to a stunning win.

Verstappen explained he had to nurse the clutch to prevent it from burning out, which he explained caught him out on lap 42.

"I was struggling a bit with the shifts and the clutch," Verstappen said. "We had to change a few things around to basically not burn the clutch, and that cost a bit of performance.

"I think that caught me out [coming] out of that corner, but luckily I could do a 360 so I lost one spot." 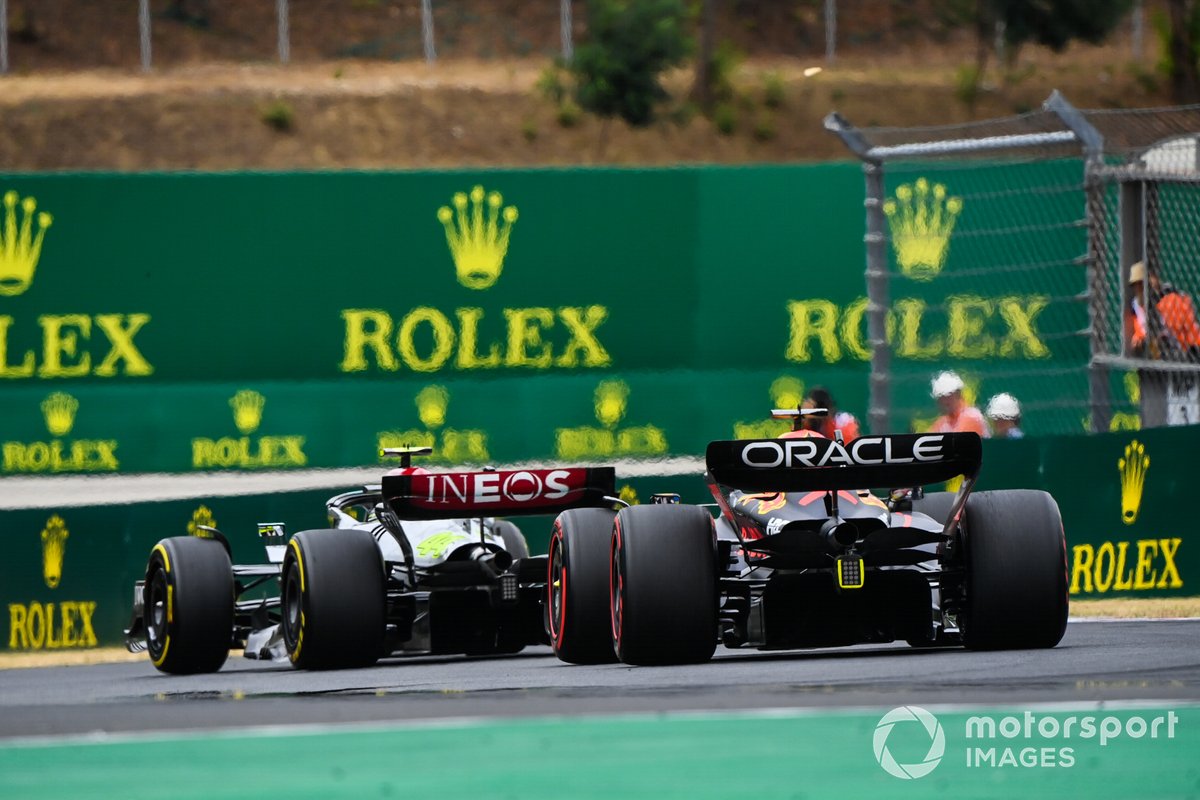 Verstappen, who said he was hoping to get near the podium at all from 10th on the grid, praised his team for getting all its strategy calls right as an intermittent drizzle made for tricky circumstances.

"I was of course hoping that I could get close to a podium, but very tricky conditions out there," he added.

"It was a crazy race. And of course, very happy that we won it. I was battling a lot of guys, so it was a lot of fun out there."

Verstappen's world championship lead has now swelled to 80 points over Leclerc heading into the summer break, as his main title rival could only manage sixth despite starting from third.