Max Verstappen does not believe Red Bull has the pace to beat Mercedes in Formula 1’s 2021 Turkish Grand Prix, where he will start second alongside Valtteri Bottas.

Verstappen’s title rival, Lewis Hamilton, topped qualifying at Istanbul, but will start the race from 11th as a result of the grid penalty he will receive for taking a fourth engine of the season ahead of Friday practice in Turkey.

After qualifying third, 0.328s slower than Hamilton and 0.198s adrift of Bottas, Verstappen was asked if he thinks his team has enough performance to win the Sunday’s race, to which he replied: “No, but we’ll of course just try to follow and see what we can do. And see what happens in the race in general.”

Verstappen has had a frustrating opening two days of track action at Istanbul – struggling with understeer and then random snaps of oversteer during FP2, spinning in the wet-to-dry FP3 session, and also going around at the start of Q1.

Red Bull team boss Christian Horner stated after Friday practice that his team had “a busy night [ahead] burning the midnight oil with the engineers and back in Milton Keynes as well” to try and fix Verstappen’s “balance mish-mash”.

Verstappen said that as a result of that work, Red Bull had “made some decent improvements compared to yesterday, where we were struggling a bit more to understand how to be quick around here”.

He added: “[The team was] just trying to work on that and I think in qualifying again it was a little bit better, but of course still not perfect.

“I was still quite happy with the result at the end and the lap itself. Can’t really be too disappointed about that.” 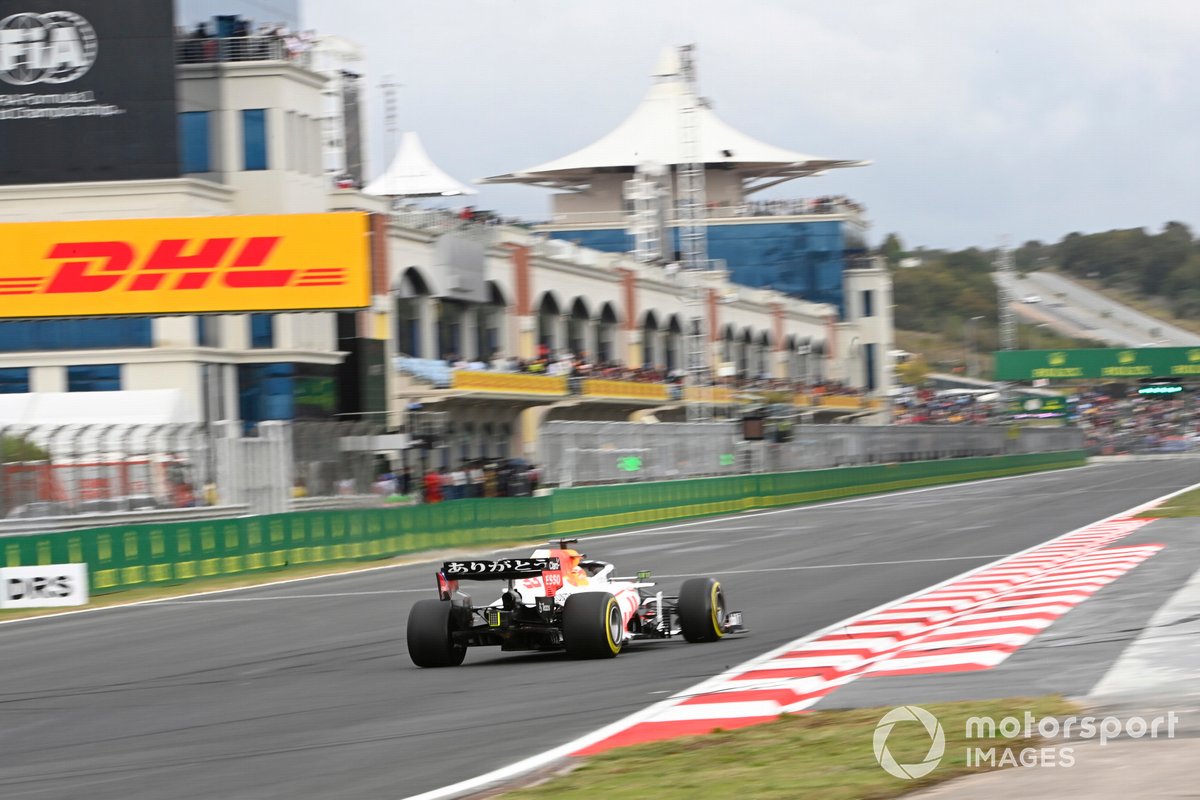 Verstappen will move up on spot on the grid as a result of Hamilton’s penalty, with his title rival set to start outside the top 10 – although on the same medium tyres as Verstappen and Bottas.

But Verstappen is pessimistic about starting from the left-hand side of the grid, away from the racing line, alongside Bottas – the same spot where he made a poor getaway in last year’s wet race.

“I don’t think that’s a great place to start – on the inside,” said the Dutchman. “Because there is no grip on the inside line. We’ll see how that goes.”