Fernando Alonso has been summoned to see the stewards at Formula 1's Turkish Grand Prix for allegedly not slowing for double waved yellows in qualifying.

The Spaniard produced one of his most competitive showings of the year at Istanbul on Saturday, as he comfortably got through to Q3 before grabbing fifth spot on the grid.

But the Alpine driver is at risk of a grid drop if he is found guilty of not having slowed enough during a lap in the early stages of Q1 when warning flags were out.

The FIA is quite clear that drivers need to effectively abandon any qualifying lap they are on if the double yellows are shown.

"In order for the stewards to be satisfied that any such driver has complied with these requirements it must be clear that he has not attempted to set a meaningful lap time, for practical purposes this means the driver should abandon the lap (this does not necessarily mean he has to pit as the track could well be clear the following lap)."

Speaking before news of the summons appeared, Alonso hailed his performance on Saturday as perhaps his strongest of the year so far. 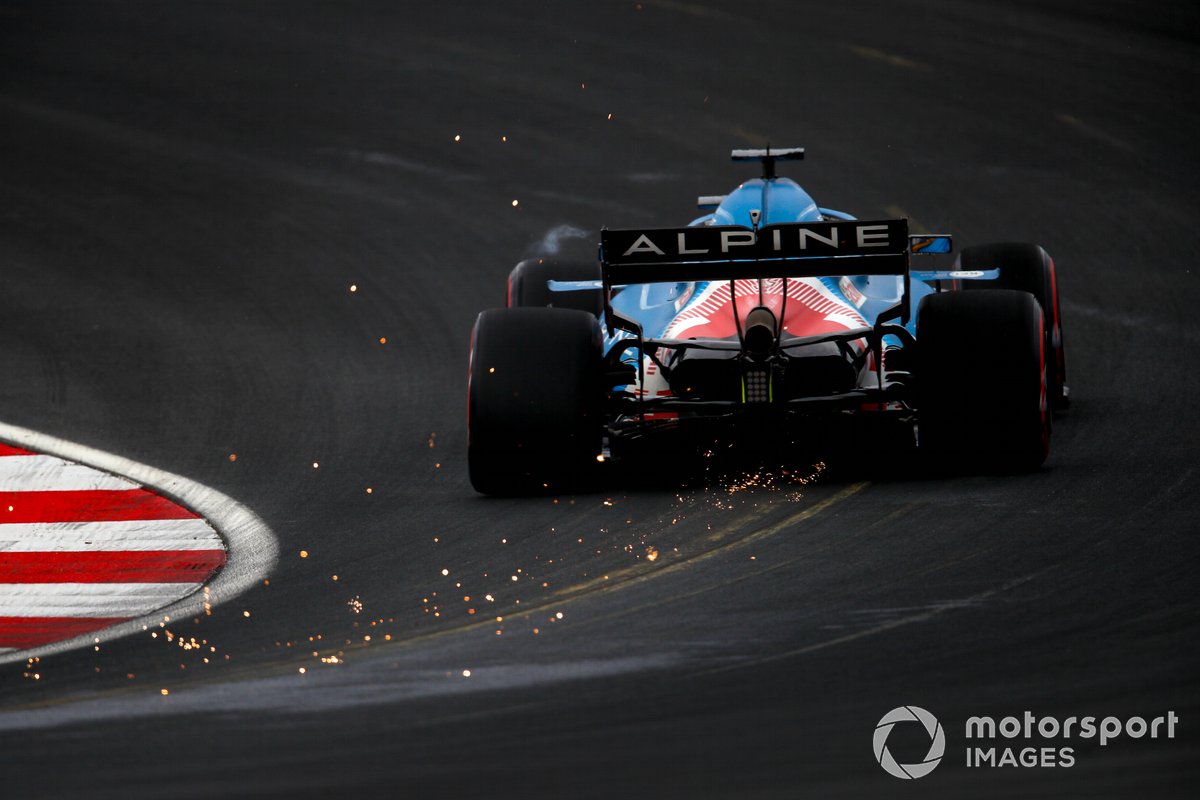 Speaking to DAZN F1, he said: "The truth is that I am very happy. It was probably the best Saturday of the year. We came from the best race in terms of competitiveness in Sochi, and now I felt good as well.

"Always in the almost wet conditions we were fourth, fifth, sixth, and now in Q3 as well, when normally we drop to ninth or so.

"With Hamilton's penalty we will start fifth on the clean side and with the medium tyres we qualified with in Q2. So it's been a good Saturday. Let's see how we finish the job tomorrow."

Alonso's visit to the stewards comes on the same weekend when he suggested that there was a lack of consistently in the FIA policing of incidents.

Speaking on Thursday in reference to Lando Norris escaping a penalty in Russia for crossing the pit lane entry line, an offence that Yuki Tsunoda was punished for in Austria, Alonso said: "There are different rules for different people, or different, let's say, talks the week after for different people.

"Let's see the next one that crosses the white line on the pit entry. Let's see which nationality he is and which penalty he will get."