Max Verstappen found it “very disappointing” to retire from second late in the Bahrain Grand Prix, saying the lost points could prove “very important” in the Formula 1 title fight.

Verstappen qualified second in Bahrain and battled with Ferrari’s Charles Leclerc through the opening stages, going side-by-side for position after the first round of pit stops.

But after slipping back from Leclerc, Verstappen began to struggle with the steering on his car as he reported a recurring issue, and then noted the car was “s**tting itself” as a fresh issue emerged ahead of the late restart, which turned out to be related to the fuel pump.

Verstappen began to slow on-track with four laps to go, losing positions before crawling into the pits at the end of the lap to retire. Further misery was piled on Red Bull when Verstappen’s team-mate, Sergio Perez, spun out of third place on the last lap due to the same issue.

Verstappen admitted the pace of the Red Bull in the race was “not what I hoped for compared to Friday”, and thought the team could have “done a better job to be a bit more aggressive on the out-lap” after his pit stops. Verstappen was heard complaining he was told not to push too hard after pitting, missing the chance to get the undercut on Leclerc.

“The big problem was what happened afterwards, which looked like there was no fuel coming to the engine and basically everything just turned off, and I rolled back into the pitlane,” Verstappen said.

“It is not what you want, especially after having really positive test days and also a positive weekend. It looked like with the little issues that we had, to be in second place that would’ve been a very good result, 18 points, probably, with Checo fourth.

“But to retire with both cars at the end of the race is very disappointing.” 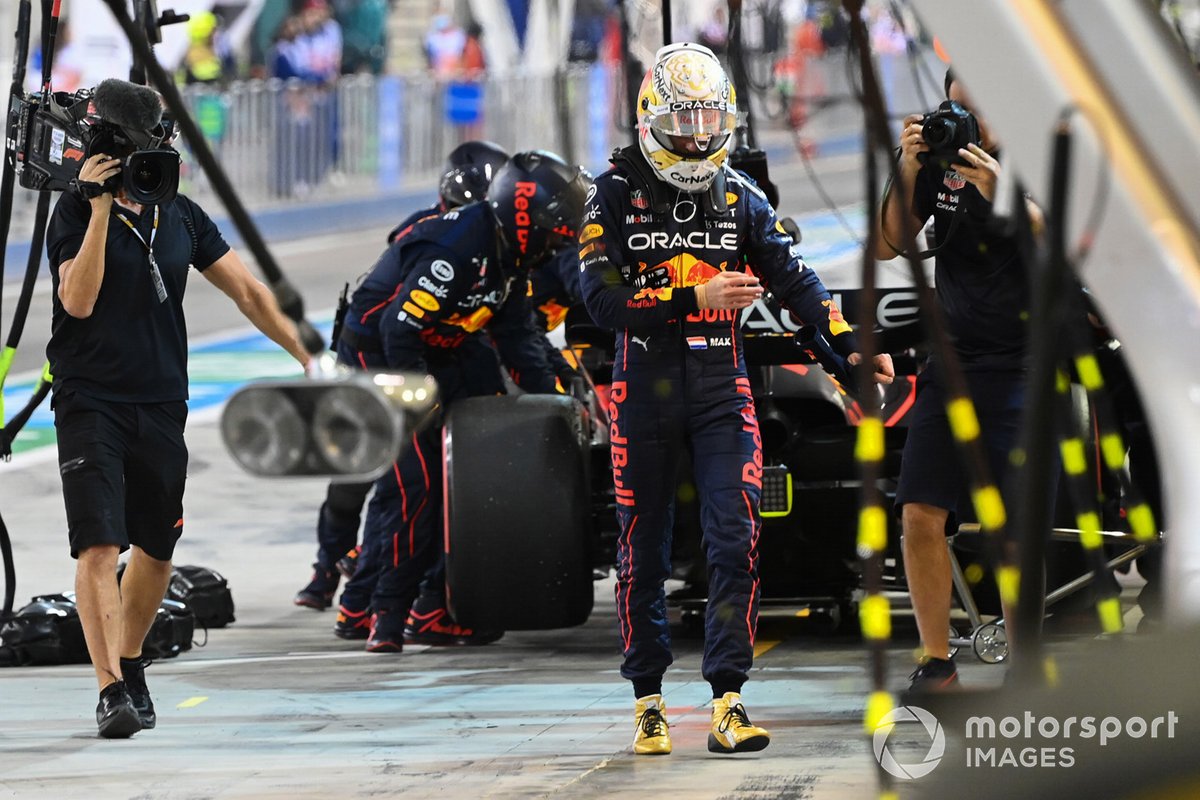 “It is just disappointing, you always say to yourself and to the team as well, we have to score points, it doesn’t matter if it first or second in the first race,” Verstappen said.

“You could see that at Turn 1 at the start, I didn’t risk too much, also when I was fighting with Charles, it was all clean and I was happy with a second place here.

“But to lose so many points for the team is also very disappointing, because for the championship where sometimes it can be really tight until the end, these are very important points.”

Asked by Autosport about his frustration over the radio directed at engineer Gianpiero Lambiase, Verstappen said: “I don’t hold back, I say what I think in the car and I was not happy with what we were doing or with the balance of the car or with the strategy.

“It wasn’t necessarily directed to GP, I have a really good relationship with him. Of course he’s the only one I can talk to, but we have to analyse quite a few things.”