Kvyat picked up one licence penalty point after qualifying for last month's Hungarian Grand Prix for impeding Lance Stroll, taking his tally to 10.

If a driver accrues 12 points in the same 12-month period they will receive an automatic one-race ban.

Kvyat will not drop any of those points until October 23, the day after the US Grand Prix, meaning he must complete the next six race weekends without picking up two penalty points or more.

Asked by Autosport if that would affect his approach, Kvyat replied: "Not really.

"We know it in the team, and obviously we will try not to get those points - it's as simple as that really.

"There's nothing really to be done there.

"It was very disappointing there [in Hungary], that we gifted this point.

Asked about his excessive number of penalty points and whether he had any message to critics outside of his team who think he's having a bad season, Kvyat replied: "I have no message. I don't care." 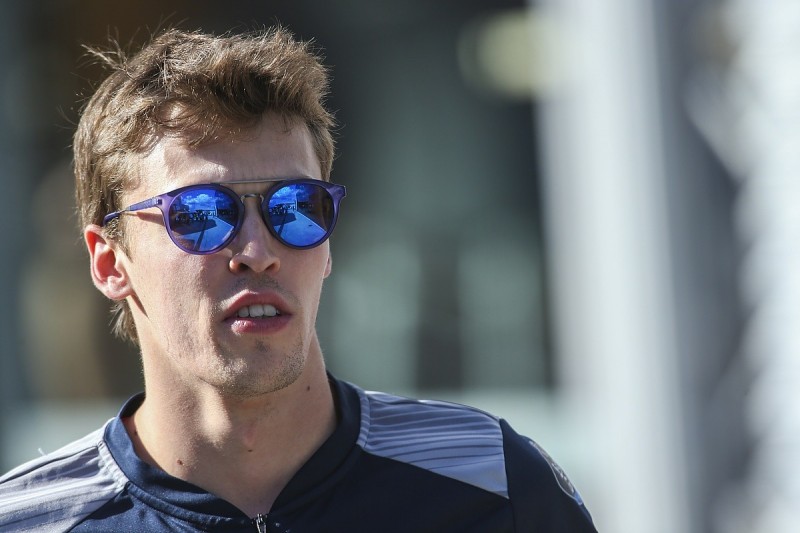 Kvyat has only scored four points in F1 this season and lies 17th in the championship, eight places and 31 points behind team-mate Carlos Sainz Jr.

"I had a fantastic 2015 season where I scored the most points for Red Bull," he said.

"I wish to bring as many points to Toro Rosso and we have the whole second part of the season to do it.

"I want to invite myself and everyone to focus on the job.

"I know if we do a clean job Saturday and Sunday it's all there [to score points]."

Toro Rosso is expecting a difficult Belgian Grand Prix this weekend because its Renault engine is not as strong as the Mercedes- and Ferrari-powered teams.

Kvyat said it was "still on course to do something good here".

"It's the same goal as always for us - do our job and try and end up somewhere around the points," he said.

"It's not an easy track for us, but not the worst either."