The Japanese manufacturer introduced an improved V6 in Canada earlier this year, which played a key role in convincing Red Bull to switch from Renault to Honda for 2019.

However at the British Grand Prix Honda's deficit to Mercedes and Ferrari was estimated at a second per lap around Silverstone, a situation Gasly described as "crazy".

Gasly said his frustration was not with Honda, which he said is "improving a lot", but rather with the reality that starting further behind the other engine makers gave it a "deficit that is really difficult to recover".

"It's more in terms of just pure performance and power from the engine, but I know they are working on it and they have a couple of ideas," said Gasly.

"I just need to give them time to bring it to the track, but at the moment we still lose quite a lot in terms of straightline speed.

"We still have to understand exactly how to get the best out of the Spec 2 engine."

Honda hopes it will be able to upgrade its combustion engine technology again before the end of the season.

"I cannot tell you exactly yes or not, but we are still working on the ICE [internal combustion engine]," Honda's F1 technical director Toyoharu Tanabe told Autosport.

"I hope we will have some update and improvement within this season.

"[On Gasly's Silverstone] qualifying data we saw the performance difference on the straights. 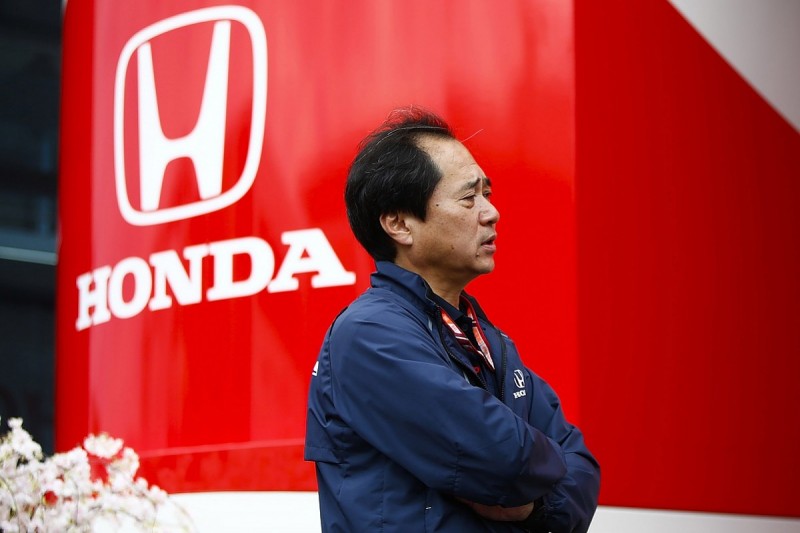 "Of course we have here, where you can go full throttle [in corners], especially in qualifying.

"That gave us a hard time. It meant the performance difference here was more than at other circuits."

Honda's progress early in the season, particularly compared to Renault, buoyed Red Bull and left it optimistic about the other gains the engine maker will find before the start of the 2019 campaign.

Gasly finished 10th at Silverstone, although lost that world championship point to a post-race penalty, while his team-mate Brendon Hartley retired after one lap.

Hartley had to start from the pitlane after a suspension failure in practice destroyed his car and forced him to miss qualifying.

He was late out of the garage because of a problem installing new Honda engine parts, which led his immediate return to the pits.

"While fixing the car we had an issue with the installation on the power unit side that caused an improper function," explained Tanabe.

"We saw unusual data on the power unit side and we retired.

"I think the components are OK. We will check carefully for any damage."