Toro Rosso introduced a unique new front wing to the STR13 at the Red Bull Ring, but efforts to understand the impact of the change were hampered by parts becoming damaged over kerbs, which forced Brendon Hartley to run a hybrid of old and new aero specification.

This combined with the fact Gasly suffered suspension damage on the first lap thanks to a hit from Stoffel Vandoorne's McLaren meant Toro Rosso headed to the British Grand Prix with questions unanswered about the veracity of its aero work.

The team tested a range of aero parts across both cars during Friday practice at Silverstone, but still hasn't been able to extract the extra performance expected from the update.

"We have not made the step forward we wanted and we expected in a way," said Gasly, who described the situation as "quite tough".

Gasly said Toro Rosso tried a range of experiments with "ride heights, sensors and rakes on the car, just to get some data to understand the package", which is not translating windtunnel numbers into reality. 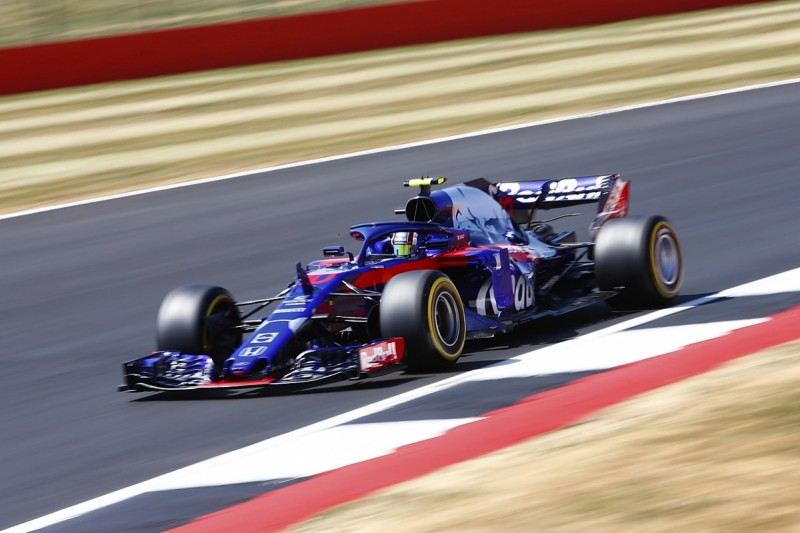 "It's not that straightforward at the moment," Gasly added.

"You need to really set up everything in the right window - with the ride height and with the way you operate with the set-up. At the moment, we cannot really find that sweet spot.

"The engineers need a bit more time to figure out exactly how we need to make it work, but at the moment we didn't really make a step forward.

"We could have had the question mark in Austria due to the track layout, but this one you have low speed, medium speed, high speed, so if it's clearly better there is at least one area where you should see something really obvious, but it's not the case.

"It's quite confusing for everyone, because we've got numbers that at the moment don't translate to the track."

Gasly was only 13th fastest in FP2 at Silverstone, half a second slower than Fernando Alonso in the best of the midfield cars, while Hartley was slowest of those drivers to set a time.

"This aero package is something the team has worked really hard on and we hoped for a big gain that we didn't see in Austria," Hartley said.

"Of course it's massively important for the next races that we try to get the most out of it.

"There's probably still a few unanswered questions. I think it's still fair to say the new package hasn't given us everything we'd hoped for."