Top Formula 1 teams must be Sauber's 'trigger' going into 2019

Sauber is judging itself against Formula 1's biggest teams having improved more than any other across the 2018 season, says team boss Frederic Vasseur

After scoring just five points in 2017 with a poor car and a year-old Ferrari engine, Sauber scored 48 in 2018 to finish eighth in the championship.

It ended the campaign with arguably the fourth-fastest car, having made more progress than any of its rivals from the end of the 2017 season to the next.

Vasseur said he had not tried to put expectations on the team in 2018 given how far behind it was.

"We were more or less nowhere, so we had to improve in every single department and see," Vasseur told Autosport.

"The reason for how we were getting on on-track was also due to the others - Williams struggling more than expected, McLaren.

"My trigger is more the gaps between the top teams, the percentage.

"[It is] the best way for me to monitor what we're doing because they have big resources and if we are able to keep the same gap it means we're improving. 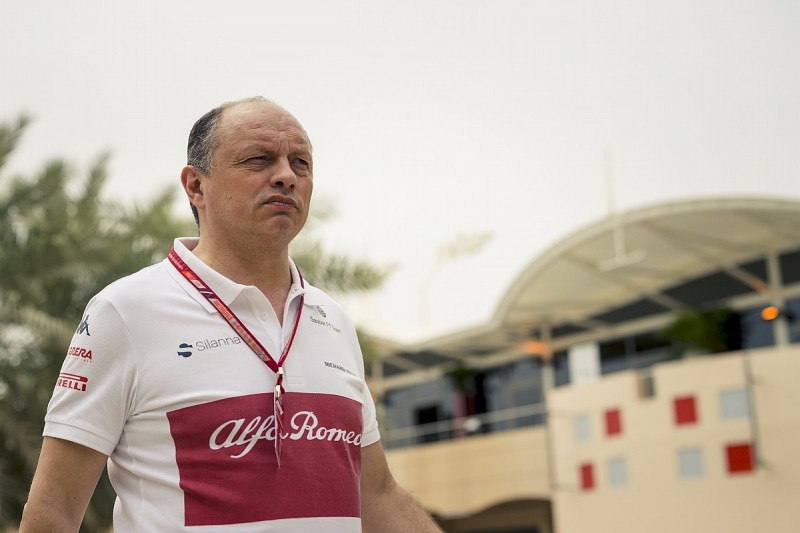 Applying Autosport's favoured 'supertime' method allows us to use Vasseur's desired method of percentages to compare the 10 teams in F1.

Supertime analysis involves taking each team's fastest single lap from every grand prix weekend and applying it as a percentage of the outright quickest time.

That was almost double the progress of the next best improver, Haas.

Comparative 'supertimes' from each season

Sauber has been tipped as the team to watch in 2019 by Racing Point driver Sergio Perez, while McLaren's Carlos Sainz Jr says it should be "feared".

Vasseur admitted that the state Sauber was in when he took over in mid-2017 made it easier to make big gains, and expects the next step to be much tougher.

"I don't want to be negative because it's not the mood of the team, but it's much easier to improve when you are four seconds off than when you are fighting for tenths," said Vasseur.

"You know that even the target in the windtunnel, you can ramp up the target, but at one stage you will not become flat [in terms of development] but more or less flat.

"We were more on the high gradient. It's true.

"I think the next step will be by far the most difficult."

He compared Sauber's trajectory to that of the works Renault programme, where he was team boss in 2016.

"It's the same story as Renault," said Vasseur.

"When I joined the team they were more or less at the back. To become sixth or fifth, or for them fourth, with their resources is one thing.

"It's not easy but it's one thing. To catch the top teams [is another]."

How a new F1 design can go wrong