Formula 1's Belgian Grand Prix weekend has been overshadowed by the death of Renault protege Anthoine Hubert in the Formula 2 support race on Saturday.

But F1 will race on - after a minute's silence - on Sunday afternoon.

Here are some of the key talking points heading into the race, from the weakness Charles Leclerc aims to cure, to the Mercedes reliability concern and a weekend-long Honda glitch.

Spa polesitter Charles Leclerc hopes "very small" changes to his driving will prevent a repeat of the tyre-management issues that have affected him at previous rounds and secure his first F1 victory.

Ferrari driver Leclerc has admitted he has struggled in some races compared to his experienced team-mate Sebastian Vettel, who stole a podium from him late-on in the Hungarian GP for that reason.

Leclerc will line up on pole for the third time this season in Sunday's race at Spa after dominating qualifying.

"I've been analysing Hungary quite a lot," said Leclerc. "Actually, maybe it looked worse than it actually was.

"But there's definitely some work to do on my side on this. So, we'll see if it pays off.

"I changed a few things, very small things, but details always make the difference at this level."

Leclerc failed to convert his two previous starts from pole into victory thanks to an engine problem in Bahrain and being overtaken late-on by Max Verstappen in Austria. 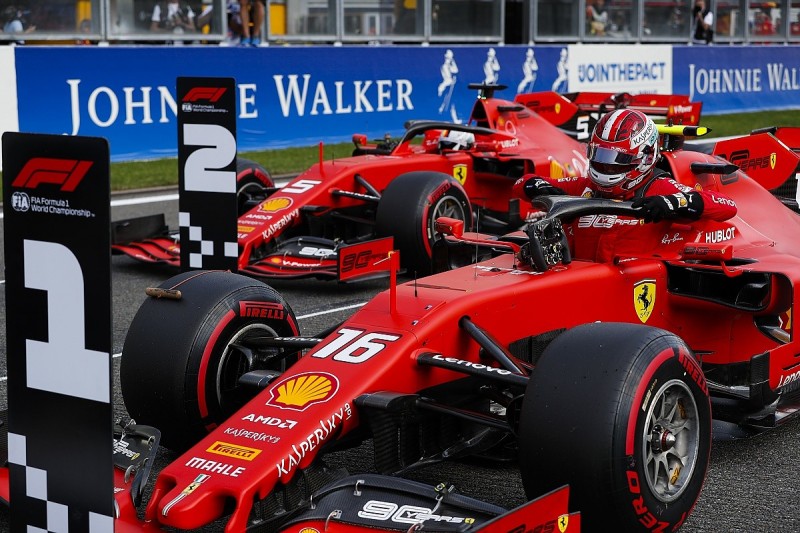 He believes there is "nothing" he can take from those defeats into Sunday's race because the engine failure was out of his hand and he has already responded with more aggressive driving in the wake of his defeat to Verstappen, who outmuscled him at the Red Bull Ring.

"I guess, at first, it feels a bit weird when you are coming to Formula 1 and you do your first laps in the lead," Leclerc added.

"So, the more laps I am in the lead, the more comfortable I am. And this feels good."

Ferrari is yet to win a race in 2019 but has comfortably outpaced Mercedes and Red Bull in Belgium, where its car is suited to the long straights in the first and third sectors.

Leclerc said it was "amazing" to be 0.7s clear of Vettel in qualifying, but is wary Ferrari could face a sterner challenge from Mercedes in the race.

"We have been quick since FP1 but once we did the race simulations in FP2 we weren't as quick," said Leclerc. "I think it's not going to be easy.

"The gap is quite big [in qualifying] but it doesn't mean it will be like that [in the race], so we will working hard to improve on the race run we did and we will see." 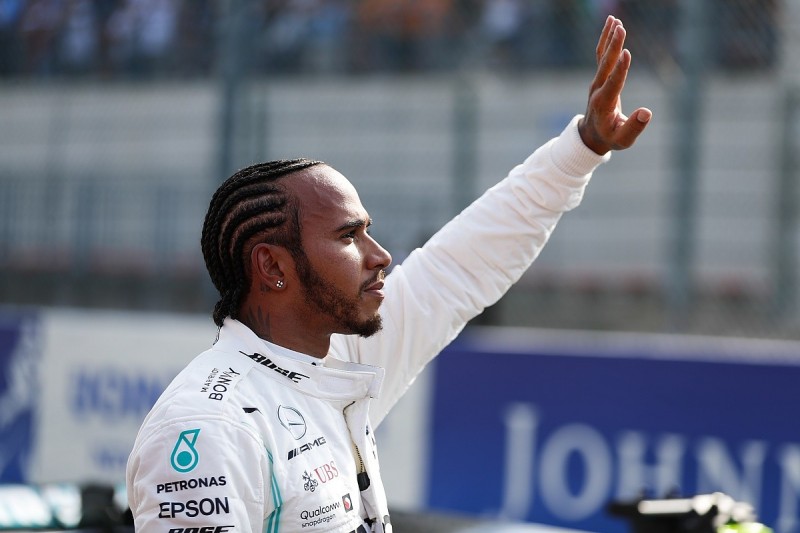 Lewis Hamilton says there is no point in worrying about the reliability of his Mercedes engine in the Belgian GP, despite the failures in other Mercedes-powered cars.

Mercedes introduced an upgraded power unit at Spa, but it has already suffered two issues, with both Sergio Perez at Racing Point and Robert Kubica at Williams hitting problems in practice and qualifying respectively.

All six Mercedes engines are identical in specification, but Hamilton said that that was more a headache for his team to deal with rather than him.

"I don't know the details of why the engines have gone, so I have nothing to worry about currently because I don't know anything about it really," said the Briton, who qualified third for Sunday's race.

"I'm sure they're trying to analyse it and they'll give us a bit of an idea - but still, I've just got to keep my head down and do what I do and what will be will be. There's not much I can do about it, so there's no point worrying about it. "

Hamilton's efforts on Saturday in Belgium were also hit by a crash in final free practice, which forced Mercedes to pull out all the stops to get it fixed in time to allow him to qualify. But he said it was wrong of people to read too much into the crash.

"You're looking way too deep into it," when asked if he had had a lapse of concentration. "Shit happens. I'm only human. 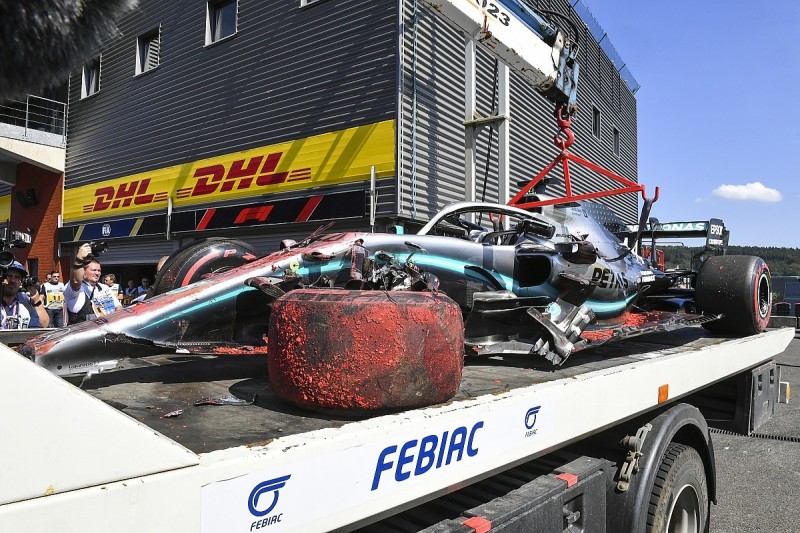 "I think my track record has been pretty good but it sometimes happens, and yes, it's frustrating and it never feels good, whether it's in your first year or if it's in your 13th year - it doesn't really make any difference. But you can always learn from it.

"They did an exceptional job and I'm really happy, generally, with the job that I did in qualifying, so collectively it's a positive.

"But I go in the back of the garage and I see my broken parts and I'm like 'oh my baby' but they'll fix it.

"They'll fix those parts hopefully or maybe I'll have to put them up in Toto [Wolff]'s office or something and sign it and say sorry." 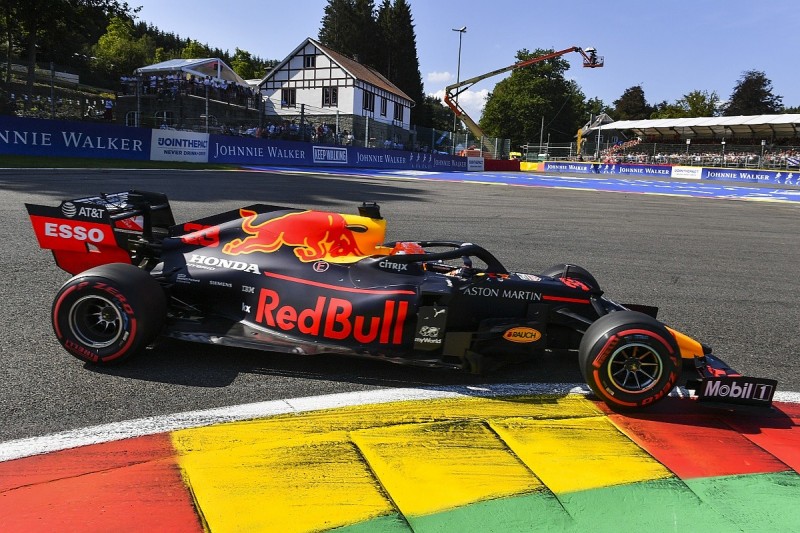 Red Bull driver Max Verstappen says the engine issue that he has struggled with all weekend at Spa forced him to run conservatively in qualifying but does not expect it to handicap him in the race.

Verstappen's Honda engine has consistently gone into an error mode when running in high-power qualifying trim, forcing him to reset.

"The whole weekend we couldn't use our normal power modes," said Verstappen, who eventually qualified fifth.

"All the time I wanted to go up on power like we normally do every weekend the engine somehow went into an error.

"I had to run quite conservative in qualifying, so even compared to our normal power, we were down. It cost us a couple of tenths, which is of course not what you want around Spa.

"The whole weekend, same problem. We know what it is, and I need to do two changes on the steering wheel to get it back to normal."

When asked if it would impact him in the race, he said it would only be an issue when fighting a rival who could use a qualifying mode to defend. 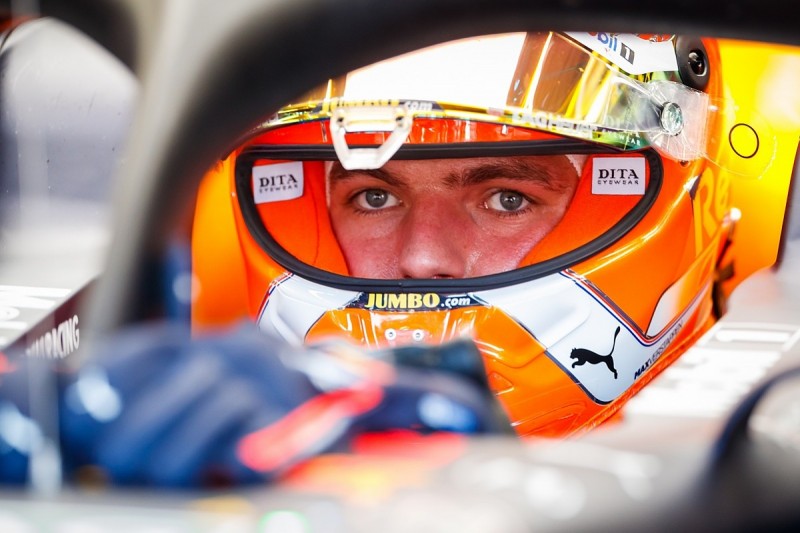 "You can't really use your quali performance many times in the race," Verstappen explained.

"I think it should be fine. It's just Mercedes and Ferrari can defend a few times with quali mode, that's it."

Verstappen expects to be able to challenge the two Mercedes drivers who start ahead of him, but he believes that the Ferraris are out of reach.

"I expect the Ferrari cars to be ahead, because with their top speed even if you were to be faster than them you wouldn't get them on the straights. They will be difficult to beat.

"[If] you have the top speed advantage so you can look after the tyres a bit more in the corners."