While his sensational Monza victory, McLaren’s first for nearly nine years, was a reminder of his undeniable talent, it will stand as an outlier result from his time at Woking, bar any shock heroics in the second half of the season.

Few thought things would end like this. Ricciardo’s arrival for 2021 was seen as a coup for McLaren, snaring the Australian away from Enstone - an act it is now set to repeat with Oscar Piastri. Ricciardo's struggles through last season were put down to acclimatising to a new car philosophy, which were gradually ironed out and led to his Monza victory. Surely it was cured for season two with McLaren.

And yet the struggles not only continued, but deepened. After 13 races in 2021, Ricciardo had 56 points on the board and nine points finishes. His haul this year? Just 19 points from five races, three of which came for sixth in the Imola sprint.

So why has Ricciardo struggled so much with McLaren’s Formula 1 cars over the past two years?

The important thing to bear in mind is that while the 2022 regulations may have heralded a technical overhaul for F1, they did not eradicate many of the characteristics of the McLaren car that made it so tricky to drive last year. The MCL36, just like the MCL35M, excels in high-speed corners but struggles more when it comes to the medium-speed stuff.

At the end of last year, McLaren technical director James Key spoke of a desire to attack the weaknesses and “account for them with a blank sheet of paper”, ensuring there were “no legacy built in behaviours in a new car like that.” But Ricciardo ended up encountering the same struggles with the new car.

"The regulations make the car feel different, but the DNA of the car is still very similar,” Ricciardo told Autosport in an interview ahead of F1’s summer break, before plans for him to be replaced by Piastri were set into motion. 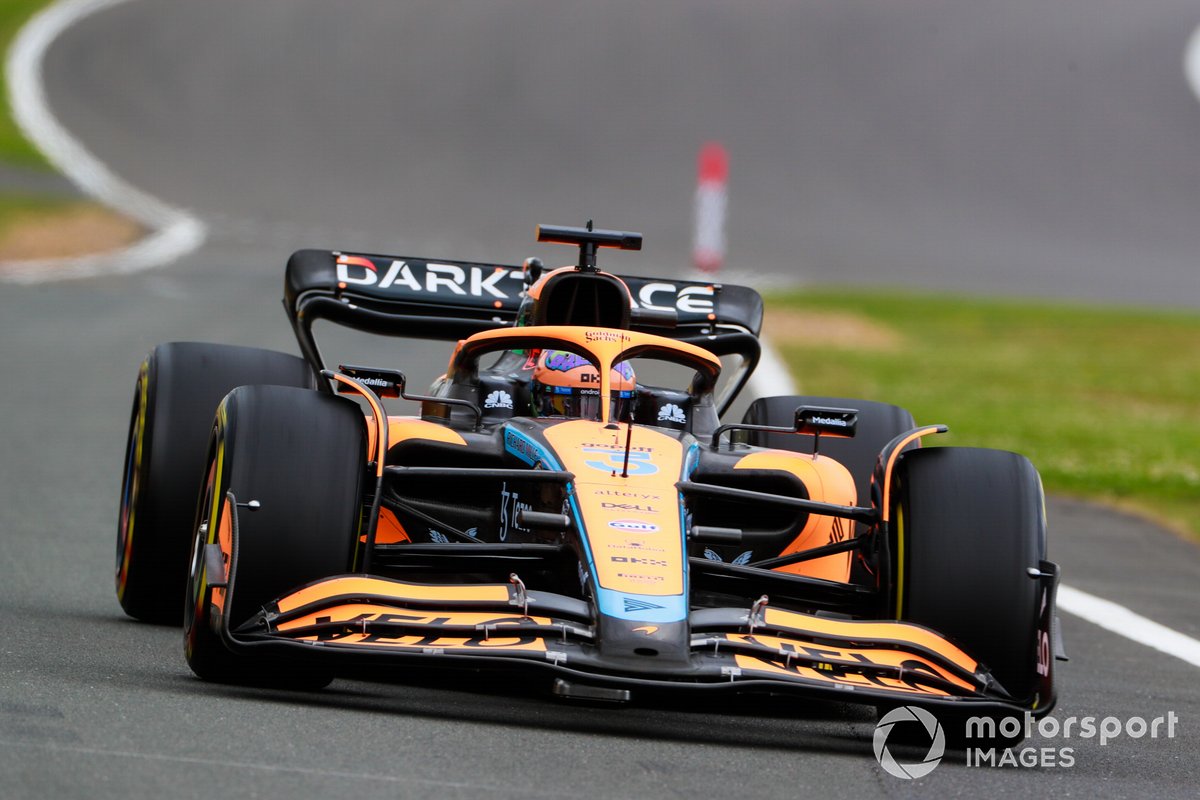 Norris will hold his hands up and admit he’s in a similar boat with the quirks of this year’s McLaren car. “The car I have now is completely not what I want for my driving style, and very unsuited for me,” he told Autosport in an interview over the Hungary weekend. "It’s not a bad thing, it’s just that’s what it is, and you have to adapt to it.

“That’s why I feel like I’ve done a reasonable job this year, adapting to something that is not quite what I want or like.” He added with a laugh that it “blows my mind” he managed to finish on the podium at Imola, given the car’s limitations.

It points to the difference between Norris and Ricciardo this year. While Norris has been able to adjust and work around the characteristics of the MCL36, Ricciardo has struggled to do so in the same way. He has always been a driver who thrived off having complete confidence in the car, allowing him to be aggressive and throw it around. The McLarens of the past two years have not given him the chance to do that.

Ricciardo said new issues have emerged with the car this year that served as further setbacks. “Some of the, let’s call it struggles or difficulties, are a carry over - and then there might be a few new things where you’re like, damn, OK!” Ricciardo said. “It kind of just comes down to the feel. It’s probably still hard to get a read, I guess, and to really build consistency in a race sometimes. My lap time variation might be quite big, and that’s normally like uncharacteristic.

“That kind of highlights where I’ll get caught off or something, I’m like, ‘oh shit, I didn’t expect the car to do that in that corner.’ It’s still just a little bit tricky to read I guess, going on a simple term.”

While Norris has been more consistent in races, Ricciardo has tended to tail off more due to these drops in pace. Ricciardo has also struggled more to understand why the car reacts like it does at times: “That’s where it can build some frustration, like, ‘why did I lock up then? I didn’t do anything to provoke that, so why the hell did that just happen!’ Just stuff like that.”

The adjustment Norris has made compared to Ricciardo has gone a long way to explaining the gaps between them at points this year. But it has not knocked Ricciardo’s confidence or led to any self-doubt about his ability.

“Some days when it's eight-tenths off… me, I don't believe this can be possible, you know?” he said. “Because even you look across the grid, even the best driver on the grid, whoever you say it is, whoever someone says it is, they are not eight-tenths better than the second best. Like, this is a big gap.

“There is still a lot I'm trying to learn with the car and understand, not always that easy to figure it out, but I feel we are getting closer.” 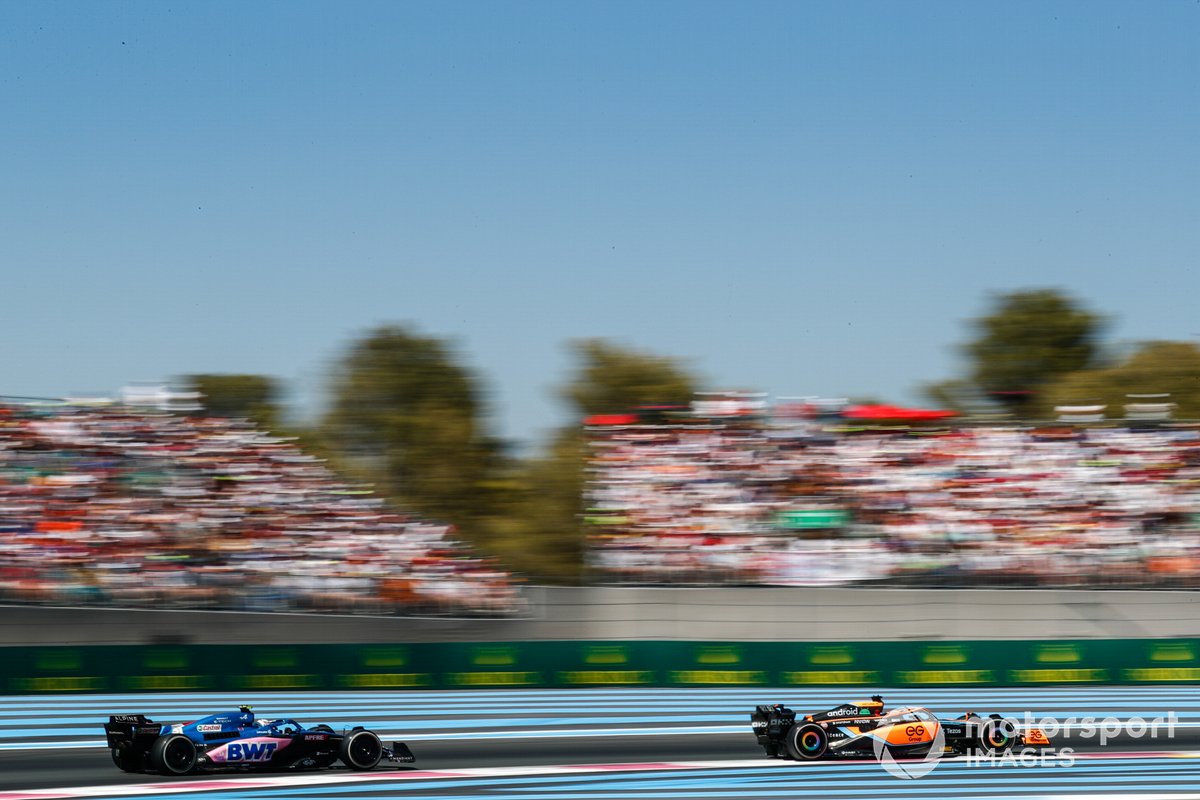 And there has always been that confidence from Ricciardo things would come good. A repeat his his Monza victory may be a stretch, but he never wavered from saying a breakthrough was not far away. “We obviously tried a lot of things,” he said. “I think this year we’ve understood more and some of that understanding is definitely carried over from last year. I’m still not setting the world on fire, but I’m not saying a win is going to happen in a week, but I feel like it’s going to come.

“That’s certainly what keeps me motivated. I can see with what the team around me is doing as well, like, they believe it. They’re not just telling me things that I want to hear. There is some method to the madness, if you will.”

But the breakthrough Ricciardo needed did not come quickly enough. As much as McLaren may have said it was committed to getting him up to speed, its patience grew too thin. Piastri’s surprise availability became an opportunity the team felt too good to pass up, even at the expense of an established winner like Ricciardo.

That is what needs to be remembered in all of this. Ricciardo is an established winner. All eight of his F1 victories have come in cars that were not the fastest on the grid, proving his ability to wring performance out of his machinery. Sometimes though, the driver/car combination does not gel well - and this has been exactly that. It is not entirely on him this partnership did not work.

Wherever Ricciardo ends up next, the goal will be to rediscover his mojo and, to some extent, rebuild his reputation. A car he can click with will be the key to quickly make that happen. 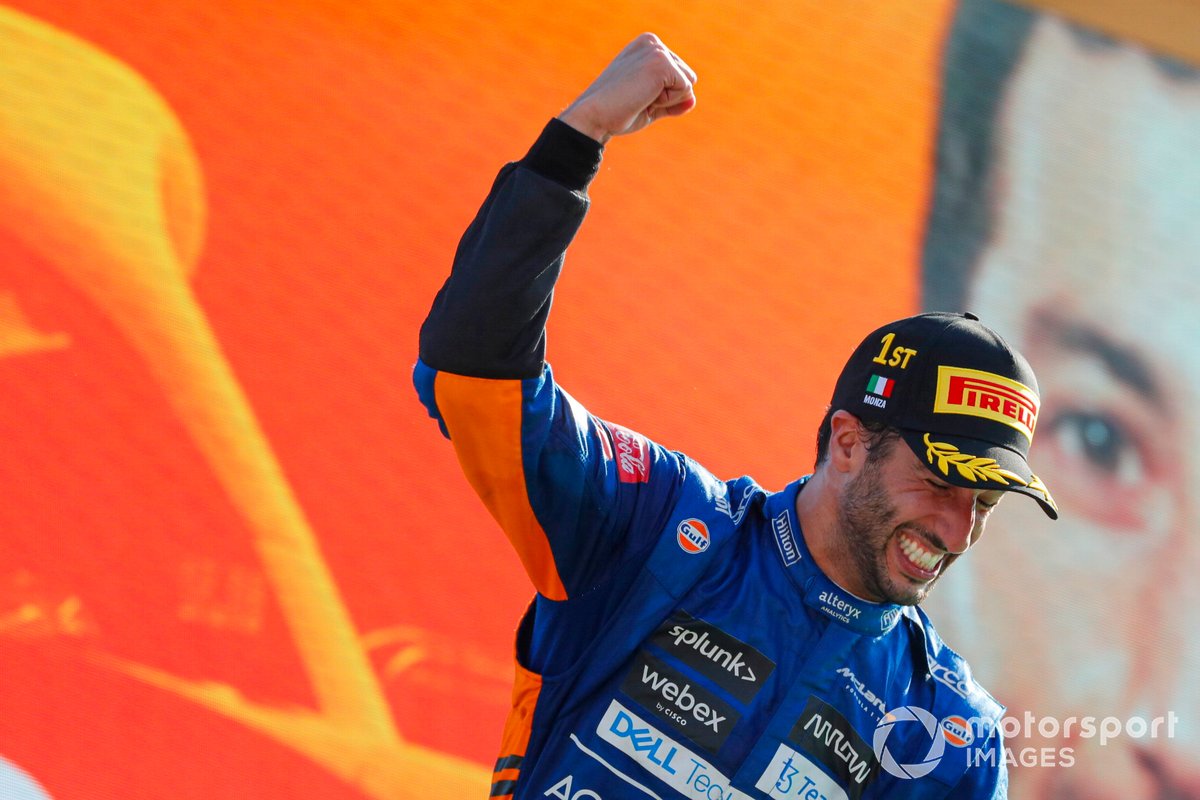