Formula 1 chiefs have always been very selective in the words they have used to describe the readiness of the new Saudi Arabian Formula 1 track.

With images showing just how much construction work was still ongoing in the corniche area north of Jeddah, comments from the championship’s bosses were always explicit that the ‘track’ would be sorted on time.

The inference from that was that a lot of the intended infrastructure around the circuit that is normal for F1 venues – like offices, hospitality units and other facilities – were lagging a bit behind.

Was F1 heading into a bit of a South Korean Grand Prix situation where chiefs had talked of a track that blasted through a city complex – but the city never got built before the venue was abandoned?

A quick walk around the Jeddah facilities has shown why F1 spoke the way it did, for it’s fair to say that there remains a lot to be done for the entire venue to be complete and declared fully finished.

So while the paddock itself looks great, and the garages all ready for teams like anywhere else, a quick walk to the bottom end of the pitlane highlights how much work is still underway.

Peering through the paddock fence, with mud and building materials still piled up as workers bid to finish things, there is no doubt it will still take some months of effort before the full Jeddah facility can be declared complete.

But ultimately it not really a surprise that things have gone to the wire, with work on the venue only beginning in April. The eight-month period is the shortest time ever that an F1 track has gone from idea to reality.

Although the work-in-progress aspects may matter to the perfectionists, let’s not forget that it being a night race means that much of the unfinished work will remain hidden from the TV shots. 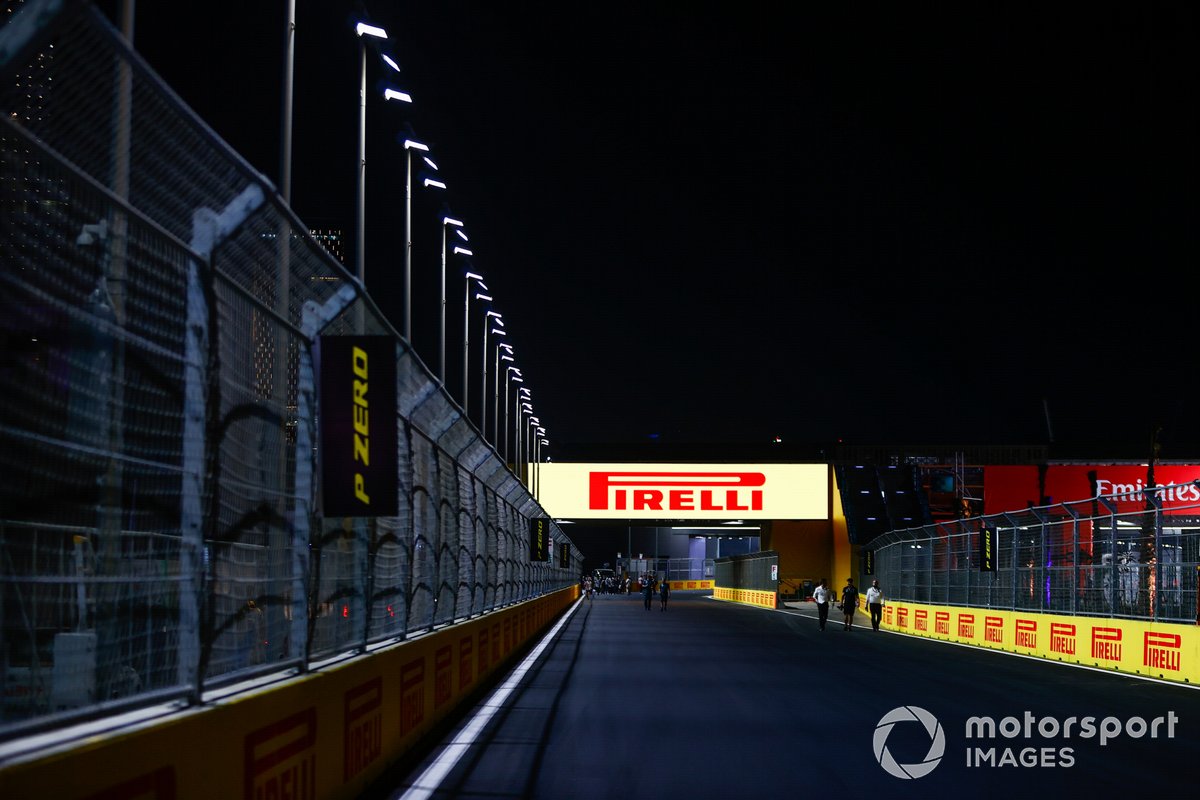 Plus, for teams and fan around the world, the key thing is that the track itself is sorted – and on that front Saudi could have delivered a bit of a gem.

After years where F1’s new venues were criticised for being look-a-like Hermann Tilke circuits with tight and medium speed corners that offered little to get the blood flowing, the super-fast Jeddah circuit is unlike anything seen before.

At 6.175km in length, its 27 corners (16 left and 11 right) make it the second longest track on the calendar after Spa-Francorchamps.

But while Spa has three unique sectors that make it easy to learn, the tight confines of the Jeddah walls – and the look-a-like nature of the blast up and down the Corniche, provide their own unique challenge.

Speaking to Pierre Gasly about the layout, he admitted it had been a difficult one to learn in the simulator.

"Yeah, it's the sort of track where initially everything looks kind of similar," he said.

"I tried it in the simulator, usually in a lap or two, everything looks different, so it’s very easy to memorise. But here you get into this sort of first complex like Turn 4-5-6-7, and it looks very similar to all the back straight.

"So it took a couple more laps than usual to really get it into my mind. It's all relative, maybe like talking five, six laps before I really get on top of everything. Once you're in between these walls, they are all blind corners. So they all look very similar."

But beyond the difficulty in learning the circuit, it is its high speed nature that is going to stand out as a talking point of the weekend.

An average predicted lap of 250km/h, with top speeds in excess of 322km/h on the run down to Turn 27, and full throttle for 79% of it, it is a place where you don’t want to make errors. 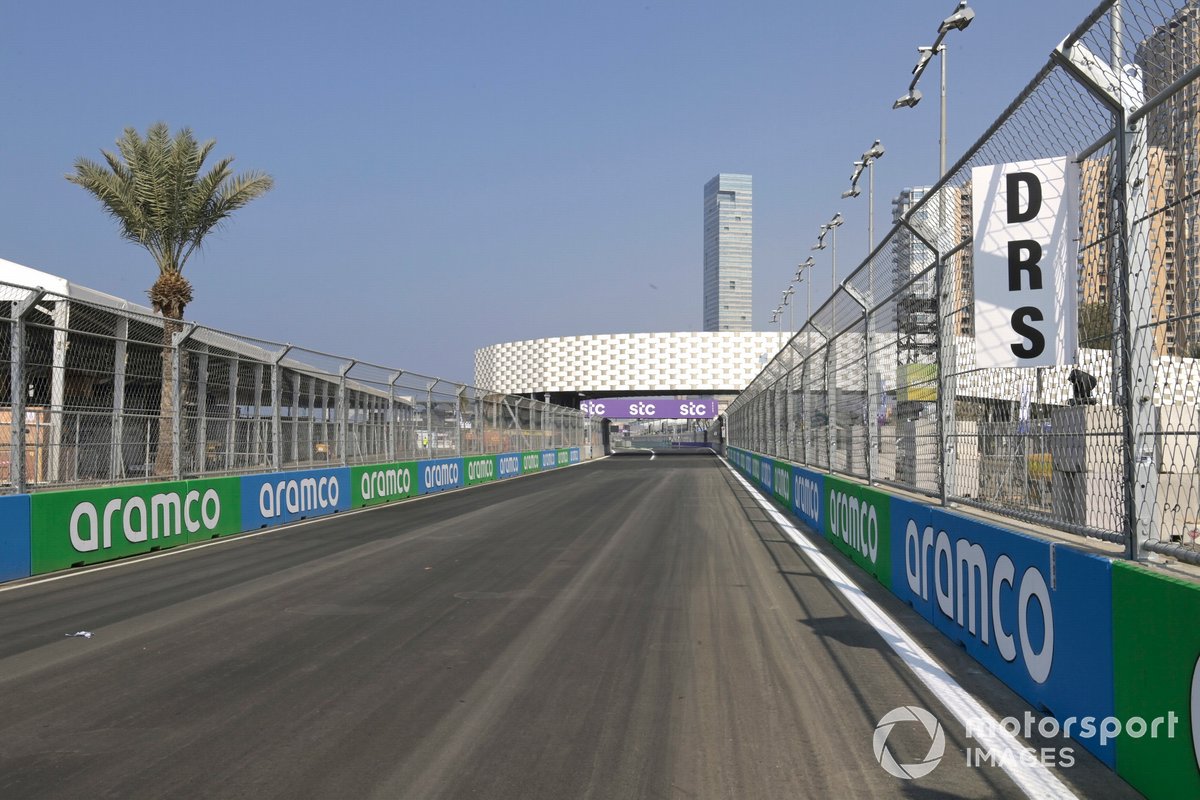 Overtaking will be tough because of the lack of braking areas, but three DRS zones and the powerful slipstream that is afforded by F1’s current high drag cars, could make it a bit of a slipstream fest.

And that is why it is a track that is going to reward precision and bravery.

Touring the track on Thursday night, it has sections that feel as fast and narrow as the iconic Macau F3 circuit, allied with parts that are reminiscent of F1’s abandoned complex in Valencia.

Plus, there is that unique slightly banked Turn 13 hairpin at the top of the circuit which will be pretty quick, and leave no room for any mistakes on the way out.

F1 drivers are certainly wary of how much the Jeddah complex could bite this weekend – as one error could be enough to put a car heavily into the wall and derail the entire weekend. It's not a place where you have small accidents.

And in that respect, the Saudi weekend could prove to be more like the experience that many drivers have from Macau – where they have to build up their speed and confidence rather than go at it from the start.

Attack it too soon and get too confident, then that normally results in an early crash and game over. Leave it too long to get up to speed, and you can find yourself on the backfoot.

Things are also not going to be helped by the fact that the track looked incredibly dusty when F1’s medical and safety cars did their reconnaissance laps on Thursday evening.

Yes the Jeddah track may be a little rough around the edges, but all of that will not matter one bit if the grand prix weekend itself delivers on the potential it has for F1's biggest step into the unknown we have had for years. 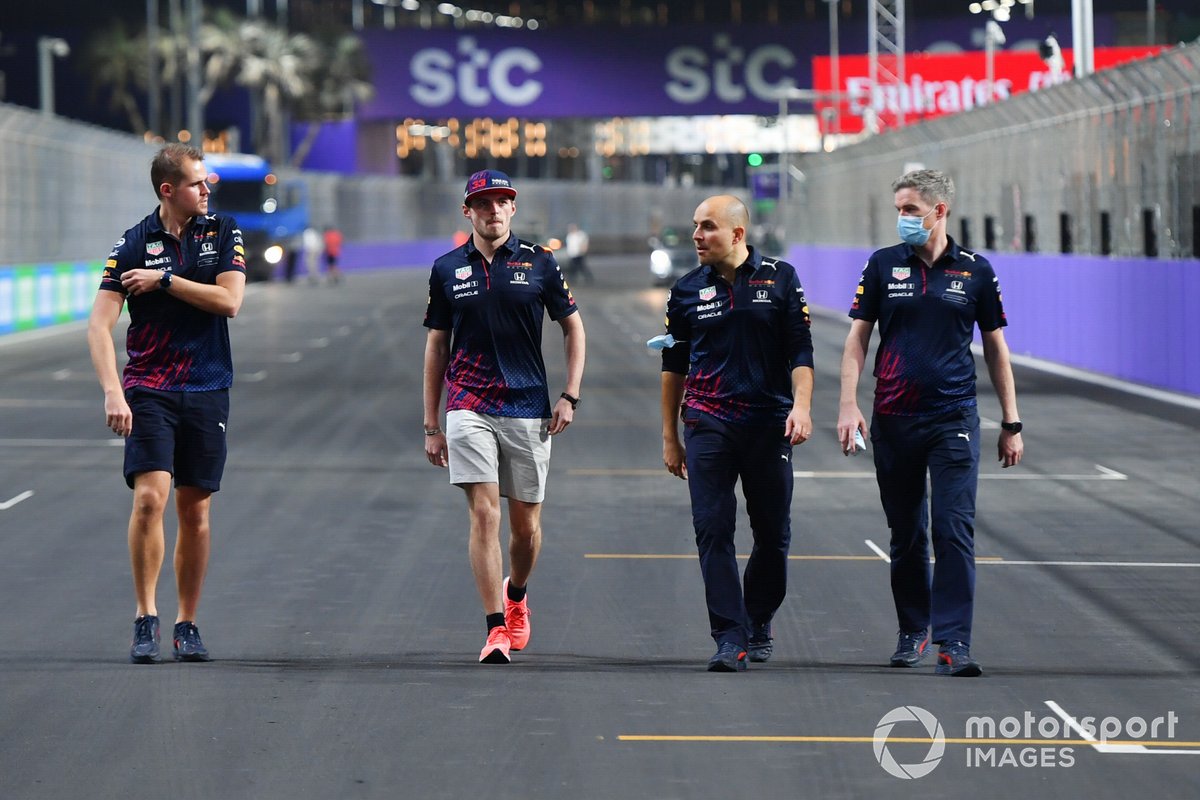