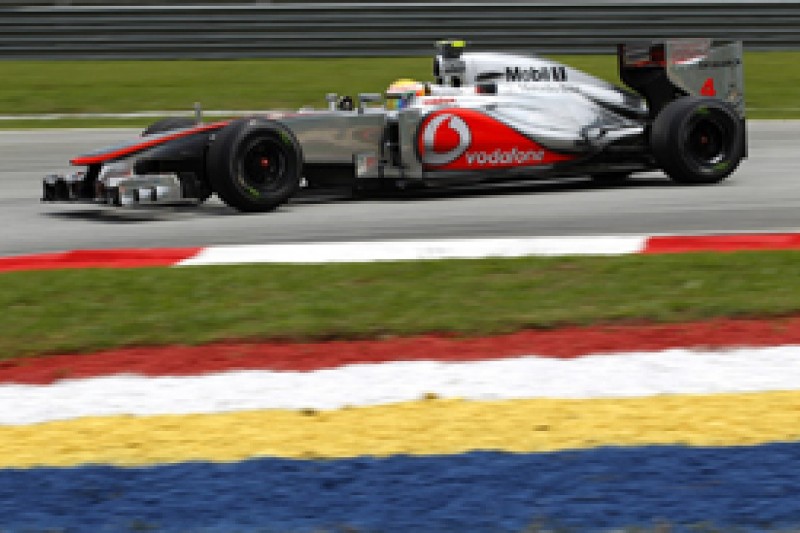 No matter what happens in the remaining part of the season, the Malaysian GP will be one of the most thrilling races of the year. AUTOSPORT guides you through how the weekend unfolded at Sepang

Practice one - Friday am

Lewis Hamilton may have ended the Australian Grand Prix looking somewhat gloomy, but five days later he was firmly back in business and going fastest in the opening free practice session for the Malaysian race. A 1m38.021s lap put the McLaren man on top just before the session's halfway point, and proved unbeatable. Sebastian Vettel had briefly swapped first place with Hamilton before having to settle for second, half a second adrift.

While one McLaren was leading the way, the Melbourne-winning one was languishing in ninth, as an oil leak sidelining Jenson Button in the garage after 15 laps. Mercedes was expected to be very competitive around Sepang with its trick DRS likely to be a huge benefit on the track's long straights. Sure enough, Nico Rosberg and Michael Schumacher were third and fourth, while Lotus looked strong too with Romain Grosjean fifth and Kimi Raikkonen seventh, sandwiching Mark Webber's Red Bull. There was no upswing for Ferrari at this stage, though - Felipe Massa and Fernando Alonso 13th and 15th.

Five themes to watch for in Malaysia

Fernando Alonso positive over the progress Ferrari has made