New Alpine Formula 1 boss Otmar Szafnauer has made it clear that his authority was being undermined at Aston Martin, noting that a team can't be run by "two Popes".

Szafnauer contrasted life with Aston Martin owner Lawrence Stroll, who is closely involved in the decision-making process, with how the former Force India team operated under previous owner Vijay Mallya.

Szafnauer parted company with the Silverstone outfit at the start of this year, and was quickly recruited as the new team principal of Alpine.

"Like a friend of mine told me the Catholic church only has one Pope," Szafnauer told F1 TV.

"And when you have two Popes, it's just not right. So I think it was time to leave and leave Aston Martin to their one Pope, and I'm going to try to help out Alpine to the best of my ability.

"Everybody's got an owner, and everyone's got a boss. So that bit of it isn't difficult. But the owner and boss that I had before didn't micromanage at all, completely left me to it.

"And the culmination of that work is showcased at the track. But the real work with all due respect to the mechanics and race engineers and the drivers here is done at the factory.

"Vijay would come three, four days a year. So the rest of it was completely left up to us. It's a different way of working." 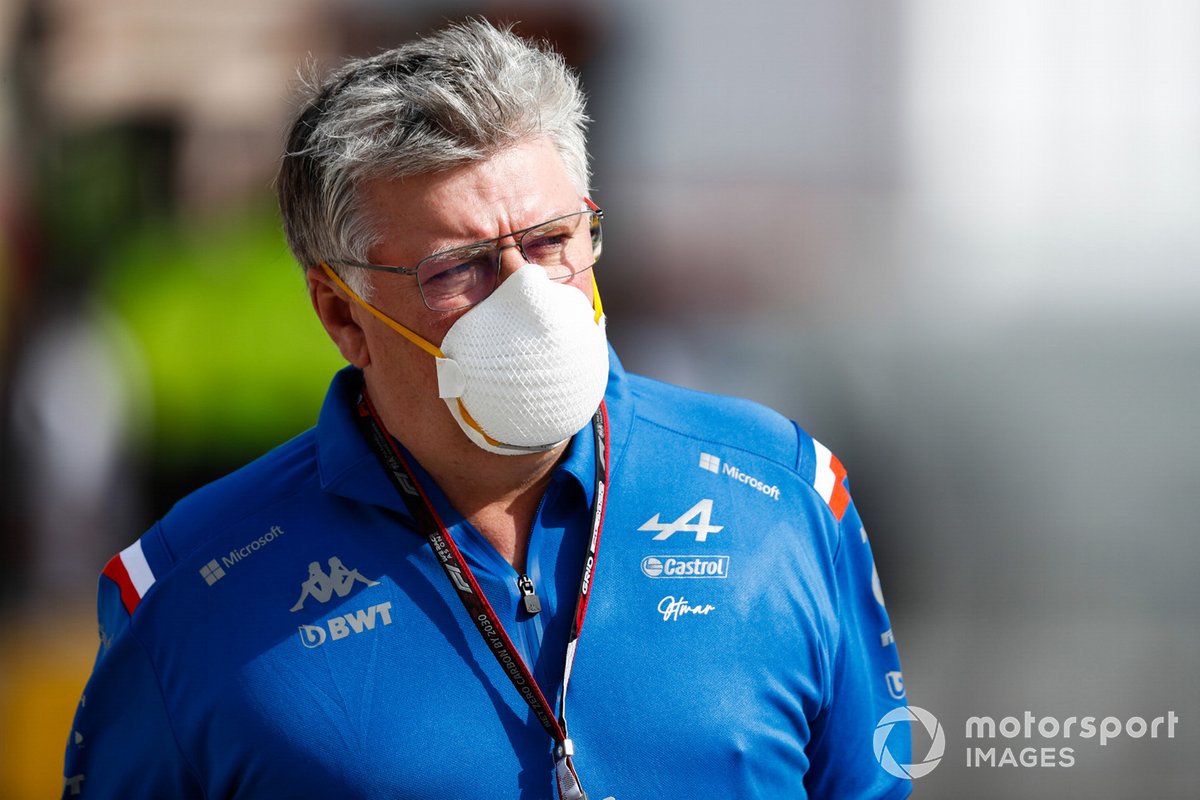 Szafnauer says he won't be rushing to make any changes at Alpine, and his priority is to learn how the team works before making any calls on what might be improved.

"The first thing I think I need to do is learn," he said. "Learn how Enstone is different from where I came from, to learn everybody's name, learn the personality of the place, the DNA, and just learn.

"I remember when I came to Force India, I was asked what are you going to change? Force India was last when I went there.

"And you can't just make change for the sake of change, you have to understand, because I'm sure there's a lot of good, and why would you change just to change? You might be changing what's good. So first and foremost, deep understanding."

Szafnauer knows Esteban Ocon well from their days at Force India/Racing Point, but he has to build a relationship with Fernando Alonso.

The American sees some parallels with Sebastian Vettel, with whom he worked at Aston Martin last year.

"I've got great respect for him. I met him when we were deciding who to take alongside Lance [Stroll] as well. So I had discussions with him.

"And I worked with Sebastian Vettel most recently, four-time world champion, he has a very similar work ethic.

"Or I should say, Fernando's got a similar work ethic to Sebastian, and that need to compete at the highest level, leave no stone unturned, grab every little bit of performance. So I get that.

"Fernando will be easy because I'm the same. I want to do exactly the same. It's just how you go about it, how you treat others to get the most out of them. That's the key."