Lance Stroll feels his performances in 2020 helped answer "a lot of questions to myself" over his ability, building his confidence in a good Racing Point Formula 1 car

The Canadian helped Racing Point finish fourth in the constructors' championship, narrowly losing out to McLaren in the fight for third as it regularly competed towards the head of the midfield.

Racing Point took a major step forward in 2020 after basing the design of its RP20 car on the 2019 title-winning Mercedes W10, as well as benefitting from financial stability through the design process following Lawrence Stroll's takeover in 2018.

Stroll Jr said the 2020 Racing Point was "by far" the best car he had driven through his F1 career, and helped build confidence in his own ability after previously struggling in worse-performing cars, particularly at Williams.

"If you get a good car, you get good results, and then you just build confidence from there," Stroll told Autosport.

"Sometimes when I was in a bad car, if anything, it kind of backfired on me.

"Especially in the beginning of your career, when you're in a bad car and you don't know what it's like to be in a good car until you sit in one, you kind of start to question what your ability is like, and if it is as good as the others that are in good cars, because you just don't know what a good car feels like. 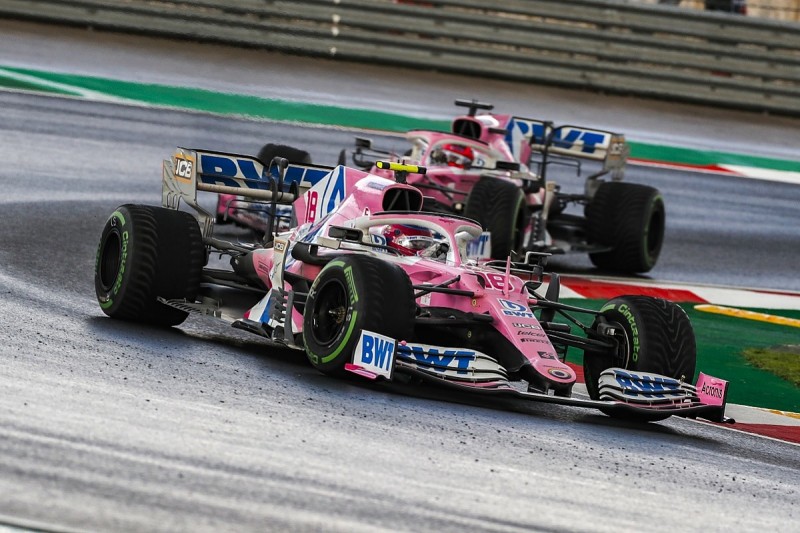 "I think this year, I proved a lot to myself. I just answered a lot of questions that I've been asking myself in the last few seasons up until I had the opportunity to sit in a car that really performs."

Stroll became the youngest driver in F1 history to score a podium in his debut season when he finished third for Williams at the 2017 Azerbaijan Grand Prix, and recorded a handful of further points finishes through his rookie campaign.

But as the team's form slumped in 2018, he was limited to just two top-10 finishes, prompting a switch to Racing Point to coincide with his father's takeover of the team.

Stroll said his previous form left him asking himself "the simple kind of questions" about his ability.

"A lot of it also wasn't all down to results, it was just like, 'what does a competitive car feel like?' How much better is it?

"[I didn't know] until I sat in this year's car and I realised how much of a difference there was, and how much I could also build on my driving being in a good car.

"That's one of the biggest advantages of being in a good car is what you can get out of yourself. It gives you so much more confidence driving the car. It allows you to attack the corners much harder and just push the car much harder.

"As drivers, that's what we want to be able to do. And sometimes when you're in a bad car, it takes away that confidence and that ability to push the car. That has a big impact on a driver."

Renault says its bad days were key to 2020 F1 progress