Stoffel Vandoorne feels he can perform like Fernando Alonso now

McLaren switched to a Renault engine supply for 2018 and although it has not been able to escape a tight midfield battle, Vandoorne has been much closer to Alonso's performance.

He has qualified one place behind his team-mate in all three grands prix, trailing him by 0.25 seconds on average, with his race highlight being a Bahrain charge to eighth after falling to last at the start.

Vandoorne said he was beginning to emulate Alonso's ability to "still be able to pull it out of the bag" in tougher scenarios.

"He knows how to overcome a few things, how to build his weekend towards that critical moments," said Vandoorne of Alonso's 17 years' experience.

"It's one of his strengths, whatever the conditions and circumstances he always delivers at 99% and that for me has been very good to learn out of.

"I definitely feel I became a lot stronger and am able to do this myself a lot more now whenever conditions are difficult or the situation is tricky."

McLaren's lack of one-lap pace at the start of the season has left it unable to make the final part of qualifying so far.

Alonso has translated that Saturday disadvantage into big hauls on Sunday, and lies sixth in the drivers' championship with 22 points.

Vandoorne, who only has six points and struggled more in the last race in China than the first two GPs, insists he takes the challenge of being Alonso's team-mate positively.

"I have a great benchmark, I know exactly when I'm up there, fighting for the last few hundredths, we're getting 100% out of the package," he said. 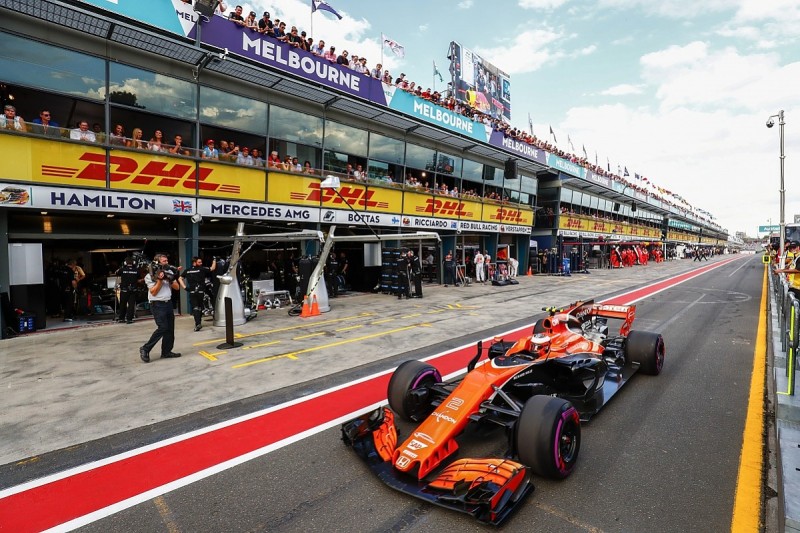 During his tough F1 initiation Vandoorne was knocked out of the first part of qualifying for the first five races of 2017 (pictured above in Melbourne last year) as Alonso progressed each time.

He admitted he needed a "completely different view and expectation" from his frontrunning junior career, in which he won titles in the Formula Renault 2.0 Eurocup, Formula Renault 3.5 and GP2.

"It definitely was a change of mentality," he said. "We knew last year it was very hard to even score a point, so it's a very different approach.

"At the start, maybe it was a bit difficult, but you learn how to deal with things during a season and the middle to the end was very good.

"You set yourself new challenges, and in the end it was very meaningful to overcome the struggles and different problems we had."