Nikita Mazepin will get the new chassis he has been seeking for this weekend’s Belgian Grand Prix, although Haas Formula 1 boss Gunther Steiner is unsure it will change much.

The Russian driver has complained that a heavier car compared to teammate Mick Schumacher has made things more difficult for him this season.

Speaking in Austria earlier this year, Mazepin said that the extra weight made him feel like a ‘carrot that was about to be caught by a rabbit’ as his teammate caught up with him.

Haas had promised to take action to help Mazepin and has now confirmed that from this weekend’s race at Spa-Francorchamps the youngster will get a new chassis.

But, while Mazepin will be hoping it helps lift his on-track performance, Steiner is not sure that the difference will be that noticeable. For a start he is clear that it will not improve the chassis stiffness.

“Yeah, he got the new one,” said Steiner, when asked about the switch.

“You cannot change the stiffness of a chassis without changing the homologation. It's a homologated chassis. So it will be very similar.”

Steiner said that there was no financial consequence to the move, and the ultimate benefit to Mazepin would only be seen once the cars hit the track.

“No, there is no financial impact on it,” he explained. “But performance wise, I mean, we will see if there is a difference.

“I don't know if Nikita feels any different, that is more down to him than to me. But otherwise, as I said, it's an homologated chassis. We had two old ones, because one obviously we destroyed last year [Romain Grosjean's in Bahrain], we burned that. So we’ll see.” 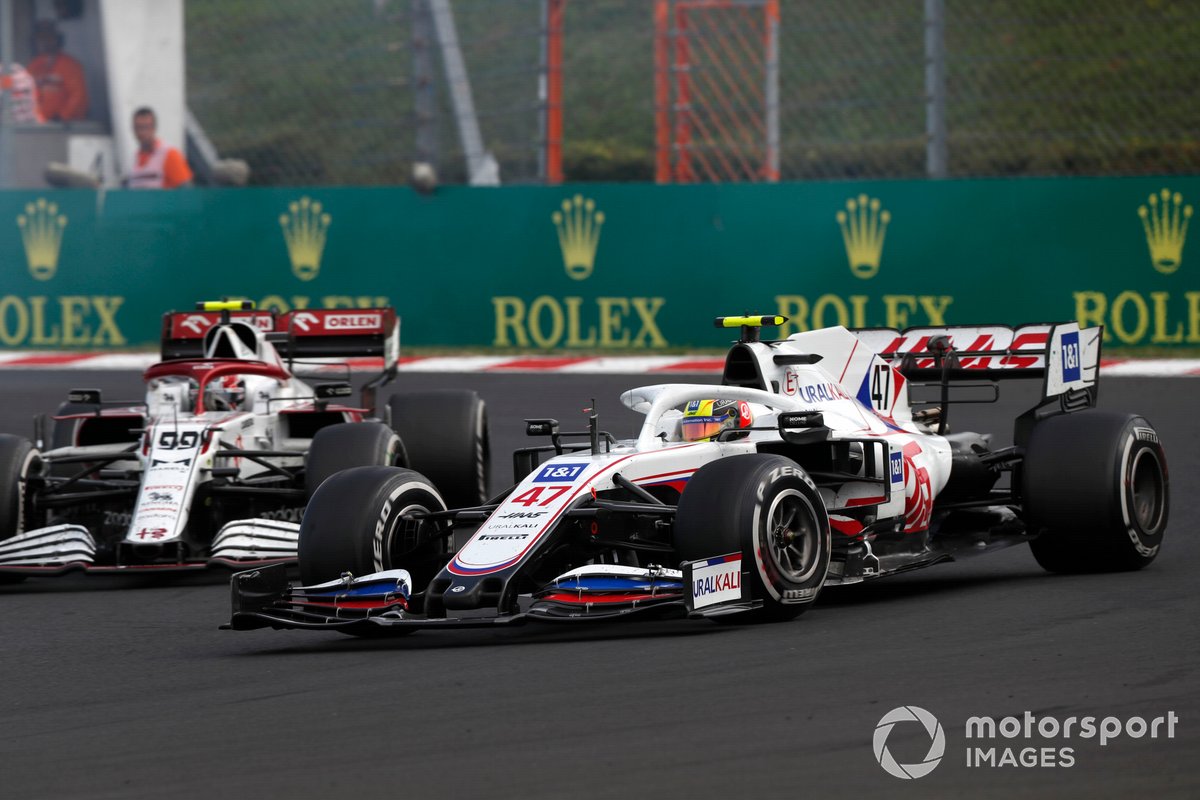 While Mazepin has got a new chassis for Belgium, Schumacher is still pushing on with his old ‘crooked’ seat.

The German has admitted that his seating position this year has not been fully straight on, something Haas has been looking to address.

Speaking about the situation, Schumacher said: “We are working on it, but I am still driving with the old one.

“We are kind of trying a hybrid of the seat we did at Silverstone and the one we have now. So a mixture of both. The one seat we did in Silverstone doesn't fit in the car like that. There are a few points that just don't work.

"Although it actually feels very comfortable and straight. We still have to wait a bit and fine-tune it, and try to make it a hybrid.”