The reigning Formula 1 world champion has had a troubled weekend in Spain, with electrical problems and the need to change a wiring loom ruling him out of the majority of Friday practice, and then the gearbox issue leaving him 10th on the grid.

Red Bull said it was not yet clear whether a mechanical or software issue had caused the problem.

"I left the pits in Q3 and selected first gear to leave then went up to second and I lost drive in second gear," Vettel explained.

"I went to third and had third, so decided to keep on going without second gear.

"By Turn 1 I got stuck in fifth gear and couldn't go up nor down so lost drive and had to stop.

"There is no damage to the gearbox today, so no penalty for tomorrow."

Vettel admitted that his disrupted build-up was likely to put him at a disadvantage in Sunday's race.

"It's obviously tough because I don't have as much information on the car and I can't get into a rhythm having missed both practice sessions," he said.

"Unfortunately a very small cable got caught in a tricky place yesterday and we were just unlucky." 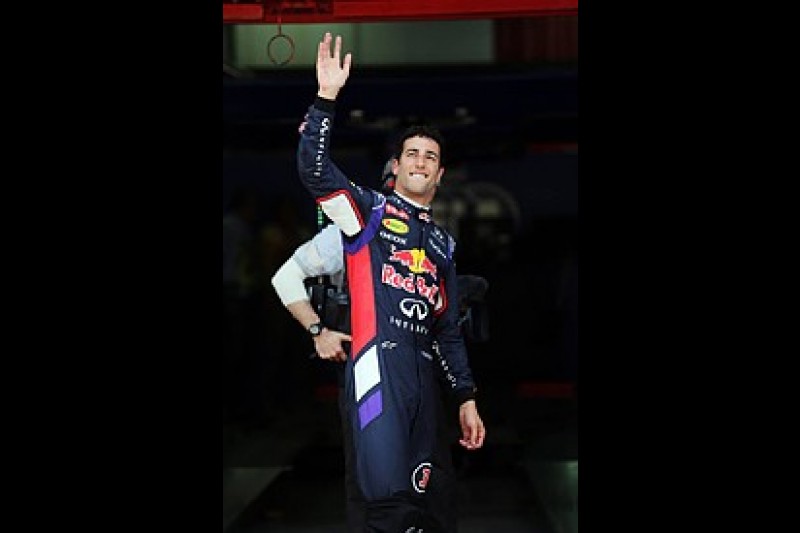 His team-mate Daniel Ricciardo qualified third, beaten only by the currently dominant Mercedes.

Ricciardo did not rule out trying to challenge Lewis Hamilton and Nico Rosberg in the race, but conceded that 'best of the rest' honours were more realistic.

"One second [gap to pole] is too much - even with a different strategy in the race, it will be hard to make up one second," said the Australian.

"We have to keep chipping away. We will put up a fight tomorrow and at least get on the podium. If we cannot do anything about them, we will try to keep the others behind us.

"The pace yesterday was good, still not as good as Mercedes but in relative terms we made the tyres last a long way."