Fans and some teams were left in a state of confusion for nearly four hours after qualifying for the Italian Grand Prix when nobody was sure how the FIA would implement a spate of grid penalties and settle on the final line-up.

The uncertainty about the grid, and the length of time it took to be confirmed, prompted suggestions that a better system should be implemented – especially as the FIA regularly waits until scrutineering is complete before issuing any provisional grid.

But F1 stalwart Permane, who has worked in the sport for decades, thinks an obvious solution would be to set up a computer programme that would instantly be able to work out the penalties the second the final cars crossed the line.

For he reckoned that while some teams fully understood the penalties and how they are implemented – which changed in 2020 with drivers now locked in to their grid drops – making things clearer for fans would help everybody.

“We have guidelines from 2020, and I think the grid was formed exactly how it stated in that guideline,” explained Permane.

“That guideline has been developed, was developed with F1 and the FIA, and has been applied consistently since then. So I don’t think there’s any surprises in it. But there might have been among people who didn’t have the guideline, I guess.

“But I do agree that three and three-quarter hours is a bit long to wait for a grid. I think it would be relatively simple for them to publish it as the last car crosses the line, with the proviso it might change after scrutineering or whatever.

“They could plug all the known penalties into something, and it would be better for everybody.” 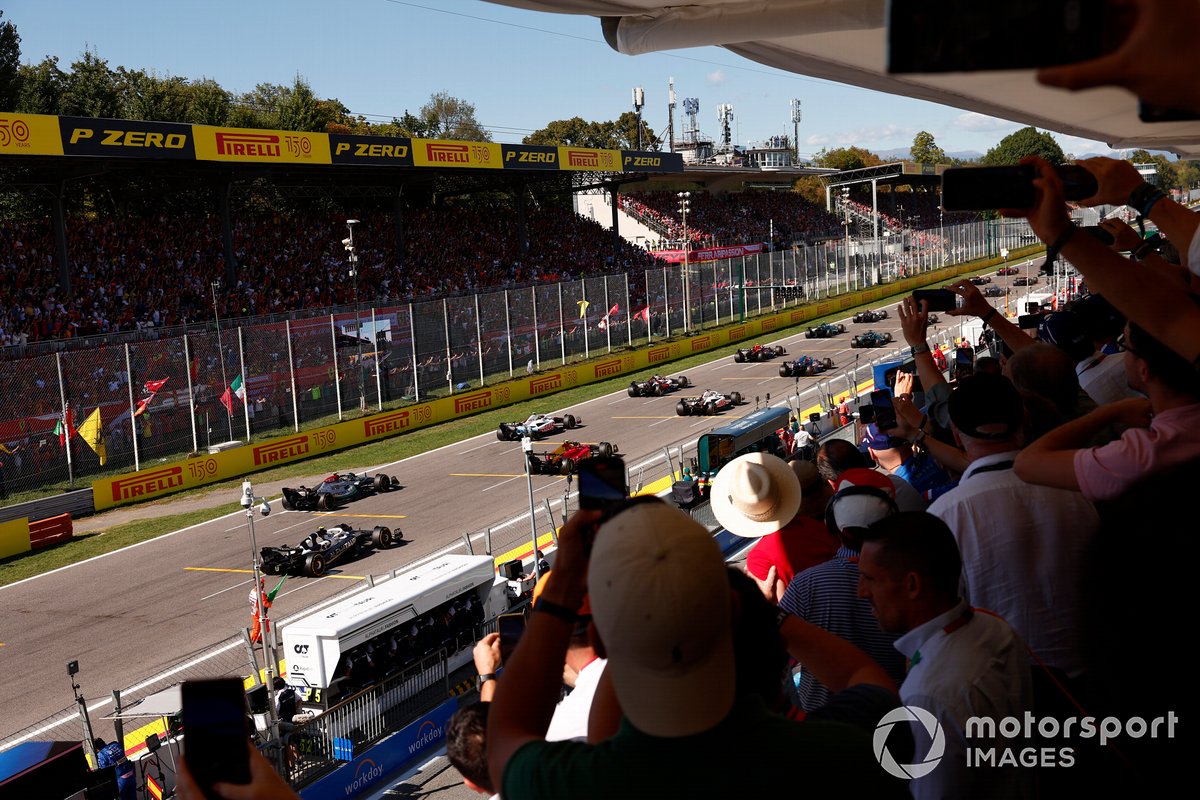 Fans look on as the grid launches for the start

The way in which the FIA process documents on a grand prix weekend is laid down in the sporting regulations, and the only proviso it has is that a provisional grid has to be published at least four hours before the formation lap.

Any tweak to procedures to allow a potential expected grid could need a change of rules, but would be something that would be unlikely to have much resistance.

Asked by Autosport if it would be straightforward to come up with a computer programme that sorted the grid penalties instantly, Permane said: “I’d imagine so but I’m not an expert!

“But you would know that the car that is in first, it’s going to have a 10-place penalty. You have all of the information at the end of qualifying, and I’m sure they’ll look at it.

“I don’t quite know why it took so long [at Monza]. I guess they were double checking, triple checking everything.

“They’re supposed to have a grid published four hours before the start of a race, so anything we get on a Saturday night is a bonus, and they publish a provisional grid.

“I get it for you guys [the media], it’s important, and it's also important for us to start building our strategies and things like that.”