Silverstone wants to extend the Formula 1 British Grand Prix to a four-day race weekend to give fans more on-track action.

The British Grand Prix has become one of the most popular races on the F1 calendar amid the series’ current boom, boasting sell-out crowds since the return of fans to sporting events last year.

A record crowd of 400,000 fans was recorded over three days for last year’s race, won by Carlos Sainz for Ferrari, exceeding the 100,000 mark for each day of on-track action.

But in a bid to give fans even more racing action across the course of their time at the track, the boss of Silverstone is now looking to extend the British Grand Prix to four days of on-track action.

Although the F1 race format would stick to its traditional Friday-Saturday-Sunday running, making the track available on Thursday would give more scope for support categories to appear on the undercard.

A similar approach is adopted for the Australian Grand Prix, which runs four days of track action to incorporate series such as Supercars, Porsche Carrera Cup and S5000 on the Thursday.

“We’re looking to extend the weekend,” Stuart Pringle, the managing director of Silverstone, said on the main stage at Autosport International in Birmingham on Thursday.

“I’m working hard on Formula 1. I believe they need to change the format of the weekend. They say: ‘Oh well it’s the FIA, they’ve got to do the systems test and stuff’ - well, do them a day earlier.

“Let’s do some stuff on Thursday. There are a lot of people who want to come and see things, and three days isn't really enough.

“Let’s make it that big, best part of a week’s festival. People do turn up at Silverstone on a Tuesday and put the tent up, and that’s it, they’re in.” 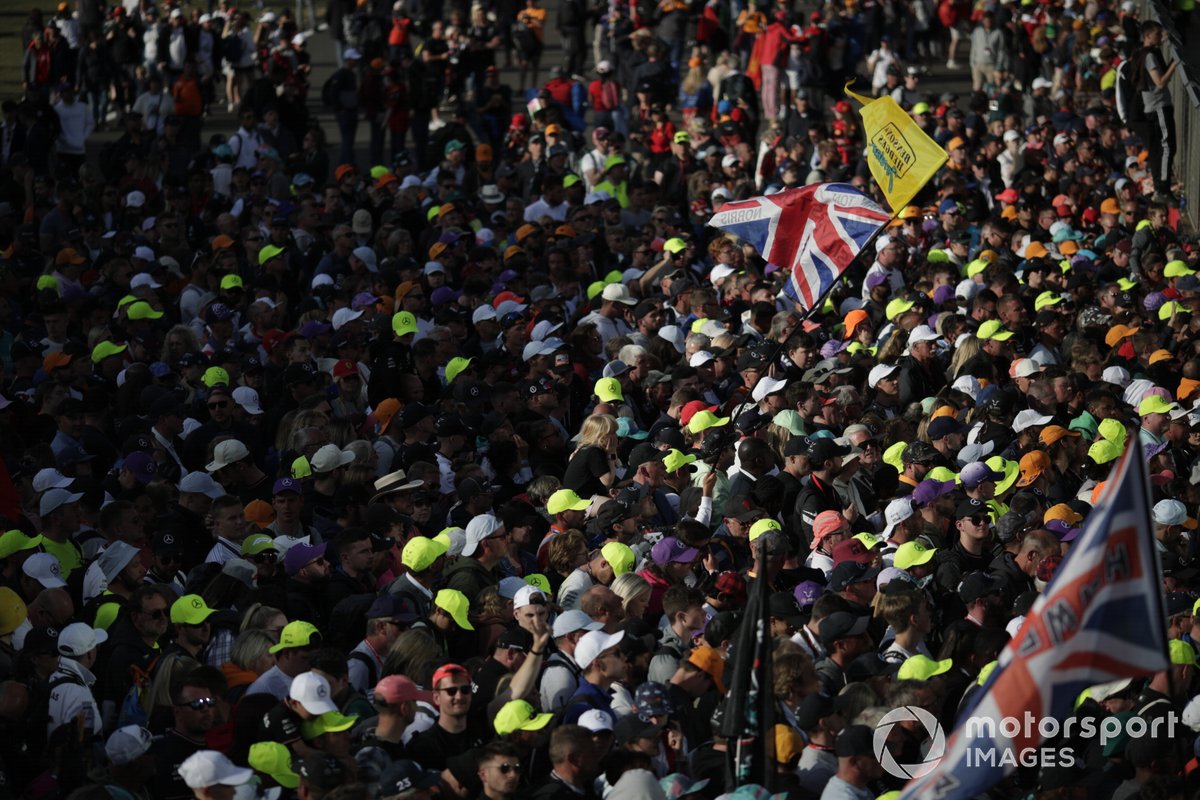 Fans gather to celebrate at the end of the race

This year’s British Grand Prix is effectively a sell-out bar some of the “more fully priced” tickets, according to Pringle, in-keeping with the trend of F1’s current boom that has led to full attendances at the majority of races.

The track has been working for a number of years to ensure there is a wider offering to fans attending the race weekend, including a greater emphasis on music events once the on-track action has finished.

Pringle acknowledged there had been a “huge change in our fortunes” from previous years when the future of the British Grand Prix at Silverstone looked to be in doubt, praising the approach of F1’s owners, Liberty Media, since acquiring the series in 2017.

“It’s a given you’re going to sell out Sunday,” said Pringle. “We got to selling out Saturday a few years ago, and now Friday is all but gone as well. That’s where your profit is. And if you don’t make profit - Mr. Ecclestone - you cannot reinvest in the infrastructure.

“It is creaking and groaning, Silverstone, because the BRDC was unable to make a profit out of the grand prix for 40 years. Now, I’m pleased to say the owners of F1 take a sensible view that is it not in their interest to crush the promoter, and they recognise the BRDC invests all of its money back into the facilities.