Seidl: Norris marshal scare "absolutely should not happen" in F1

McLaren boss Andreas Seidl says marshals running across the track with fire extinguishers is something that should "absolutely not happen" in Formula 1, after Lando Norris' worrying moment in Bahrain

In the wake of Sergio Perez's late race retirement that left his flaming Racing Point at the side of the circuit exiting Turn 10, a fire marshal ran across the track in front of Norris' car, prompting a surprised reaction from the British driver.

"There's a guy fucking running across the track!" he said over the radio.

Seidl says the matter was "obviously concerning" and needs to be treated seriously by the FIA and F1 race director Michael Masi to avoid similar incidents in the future.

At the 1977 South African Grand Prix, Shadow driver Tom Pryce and a fire marshal, Frederick Jansen van Vuuren, were both killed when Jansen van Vuuren ran across the track to attend to Renzo Zorzi's machine and was hit by Pryce, who had been unsighted behind Hans Stuck's March.

Pryce, who was struck on the head by a fire extinguisher, was also killed instantly.

"It's obviously concerning if you hear a comment like this from Lando over the radio," said Seidl.

"And it's clearly something that should absolutely not happen. But I think as well, it's something that's important to analyse behind closed doors together with the FIA. 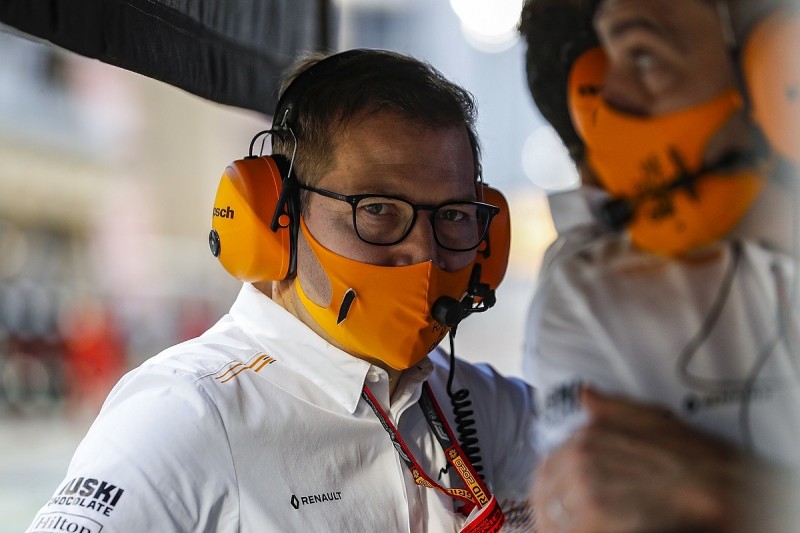 "I'm sure Michael is doing that, together with the input he wants from us.

"I'm sure the right conclusions will be made and we will keep working together on improving safety for our drivers and for all the marshals on the tracks worldwide."

Speaking about the incident afterwards, Norris said that the marshal had been hard to spot against the dark background.

"It was the last thing I was expecting," explained Norris.

"The guy didn't look left and right both ways before he crossed the road.

"It was a double yellow. And I was going slow enough, so there was no point in risking anything at all.

"But he wasn't the most visible guy, because at that point, you know, I'm looking to the sky and he's wearing black or dark blue.

"He wasn't that easy to see, all I kind of saw was a bouncing extinguisher. It was just a bit of a crazy moment."