Sebastian Vettel has admitted he would have enjoyed having Kimi Raikkonen as his Red Bull Formula 1 team-mate next year, but still hopes the chance will come again at in the future

With Raikkonen's Red Bull talks having come to an end, Daniel Ricciardo is now in pole position to replace Mark Webber at the Milton Keynes-based team next year.

Vettel had openly said that he would have no qualms about competing alongside Raikkonen in 2014, because he reckoned the Finn would provide a challenge on-track and would not play political games off it.

When asked ahead of the Belgian Grand Prix for his feelings on the Raikkonen news, Vettel said: "I didn't know how realistic it was or not.

"I have learned, similar to most of us from the press, that as it looks like, it is not the case. For sure, I have talked with the team - but it is not my decision.

"I think Kimi would have been nice in many ways, but now it is not happening, so it doesn't make much sense to talk about it.

"But who knows? He is still young. I am still young, and a lot of things can still happen, so never, say never."

With Red Bull still stalling on confirming its plans for 2014, even though Ricciardo is part of the energy drink company's young driver programme, Vettel says he is not worried about who will partner him. 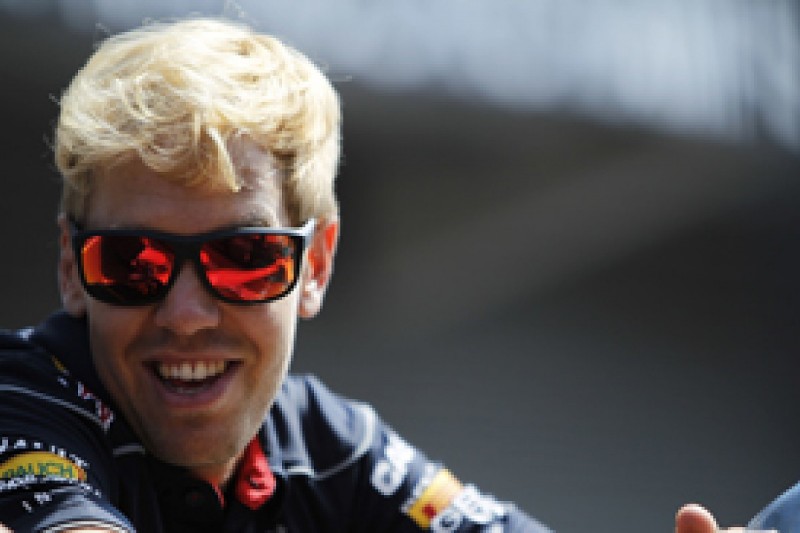 "I think at the end of the day it doesn't matter too much," he said. "Ideally you would like someone who is competitive, as competitive as you are, so you can push each other.

"But you don't have to be best friends with whoever is racing next to you. At the end of day, you need to work for the team - that is one of the most important bits.

"Whether you like each other or not is not that important - if that is the case, that is probably a bonus, but I don't think it is absolutely necessary."

Do you think Red Bull should have taken Kimi Raikkonen? Where would you like the see the Finn end up in 2014? Have your say in the new-look AUTOSPORT forums.