Mick Schumacher has revealed that he has been “sitting in a crooked position” in his Haas Formula 1 car since the beginning of the 2021 season.

The German driver says the situation does not impact his driving performance and that his team plans to implement a fix after the summer break, which ends with the Belgian Grand Prix at Spa in late August.

Schumacher explained the situation after being asked about a video that surfaced after last weekend’s French GP at Paul Ricard, where he was filmed by his car’s cockpit camera showing his friend Sebastian Vettel something in the cockpit.

Speaking in the pre-event press conference for this weekend’s Styrian GP, and sitting alongside Vettel, Schumacher said: “So basically, I’ve been sitting in a crooked position since the beginning of the season – just because the seat is central, but I am not straight.

“We’ve actually been talking about it before and I took the opportunity to show him.

“[We] just spoke about the seat and I think he gave my Mum the tip of maybe breaking it so I would get a new one sooner!

“But it didn’t happen in the end, so I’ve still got the same seat for now.”

Vettel added: “It would’ve been in difficult to get a new one in a week, so don’t always follow the advice I give!

“The key is very simple – I spent so many years racing and we spoke about the seat during the last week and there’s always small things you can improve or look at, so I wanted to have a look and we had a look.” 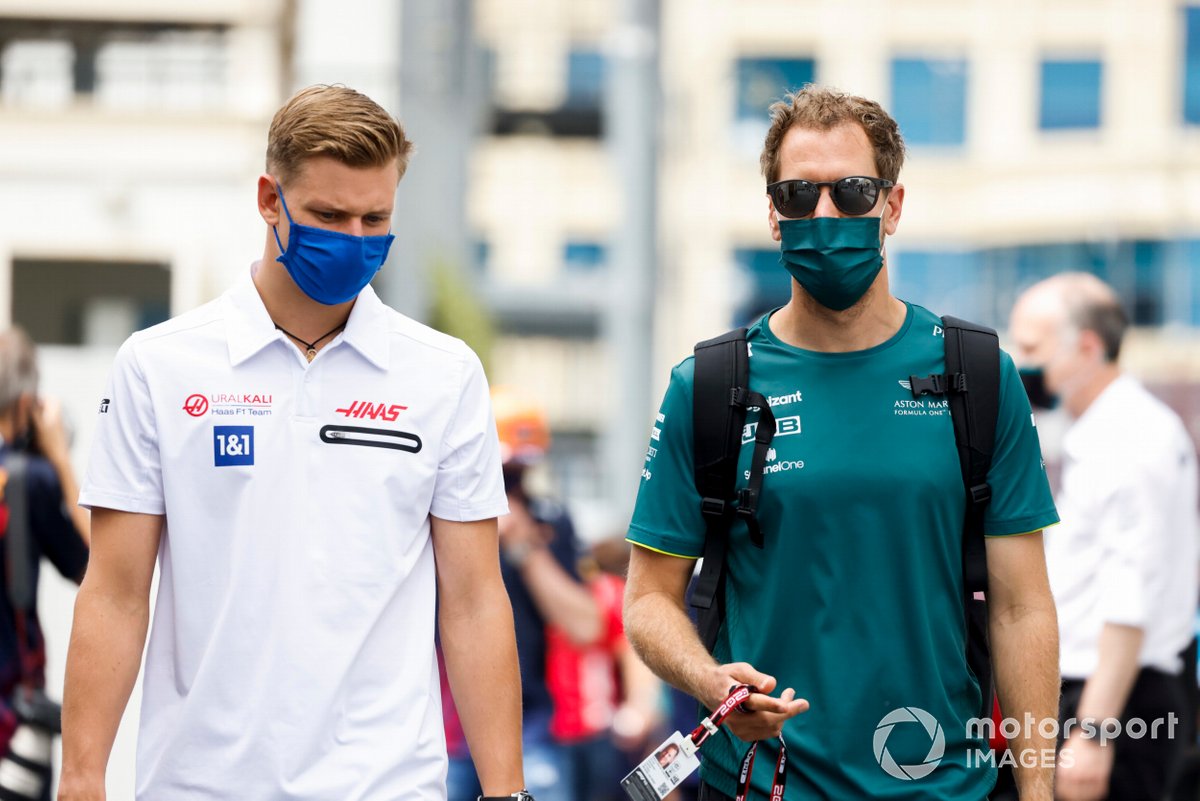 Schumacher also stated that when he was in the cockpit “it’s just about for me trying to find the right position”.

“Not being symmetrical is something that I have to work on, but it’s hard to achieve in a short amount of time,” he added.

“But plans are there to change the seat in the near future.”

When asked why Haas had not addressed the situation with his seat, Schumacher replied: “It’s not as bad as maybe some might think.

“It’s a small offset, it’s something that I’ve been used too, let’s say, also in junior categories.

“And to be fair it doesn’t harm me in any way when driving.

“So, it’s something that for us right now is a secondary concern – for us it’s mostly about trying to get everything ready for the weekends and being prepared on that level and maybe setting out focus on something else instead of wasting it on something that is maybe not effecting me right now.

“But, as I said, it’s something that is in the plan and we’ll for sure after the summer break come back with something that might be a bit more centred.

“But, again, we’ve been working on it in the beginning of the season quite a lot, we’ve got to something that was comfortable enough for me to keep going.

British GP to take place in front of capacity crowd