During Q2 Schumacher suffered a high-speed crash into the concrete walls at Turn 10 after losing control over his car on the kerbs.

Schumacher's car was virtually destroyed by the side-on impact but following a lengthy extrication a first check-up at the Jeddah street track's medical centre revealed no physical injuries.

Nevertheless, Schumacher was airlifted by helicopter to the nearby King Fahad Armed Forces hospital for extra precautionary checks.

He later posted on social media, writing: "Hi everyone, I just wanted to say that I’m ok. Thank you for the kind messages."

"The best thing is that Mick has apparently no injuries, he’s in the hospital right now and being evaluated by the doctors, so he is in good hands at the moment," Steiner said in a team statement. 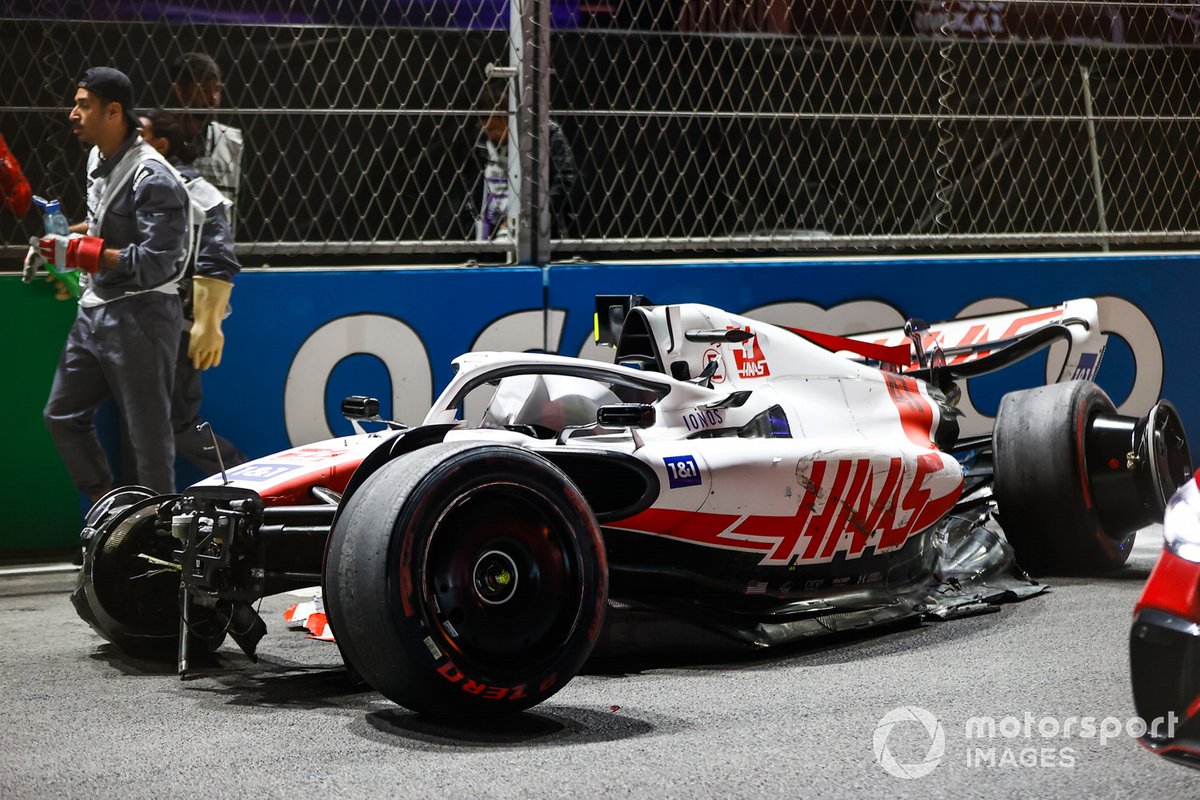 During the lengthy red flag which followed Schumacher's accident, Steiner had already hinted at withdrawing the car.

"Taking any risk tomorrow it's not on, you know, and we are in two weeks in Melbourne, and it's better to focus on that one to make sure that we are in a good state there," Steiner told F1 TV.

"The car, there would be nothing left, everything needs to go back to be checked anyway after an impact like this, so you need to build a complete new car."

Steiner revealed that the team had no radio communication with Schumacher after the impact, meaning the team had to wait for confirmation on its driver's condition.

"We didn't have any contact with radio with him because everything with the impact, it's all digital, it broke up," he explained.

"So we didn't know anything. But then we got the message that he's conscious, that was the most important thing. And then as soon as they had him down, they said he had no exterior injuries."