The German had been challenging for a slot in Q3 during the second session of qualifying when he touched the kerb at Turn 10, near the end of the first sector.

The bounce across the kerb triggered him to lose control of the rear of the car and he was quickly spun around, smashing heavily in to the concrete wall on the outside.

Schumacher then rebounded into the wall on the opposite side of the track before coming to a halt further down the circuit.

The qualifying session was immediately red-flagged and medical crews quickly attended to the driver, removing him from the car and taking him to the medical centre in an ambulance.

Schumacher was then transferred to a nearby hospital by helicopter to allow further precautionary checks to take place.

A statement issued by the FIA regarding Schumacher said: "Assessment at the Medical Centre revealed no injuries, and he has been transferred to King Fahad Armed Forces Hospital, Jeddah, for precautionary checks."

Schumacher's Haas team confirmed that the German was in good physical condition and had spoken to his mother Corinna.

Schumacher's Haas car was very badly damaged in the accident, with all four corners taking a hit in the incident. 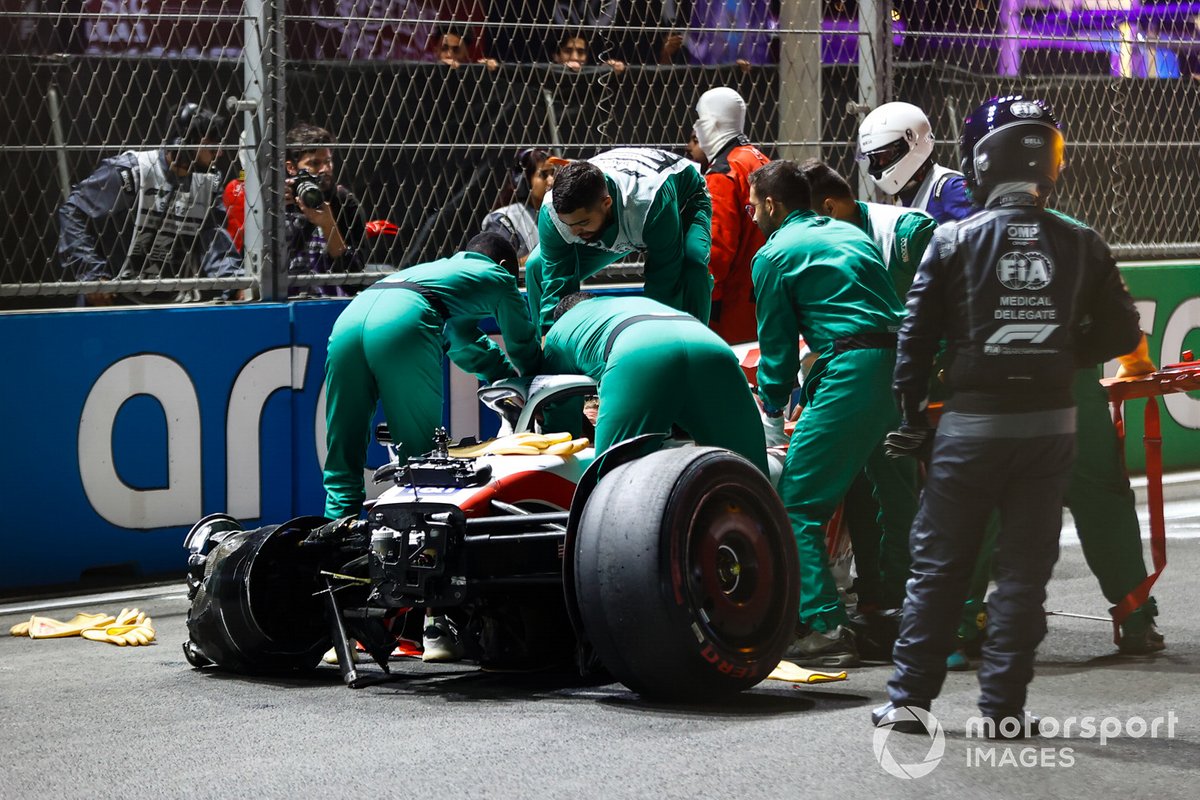 As the car was lifted away by marshals, the gearbox came away from the VF-21 as oil was dropped on the circuit.

With marshals needing to clear the track for Q2 to resume, the session was stopped for 57 minutes before the FIA was able to resume it.

Haas subsequently announced that Schumacher will not participate in tomorrow's grand prix.

Team principal Guenther Steiner said: "The best thing is that Mick has apparently no injuries, he’s in the hospital right now and being evaluated by the doctors, so he is in good hands at the moment.

Schumacher later posted on social media, writing: "Hi everyone, I just wanted to say that I’m ok. Thank you for the kind messages."