The Spaniard had looked on course for a strong showing at Sakhir but was put out of qualifying right at the start of Q2 when his rear tyres locked up and pitched him into a spin at the first corner.

As well as that failure leaving him down in 15th on the grid, the lock up has effectively robbed him of a set of tyres - which will limit his strategy opportunities in the race.

"It leaves us with very few options if we have lost it [the set of tyres] with that lock up," Sainz told Movistar.

As well as being limited on his own tyres, Sainz says that the fact all the Q3 runners will be starting on the medium compound means that there is little chance of gaining in the early phase of the race by doing anything different.

"Yes, you can come back, but it gets very complicated," he explained.

"Especially because the top 10 is going to start with the medium, and those of us who start behind them won't have any advantage over them.

"The two sets of medium I had saved, one will be ruined and I'm sure I can't even use it, which puts me in a bit of a tough spot for the race.

"We worked hard to save harder tyres for the race and now this happens to us." 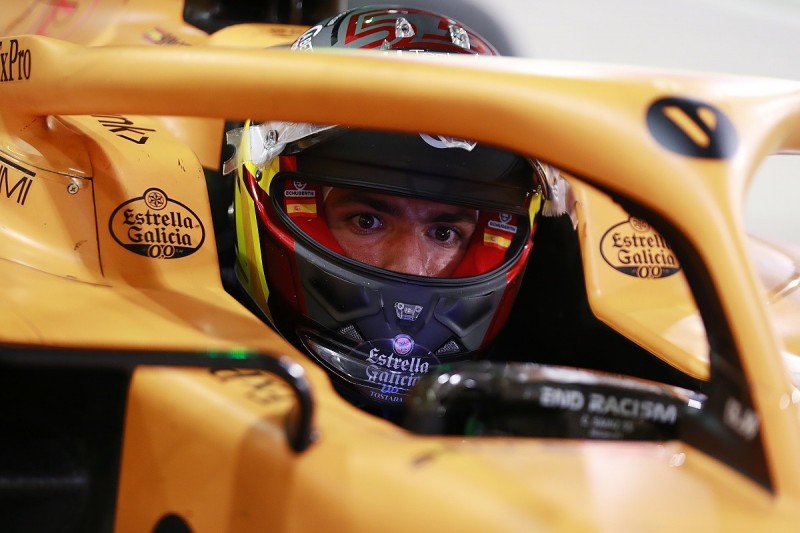 McLaren did not have an immediate answer as to what had gone wrong on Sainz's car, and whether it was related to the brakes, the transmission or engine.

Team principal Andreas Seidl said: "We still don't know, honestly, we have to analyse it.

"I think that the rear axle has locked up and there was nothing that Carlos could do.

"It is disappointing because we had a competitive car today.

"Unfortunately, Lando [Norris, Sainz's team-mate] made a small mistake in Turn 1 on his last attempt and Carlos was in good shape all weekend and it's a shame.

"But that's all there is and now it's time to analyse what happened in Carlos' car, reset, and start again tomorrow.

"It will be an interesting race, with many challenges, with two stops or more and we must try to come back."