Sainz: No one congratulates Ferrari for correct F1 strategy calls

Carlos Sainz reckons Ferrari is dealt more criticism than everybody else for its strategy and that “no one” has congratulated the Formula 1 team when it has made correct calls.

The decisions from the Scuderia pitwall have come under heavy fire during the 2022 season as questionable tyre switches and what have been perceived to be ill-timed stops have further hurt a title challenge undermined by a patchy reliability record plus crashes.

During the Belgian Grand Prix last weekend, for example, Charles Leclerc was debating strategy mid-race over team radio before a penultimate lap stop as part of a late bid to nick the fastest lap point away from leader Max Verstappen.

However, the Monegasque was then released behind Fernando Alonso in the battle for fifth and had to mount a last lap pass before dropping back to sixth owing to a 5s penalty for pitlane speeding.

Mattia Binotto said on the Sunday night there was a difference between the perception of Ferrari’s strategy from those outside the team and the “reality” of the situation.

The team boss reckoned: “If I look back at the season, I think there are a lot of perceptions from outside compared to what are the true and the reality.

“I think sometimes we are not doing mistakes when it may have been perceived as a mistake.”

He has been notably defensive about the calls and procedures when under scrutiny this term. 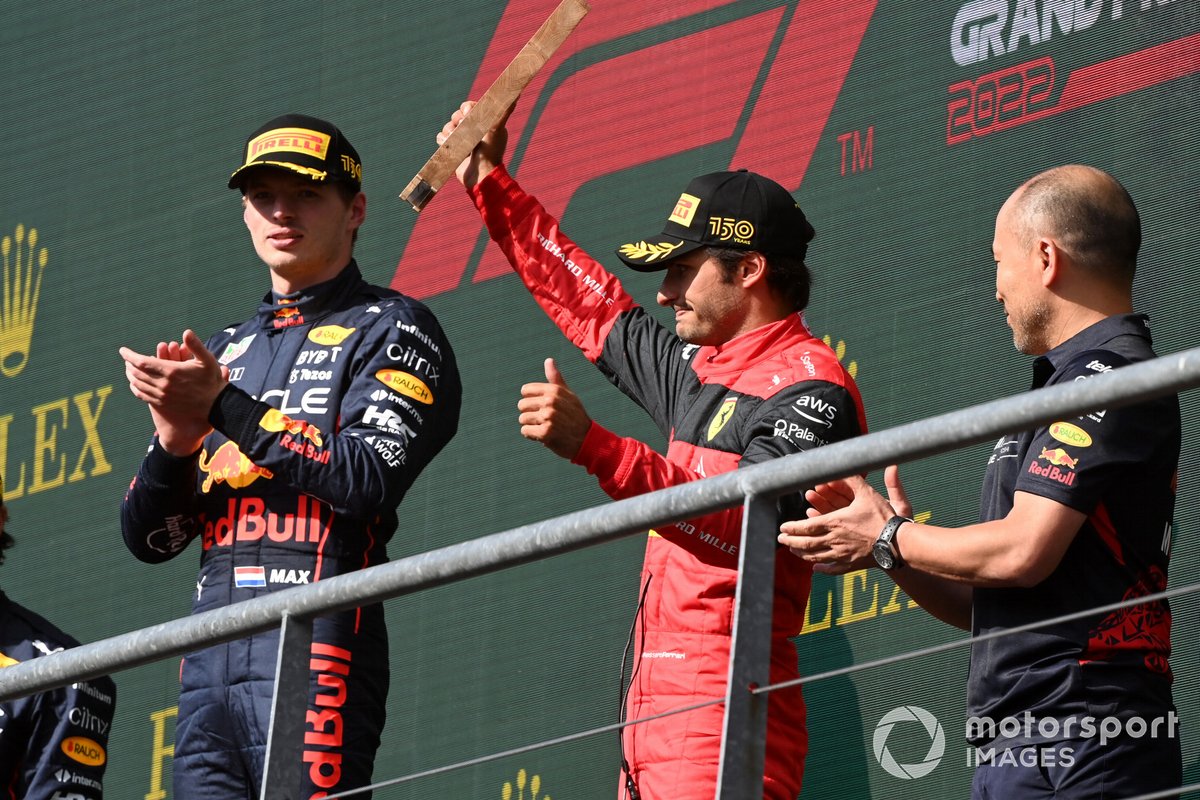 But British GP winner Sainz has backed the sentiment, saying people are quicker to jump on Ferrari’s case compared to the teams he has previously driven for in F1.

Speaking during the Thursday of the Dutch GP weekend, Sainz said of reviewing Ferrari’s strategy: "It’s very difficult to generalise, saying we should have been more brave or more cautious.

“You would need to pick one by one and analyse them independently.

“I'm pretty sure one by one, every result or every conclusion will be different.

“For me, it's all about continuous improvement and continuous[ly] finding ways to make the right calls at the right time.”

The Spaniard added that no one had come forward to congratulate Ferrari when it had nailed its strategy.

He continued: “There's been a lot of times during the year where we've done the right calls and no one has come to us to say, ‘Oh you did the right call’ or congratulate us for that.

“But on the other hand, when there's been two or three, let's say call them bad calls with hindsight, there's been massive criticism about it.

“I find that a bit tougher in Ferrari.

"I feel like when I was in McLaren or in Toro Rosso or in Renault, when there was a big mistake, no one would come and point it out and criticise you and put you down as much as they do in Ferrari.”