Ferrari’s new low drag rear wing will be a help but not a game-changer in its top speed fight with Formula 1 rival Red Bull, reckons Carlos Sainz.

The Maranello squad introduced in Canada a new rear wing aimed at boosting its straightline speed – an area where Red Bull has held the edge so far this year.

Due to only having one of the new wing sets available in Montreal, it was decided that in the wet conditions of qualifying it should be given to Charles Leclerc, who was starting from the back anyway, so did not risk losing much if he crashed and damaged it.

However, with the team now having had time to manufacture more components, there should be enough for both drivers to run it at Silverstone this weekend.

With Ferrari pushing hard to close down the championship deficit to Red Bull, it views progress with its top speed as an important step.

Asked if the new low drag rear wing solution could transform the fight with Red Bull, Sainz said: “It shouldn't be a game changer in terms of our top speed and efficiency of the car, but every step that we do is a little help that goes in the right direction in order to make us more and more competitive.

“We are both chasing each other and how to improve, and it's a nice fight going on there also on development." 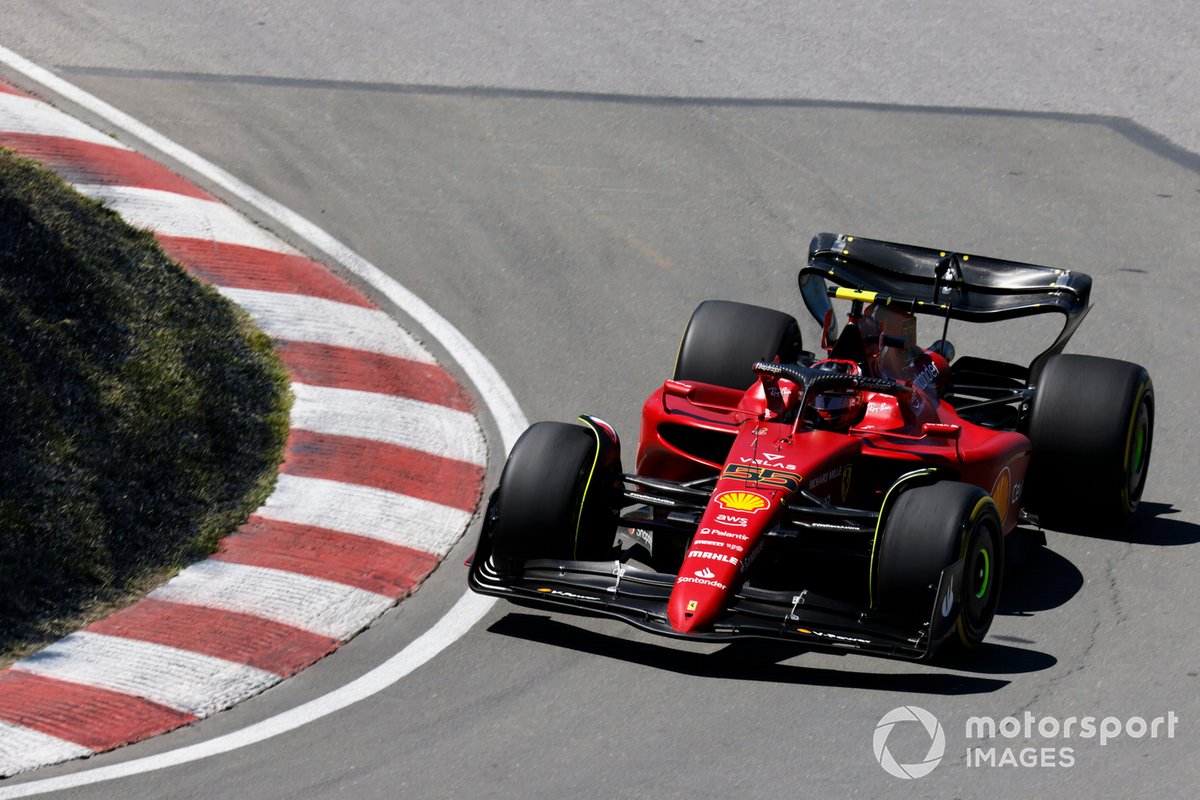 Sainz was left challenging for the victory in Canada, but did not quite have enough pace to find a way past eventual race winner Max Verstappen.

Asked if post-race analysis had shown that running the lower drag rear wing could have given him the straightline speed necessary to do so, the Spaniard was not so sure it would have made the difference.

“I don't think so,” he said. “I think the speed was there all weekend. The pace was there, so the wing choice was the correct one.

“In terms of overtake ability, we know that with these cars, in order to overtake another car, you need to be more than half a second a lap quicker.

“Yes, we were quicker than Red Bull on many phases of the race, but it's not like we were more than two or three tenths faster per lap, which is not enough overtaking delta.

“So with these cars, at least around Canada, if on top of that, we see that on the hairpin, we were not the strongest car, then the only spot to overtake was into the chicane, and you're never going to really make it, So it all stacks up, it's just circumstances."