Carlos Sainz says Ferrari is "nowhere near" searching for performance with its new Formula 1 car yet, despite another strong day in Barcelona testing.

Charles Leclerc capped off another trouble free run for the Maranello squad by topping the times on the second day of testing on Thursday, having only been edged out by McLaren’s Lando Norris on the opening day.

But although Ferrari’s consistency in putting in swift times has singled it out as having made a good step forward with its 2022 car, the team is eager to play down its form.

Sainz, who ended up fifth overall on Thursday, reckoned that the laptimes from the test were ultimately irrelevant because he said teams were not looking at performance runs so far.

“It's been a good start in terms of reliability,” he said.

"We've managed to complete one day and a half of testing without pretty much any single issue, which is an encouraging start for us. This is what we're here for in Barcelona.

“Unfortunately for you guys, it's not very exciting because we are nowhere near to the limit of the car or finding where the performances is. But we're doing laps, and we're completing them nicely.” 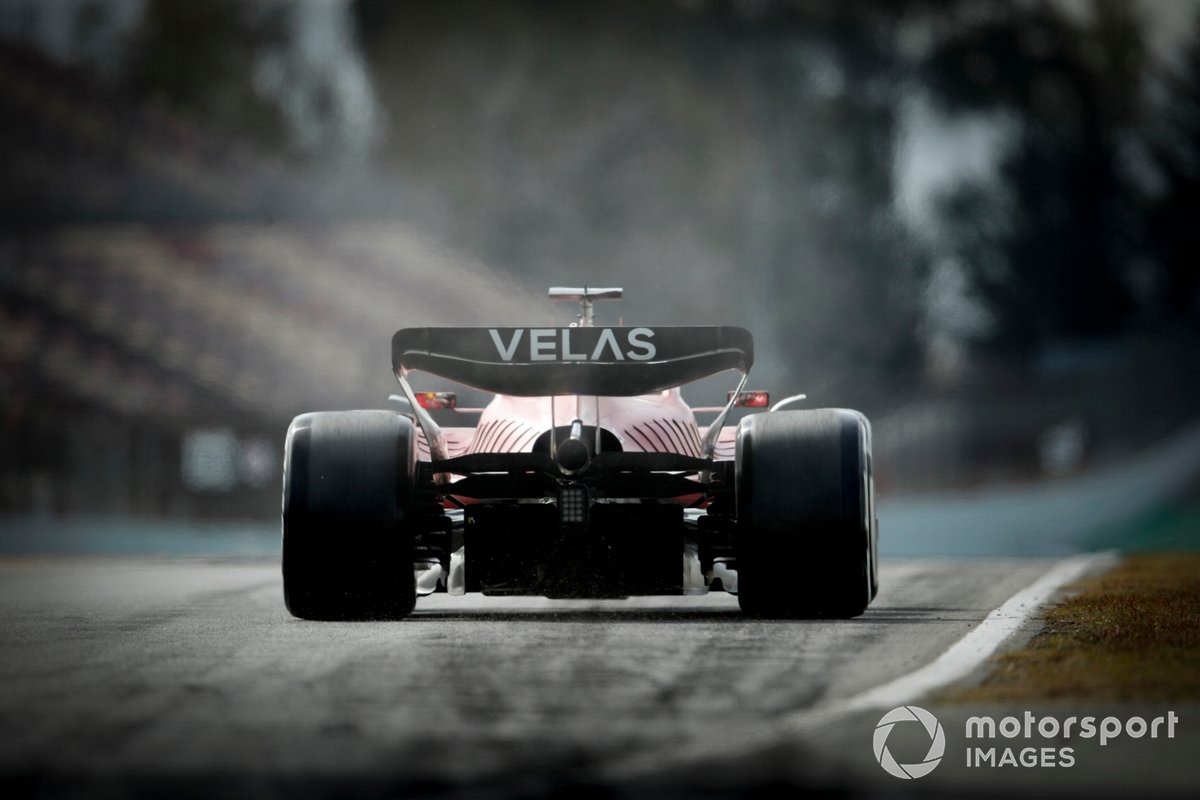 While rivals were mindful about how bulletproof the Ferrari has appeared to be so far, Sainz said the days had not felt especially stand out to him.

“It feels not like a good start in terms of feeling, but a normal start,” he said. “I would call it a normal start because we didn't have any single problems so far, and I managed to do a whole run plan.

“As I said, if it's good or bad I don't know because these F1 cars, by adding fuel or taking out fuel, I can go three or four seconds faster or slower. So, where do I stand in those three to four seconds window?

“If I started in the middle then where are the others? It is impossible to predict. So times, when you're two tenths off Daniel [Ricciardo] this morning, or having three or four seconds of margin up or down, is impossible to know.”

Russell: Mercedes behind Ferrari and McLaren so far in testing