Following a double podium finish in the Sakhir Grand Prix, Racing Point regained the place, leaving McLaren 10 points behind with just this weekend's season finale in Abu Dhabi to come.

The two teams have been separated by no more than a handful of points for much of the season, while Renault retains an outside chance of taking the position if both Racing Point and McLaren have poor weekends.

"It is going down to Abu Dhabi, but I feel like we deserve to be the underdogs this time," said Sainz.

"I think they've been quicker all year, and I don't understand how they haven't finished P3 yet in the constructors' championship.

"A race like Perez's [in the Sakhir GP] exposes how good he and that car is driving at the moment.

PLUS: How an unseen mistake nearly cost Perez victory in Russell's race

"I am very happy for Checo, honestly, but at the same time it just exposes how quick the Racing Point is, so I just don't understand how they haven't sealed P3 yet.

"We will give it a nice shot at the end of the year, but honestly they look like the favourites now." 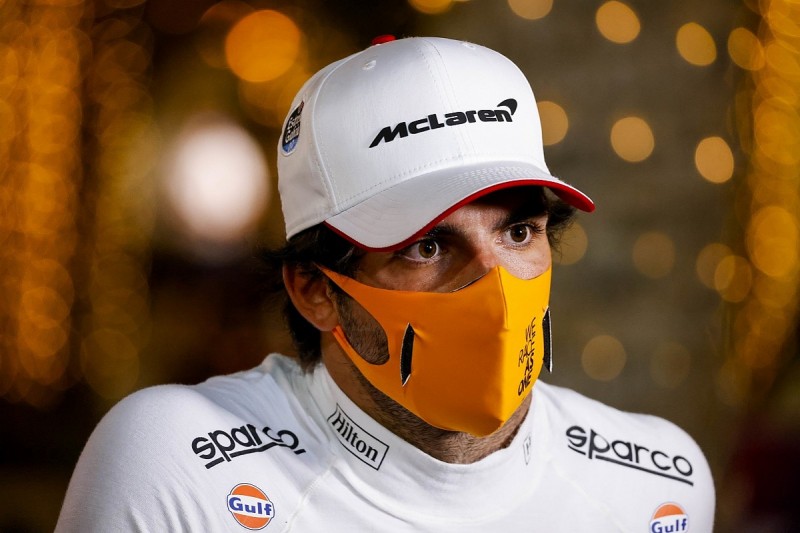 McLaren boss Andreas Seidl believes third in the standings is still possible, if his team has a "clean weekend" in Abu Dhabi.

He added that a run of difficult qualifying sessions had not helped the Woking team in recent races as it fights an on-form Racing Point.

"It's important to have a clean weekend," he said.

"We simply need to make sure we finish again, because we didn't manage now for three races in a row to have both cars in Q3.

"And then together with reliability, the performance of our drivers and with the operational strength, in terms of pitstop strategy, hopefully we can still put up a good fight in Abu Dhabi."

Seidl acknowledged that, for most of the season, Racing Point has had a faster car.

"Well, I think as we always said all season, the Racing Point is clearly the quicker car, the quicker package," he said.

"And if they have a clean weekend, it is difficult to fight them.

"But in the end, we managed over the course of the season to keep this fight alive because of having a competitive car, which is a great step forward compared to last year.

"We need to focus on ourselves also in Abu Dhabi to make sure we do the cleanest possible race weekend, maximising what we have in our hands.

"And then obviously with now being behind, plus with Racing Point having a quicker car, we obviously need to hope for issues on the Racing Point side. That's clear."

Ferrari reveals cause of slow F1 pitstops in 2020