Formula 1 drivers say they will try to focus on racing in this weekend's inaugural Russian Grand Prix, despite the difficulty of doing it so soon after Jules Bianchi's accident

Marussia F1 driver Bianchi is still in intensive care in a Japanese hospital, having suffered a serious brain injury in a horrific crash in the closing stages of last Sunday's Japanese Grand Prix.

Speaking to reporters in the build-up to this weekend's race at Sochi, most drivers said they were battling with their emotions while needing to focus on the job in hand.

Title challenger Nico Rosberg said: "For sure it is difficult because it is shocking circumstances.

"But there is a job to be done when I get in that car and close the visor, I need to put everything aside - all thoughts and all emotions - and fully focus on the job in hand."

Felipe Massa, who was struck in the head by a spring during qualifying for the 2009 Hungarian Grand Prix, described the 2014 Japanese GP as "the worst race of my life".

"It is really bad race, so [much] worse than the race of my accident because I didn't remember.

"We can be thinking about Jules and it is a very difficult weekend for all of us.

"Maybe tomorrow we will get a bit better because at least there will be work, something to think about, something to put inside your brain.

"We will try to race and do the best we can for him, for his family."

Red Bull's Daniel Ricciardo, who said Bianchi was the first friend he made when he came to Europe from Australia, added: "For all of us it has been a tough week.

"To be involved in the race, to know Jules and to know he is in this condition breaks my heart."

Sauber's Adrian Sutil was stood at the site of Bianchi's crash, having gone off himself at the same corner on the previous lap. He described it as a "very shocking moment" for himself.

"It is hard to say in words. Of course, it was a very shocking moment," Sutil said.

"We can hope that we get some better news, and probably it is just we are now here, in Sochi [with] a grey cloud over us.

"We pray for the best and we race for him." 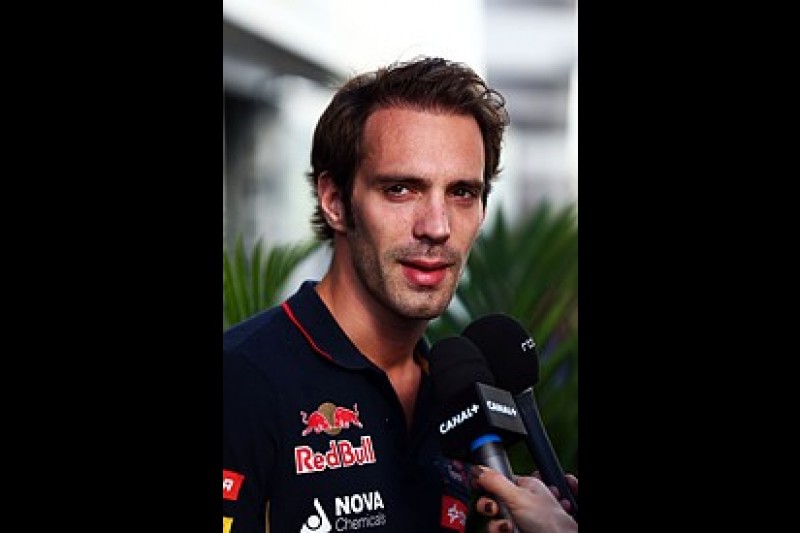 "Emotionally very difficult. Ready to race, and to race for him - to race for being as professional as well, but my mind is with him and praying for him."

"Very unlucky circumstances led to catastrophe really. Our thoughts are with Jules, with his family and we wish him all the strength we can send."

"I haven't slept very well since [Japan] and my thoughts are with him. But on the other hand, I know that if he could say something right now, he would say 'come on guys, there is a grand prix to achieve, go for it.'"

"It's a shame the race is so quickly after a bad incident like this. But we're here, and we're racing, and we should try and make the most out of the weekend."

"Nothing like this has happened for a long time and we all hope for good health of Jules and I am thinking of him often. We are all united to support him."

"Of course there are mixed feelings going into this weekend because all of us are thinking of him really."