George Russell believes Williams’ points haul at Spa may allow it to try some “extreme” experiments with its Formula 1 car after creating a gap to Alfa Romeo.

Russell’s stunning wet-weather qualifying lap on Saturday that secured him second on the grid paved the way for the British driver to pick up his maiden F1 podium in the two-lap Belgian Grand Prix.

Williams was one of the biggest winners from the decision to award half points at Spa as Russell and team-mate Nicholas Latifi collected a combined 10 points. Latifi was classified ninth.

It all but ended Alfa Romeo’s hopes in the fight for P8 in the constructors’ championship, with Williams now sitting 17 points clear in the standings. Alfa Romeo has failed to finish a race any higher than 10th this year.

Russell felt confident that Williams’ haul at Spa would be enough to give it eighth in the championship at the end of the year, and that the breathing room could allow it to try more experiments with its car to learn for the future with less pressure in that fight.

“I believe the amount of points we scored in Hungary were probably enough to have secured that eighth in the constructors’,” said Russell. 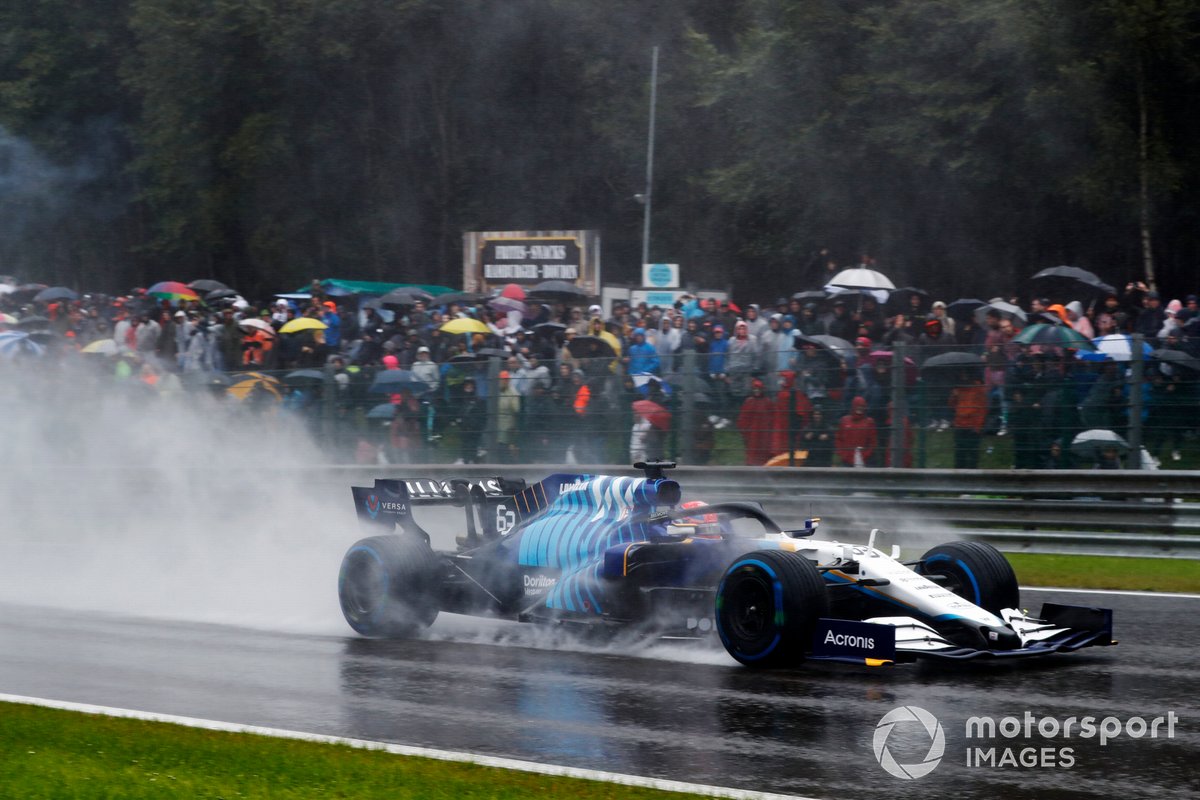 “But I believe it probably takes even more pressure off now, to go out, really put everything on the line, maybe try some more extreme things, see if we can learn anything more.

“Because there’s no reason why we can’t score more points.

"And, looking forward already to Zandvoort, [it’s an] amazing circuit. It’s probably going to be difficult to race but I think the whole atmosphere there is going to be great.”

Russell and Latifi scored Williams’ first points in over two years at the Hungarian Grand Prix at the beginning of August, capitalising on wet weather and a race of attrition to get into the points.

The team has regularly flirted with the top 10 in regular dry conditions this year, best seen in Austria when Russell fought for the final points-paying position until the closing stages before being passed by Fernando Alonso.

Eighth would mark Williams’ best finish in the F1 constructors’ championship since 2017, when it finished fifth, having sat at the foot of the standings in each of the last three seasons.