George Russell says a change in set-up direction has improved the one-lap pace of his Williams Formula 1 car, despite an ongoing focus on improving race performance.

Russell qualified an encouraging 11th for the Styrian GP, missing out on progressing to Q3 by just 0.008s. However an impeding penalty for Yuki Tsunoda means that he will start 10th, as the first driver with a free choice of tyres.

The Englishman showed very impressive race pace on Friday, suggesting that he could be a dark horse this afternoon given that he is not obliged to start on the soft tyre, like the drivers immediately in front of him.

Russell insisted that he was not frustrated to just miss Q3, having felt that he’d done the best possible job.

“Obviously we want to get into to Q3,” he said. “That would be a great achievement. But you know, so close, so satisfying when we get the maximum from it, and we do this a lot. And even more we're putting a lot more emphasis on Sunday pace, and just trying to really maximise the car for the race pace.

“So let's see how it turns out on Sunday. I think we are there on merit."

Russell acknowledged that his Friday race run was flattered by using new hard tyres that had not already done a low fuel run, and added that the relative lack of wind in Austria was also favourable for the car.

“Yesterday was probably the best Friday we've ever had,” he said.

"Let's see how that translates tomorrow. We did have a new set of hards for the race run, which I think did account for something - we didn't do the low fuel on the hard. 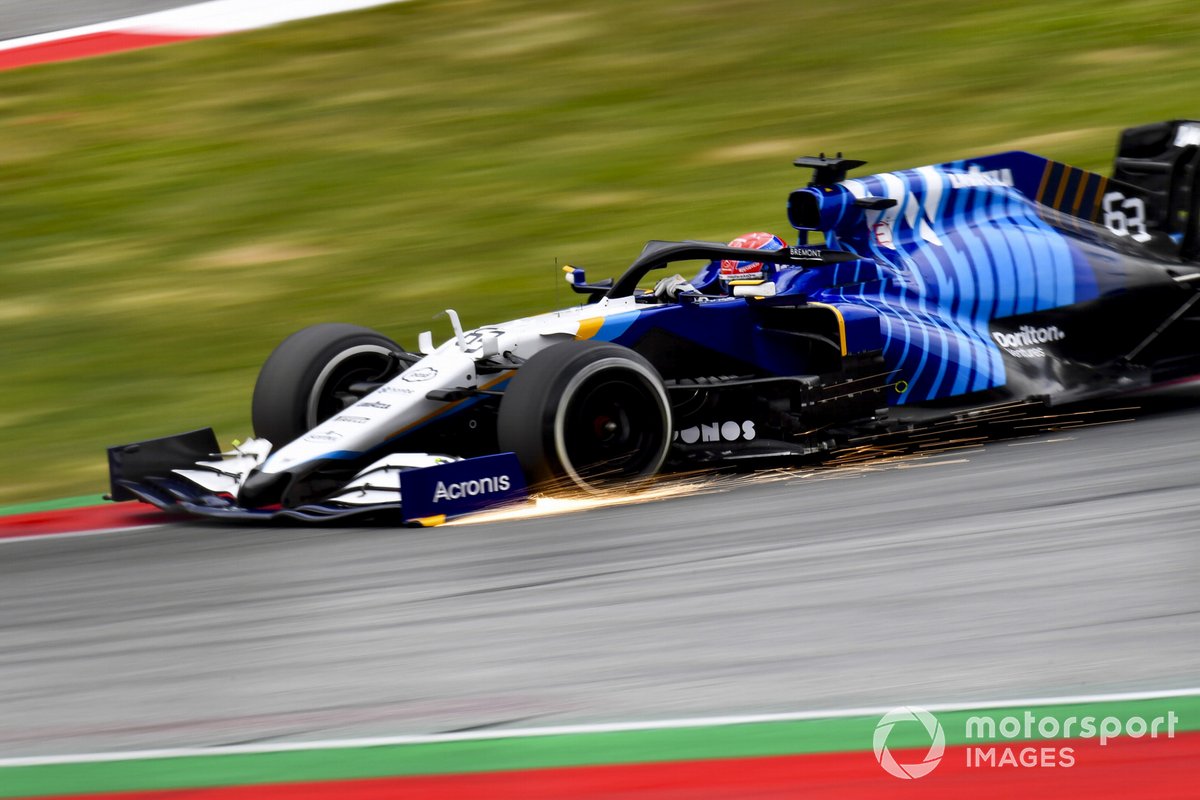 “So for sure that counted for something. But the car felt really good and we looked strong. Let's see if it is translates into something on Sunday.

“We've gone down a slightly different direction with the set-up, and it seems to be paying off. But we've only had a couple of races like this. We need to give it a bit more of a chance to see if this is real throughout.

“Having that confidence in the car is a big thing. And it's been a very calm day, not a single gust of wind or anything."

“In terms of an overall approach, we haven't changed too much, to be honest,” he said when asked by Autosport about what has been changed on the set-up side.

“We're always very conscious that Sunday is where the points are scored, and we've always been largely focused in that direction. So it's just a few minor things.

“We did change the run plan slightly yesterday, favouring the high fuel running. But to a large extent that was because we thought it might rain towards the end of the session.

"So we wanted to get it in, but it probably has helped get the car where it is, hopefully in a good position for Sunday.”

The "curveball" offered by F1's mid-season change of Pirelli tyres