George Russell acknowledges his relationship with Lewis Hamilton will have a “different dynamic” if Mercedes challenges for the 2023 Formula 1 world titles but does not fear it breaking down.

Russell and Hamilton are set to embark on their second season as Mercedes team-mates in the 2023 campaign, which will follow the difficult 2022 season where Mercedes’ W13 challenger was initially badly off the pace and impacted severely by porpoising.

Although Hamilton was known to prefer Mercedes possibly keeping Valtteri Bottas across the garage rather than promoting Russell for 2022, the pair’s new working relationship did not come under strain as they worked with their Silver Arrows squad to improve the W13.

Mercedes hopes this work will lead to a quick return to the front of the F1 grid and if it is successful there will be additional focus on how its drivers get on given the increased pressure of title chasing and because the team has sometimes struggled – most notably when Nico Rosberg was Hamilton’s team-mate in 2013-2016 – to keep a driver pairing straightforward.

When asked if he felt his relationship with Hamilton would remain healthy in the circumstances Mercedes hopes to find itself in during an interview in late-2022 with select media including Autosport, Russell replied: “I mean naturally if you are fighting for 1-2s there will be a slightly different dynamic and that’s only natural.

“But I think the thing we have going for us is the fact that we are at very different stages of our career.

“It kind of feels like we are in this together, really.

“If we get to next [season] and we’ve got a car that’s capable of 1-2 finishes, we will have a huge amount of pride in thinking we have contributed together in helping the team achieve this.

“And then we go about our business. But we’ve got no reason to have conflict. We have got a good relationship. 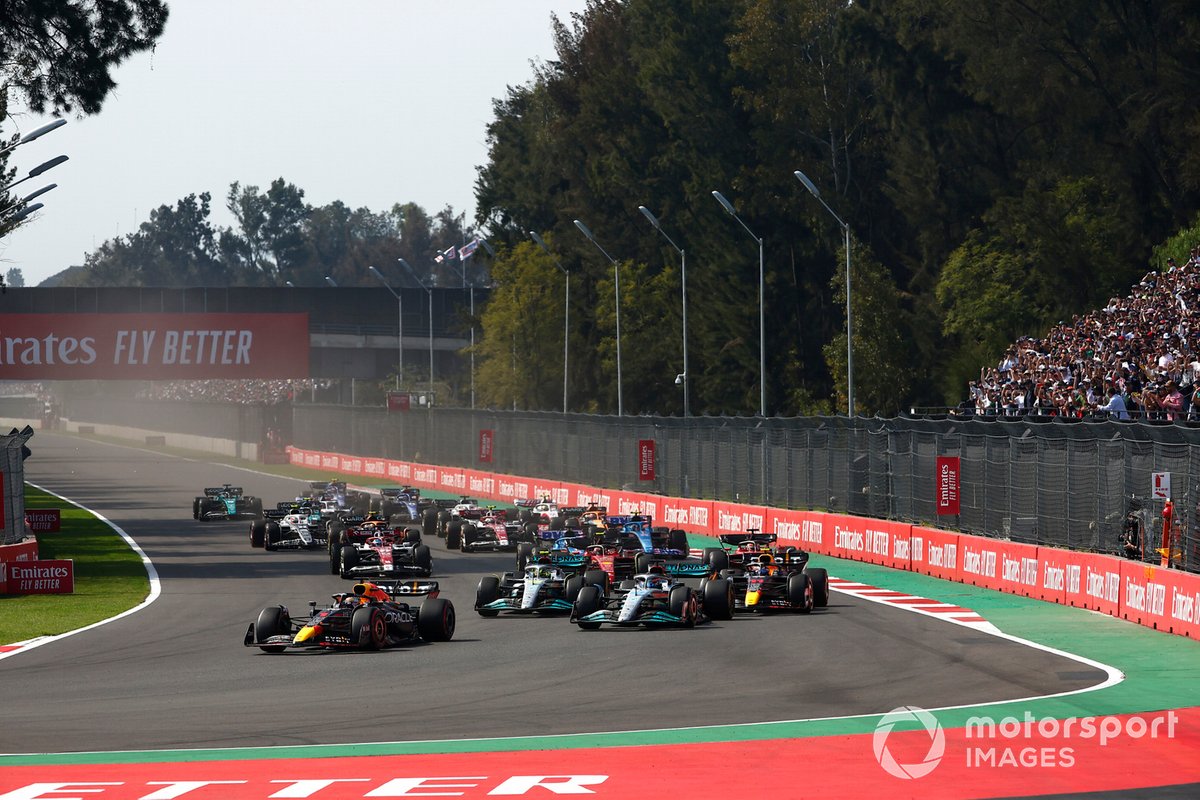 “We recognise the importance of that within the whole team. If our relationship starts to break up, it’s going to have an impact on the team and ultimately it’s going to go full circle and affect us as well.

“I think we can continue to build off this and if anything our relationship will probably get closer as time goes on.”

During the early part of the 2022 season, Russell’s results were more consistent than Hamilton’s as they tried different set-up approaches to try and work around the W13’s early issues.

While Hamilton tried extreme set-up options during this time, Russell said he did not as he “was in a happier place with the car from the beginning”, which Mercedes team insiders put down to his previous experience racing in the pack with Williams.

“We bought a number of test items to every single track,” Russell added of this time. “They were the main development parts, and they were always being alternated – one week was Lewis and one week as me – week in week out.

“For sure, at the start of the year, Lewis made more drastic set-up changes, within the confines of the car, but that was purely because I was in a happier place and he was still trying to find the set-up that sort of suited him.

“But when it came to the development, it would always alternate from one week to the next.

“Whenever there was a development item, it does disrupt your race weekend, that’s why it’s always fair and that’s why the team always does one week with Lewis, one week it’s me.”