The pair collided at the start of the British Grand Prix after Russell tagged Pierre Gasly’s AlphaTauri that was caught between them leaving the startline, which saw Zhou’s Alfa Romeo then immediately flipped onto its rollhoop and slid at high-speed through the gravel trap.

It then smashed over the tyre barrier and came to rest in between that structure and the track debris fencing protecting an overlooking grandstand.

With Zhou trapped in the wreckage and being attended to by marshals and F1’s medical intervention team, Russell, who had stopped his damaged W13 in the runoff, climbed from his wreckage and went to try and give assistance to the recovery efforts.

When asked what had been going through his mind at that moment by Autosport as part of a reflection interview covering his first season as a works Mercedes driver, Russell replied: “When you see an incident like this, at the end of the day, there are only 20 Formula 1 drivers, and you know how it feels inside that cockpit.

“Wearing three layers of clothing and helmet, gloves and boots, with a radio plug-in, with a drink bottle in your mouth – it’s quite claustrophobic.

“When you see a car flying through the air, and land in a position, which is essentially trapped, that’s a pretty horrendous place to be in. 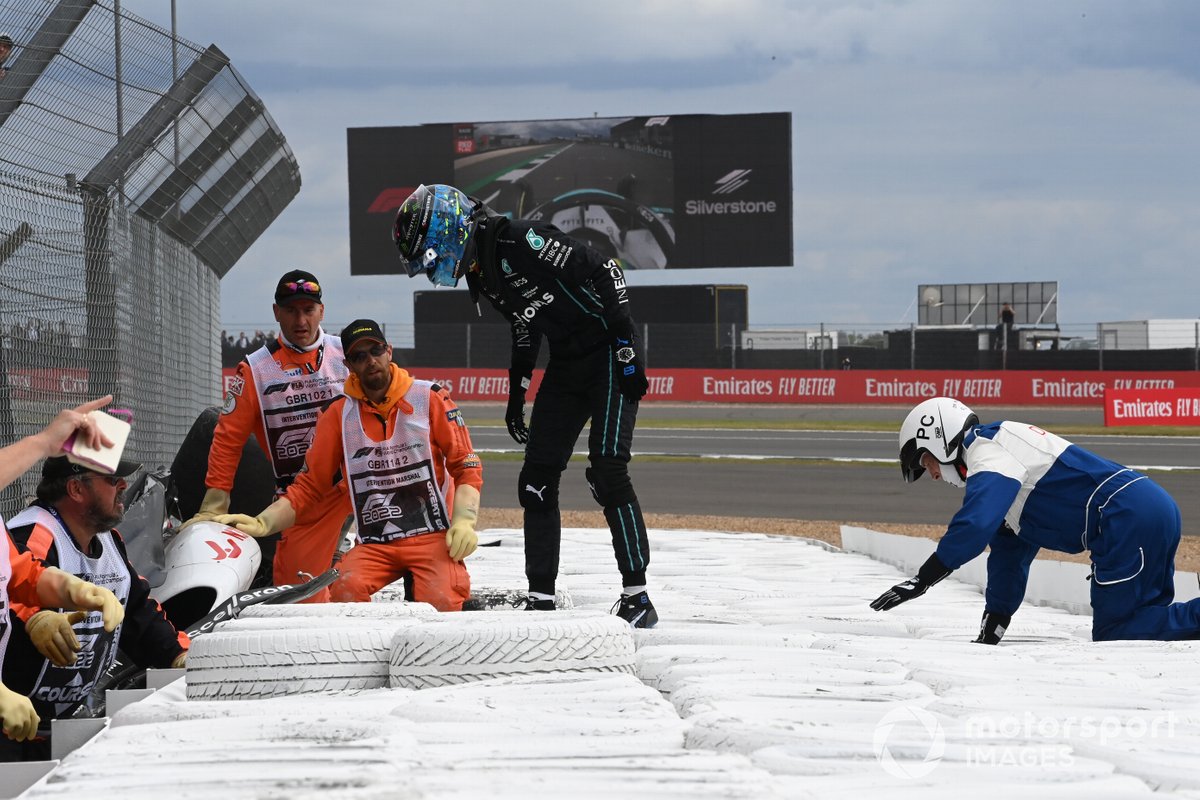 “I guess, if I was in that position, I would want every single bit of help as soon as possible, because you don’t know what is going to happen next, the car’s going on fire or what not.

“So, I guess that was probably more of a human reaction as opposed to a racing driver reaction.”

In the red flag for Zhou's crash that lasted nearly an hour, the F1 rookie was extracted and taken to the Silverstone medical centre for checks, where he was declared fit and released.

Both drivers did not take part in the restarted event eventually won by Ferrari driver Carlos Sainz, with Alex Albon also eliminated in the same incident and requiring a trip to the medical centre.

The Williams driver was then taken to Coventry Hospital for additional checks before being cleared, having braked in the aftermath of the initial clash which meant his Williams car was rear-ended by Aston Martin’s Sebastian Vettel.