George Russell found the Mercedes W13 Formula 1 car to be “very much in line” with how it felt in the simulator after completing an initial shakedown at Silverstone.

Following the launch of Mercedes’ new car on Friday morning, Russell was handed the first on-track outing in the W13 as part of a 100km shakedown permitted under the regulations.

Following his run, Russell handed the car over to team-mate Lewis Hamilton, giving both Mercedes drivers a chance to sample the new model before the start of testing in Barcelona next week.

2022 marks the start of a new technical era for F1, with the shift in the aerodynamic philosophy of the cars leaving many unsure how they would feel on-track, having only relied on simulator running up to now.

Russell’s running at Silverstone came during a heavy storm in the UK that has shut down a number of travel networks and resulted in wind gusts as high as 122mph.

The former Williams driver said the wind was “absolutely crazy”, but that he “managed to keep the car on the black stuff”.

“The car handled I would say largely as we expected, but equally with these conditions, in the wet and with the wind, there’s not a huge amount you can take with it,” Russell said.

Asked by Autosport to expand on the difference between the car on-track and his feeling in the simulator, Russell said: “It was very much in line with what we saw simulator, and I will be going back and correlating this afternoon. 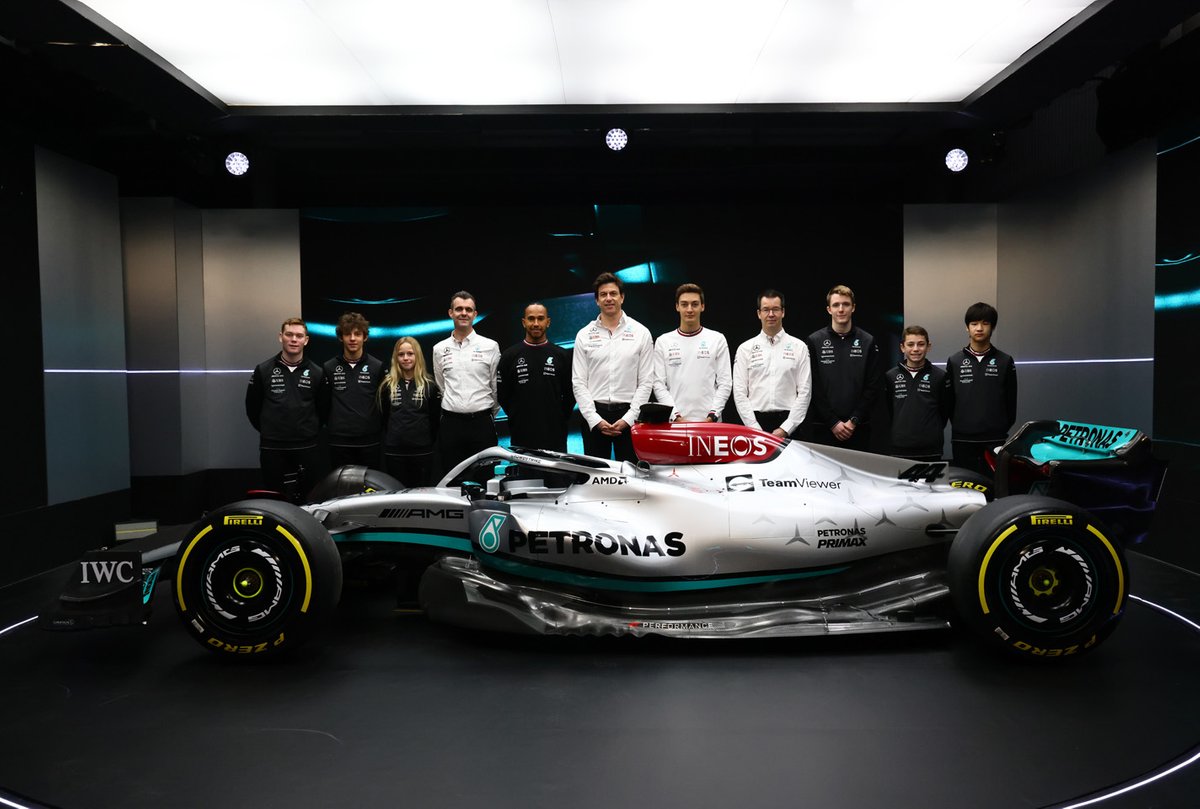 “But it's going to be a constant learning process. I think we're all going to take today with a pinch of salt and just get through the programme, making sure the car runs OK, the drivers are comfortable, and we're in the best spot possible ahead of Barcelona.”

Russell will embark on his first full season with Mercedes in 2022, having first joined its junior programme back in 2017 when he was racing in Formula 3.

The Briton has spent the last three years racing for Williams, but has remained a recurring fixture in Mercedes F1 machinery, including a one-off appearance at the 2020 Sakhir Grand Prix when Hamilton was ruled out with Covid-19.

Although Russell has driven a Mercedes F1 car every year since 2017, he admitted to a special feeling when he took the W13 out for its first run today.

“It gave me goosebumps when the car was fired up for the first time,” Russell said.

“I’ve driven it so often, so many laps in the simulator. I've seen so many drawings of it. I've had so many meetings about it, but there's nothing like going to a racetrack.

“It almost brings me back to my roots, you know, a cold, wet windy day at Silverstone - but here with the Mercedes F1 team.”

Sainz "in the middle" of negotiations over new Ferrari F1 contract