George Russell says his Mercedes Formula 1 team keeps falling into traps as it tries different set-up directions with the W13.

In essence the Brackley-based outfit believes that it has addressed the porpoising problem, and instead it is now dealing with bouncing and bottoming with a very stiff car.

Russell says that every time the team changes something on the car another issue crops up.

He adds that every venue is creating its own challenges for the engineers, and so he doesn't know what to expect at the next race at Silverstone.

"I'd like to think the high-speed nature should suit us slightly more," he said when asked about his home event.

"But there's no guarantees, every single track we've gone to, it's sort of thrown an unknown at us.

"And we're facing different issues every single race weekend. So I'd like to think we'll be more competitive, but I really don't know."

Asked to expand on his "different issues" comment he said: "Just with the overall car, we sort of solve one issue and we fall into another trap.

"Porpoising has been solved. But then when you run the car close to the ground, we're hitting the ground quite aggressively.

"There doesn't seem to be any sweet spot at the moment." 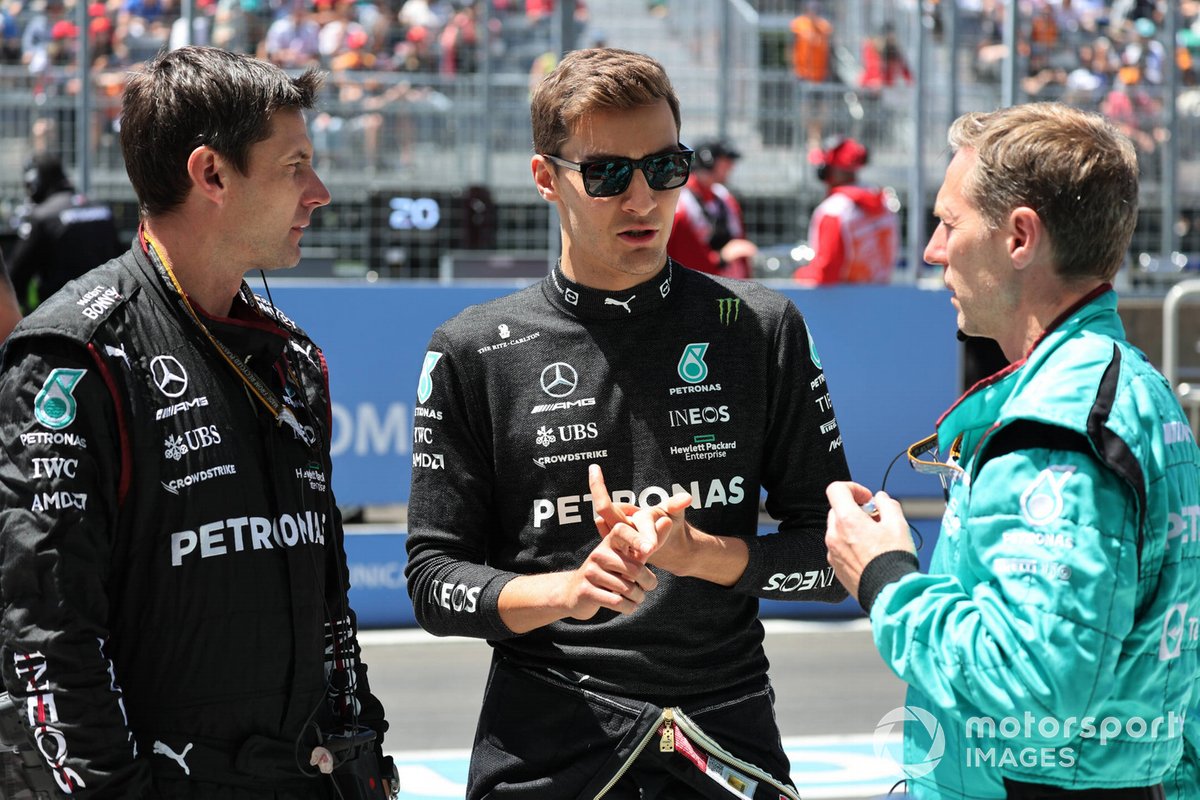 George Russell, Mercedes-AMG, on the grid with team mates

Mercedes tweaked to a higher rideheight in Montreal, but Russell said it didn't seem to impact performance, as he continued his streak of top five finishes with fourth place at the Canadian Grand Prix - aided by Red Bull’s Sergio Perez retiring and Ferrari’s Charles Leclerc finishing fifth having started at the back due to grid penalties.

"We've run high, we've run low," he said. "And the performance hasn't improved or decreased, and the stiffness and the bottoming hasn't really changed, surprisingly, I think.

He conceded that the team still has a lot of work to do: "Yesterday looked very promising at times. But the actual pace deficit to the front-running car was still pretty substantial.

"So even though it looked on paper to have been a bit of an improvement, we're still a long way from where we need to be. So we haven't made a huge amount of progress as yet.

"But we're still working as hard as we can to close the gap."