Williams CEO Jost Capito believes the performance gap between George Russell and Nicholas Latifi is not as big as people following Formula 1 believe.

Russell has been Williams's leading driver since he joined the team in 2019, and has outqualified Latifi in every grand prix since the Canadian made his F1 racing debut at the start of the 2020 season.

The British driver will leave Williams for Mercedes next year, leading to suggestions that the team will not be as strong.

Russell will be replaced by Alex Albon alongside Latifi next season.

Asked how much weaker will Williams be without Russell, Capito said: "It's difficult to say. I think when you see today [at Monza] in qualifying Nicky was missing four hundredths of a second in qualifying.

"So you can't say that we have a huge gap between George and Nicky in qualifying, in the racing as well when you look at Hungary at the race, Nicky did a fantastic job [there].

"I don't think the gap is as big as everybody believes or it looks.

"He had a couple of issues in qualifying in this season, Nicky, that were not caused by him. And he would have been in a position to be nearly at the speed or even at the speed of George. 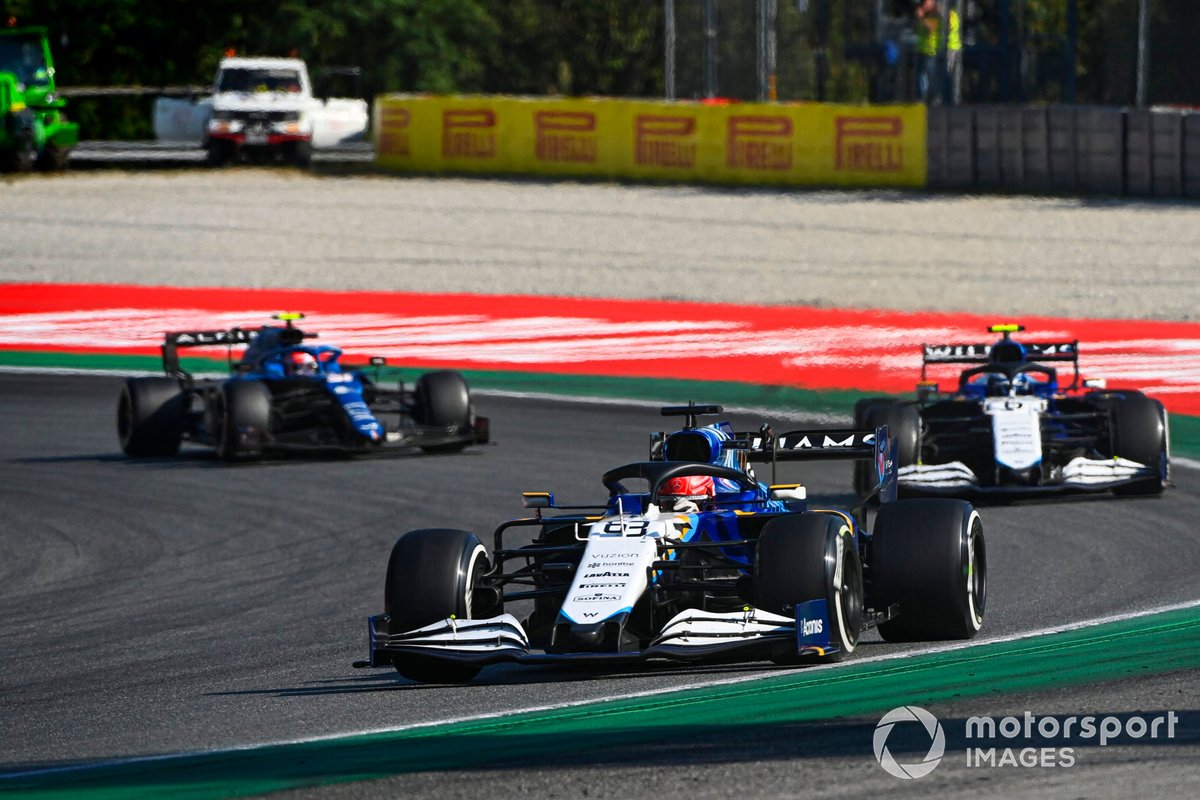 "And I'm absolutely sure that Alex can get established in the team very fast as well and can deliver his best. So I'm absolutely convinced we have two very strong drivers next year."

Latifi enjoyed one of his strongest weekends to date in the Italian Grand Prix, running in the point-scoring position until his race was hindered by the safety car period triggered by the accident between Lewis Hamilton and Max Verstappen.

He went on to finish in 11th position, two places behind Russell, but the Briton believes his teammate deserved a better result.

"Nicholas did an extraordinary job, to be honest," Russell said. "He deserved to be in the points. He's really getting stronger and stronger week in week out, finding a lot of confidence.

"He's really doing a good job and he retained his seat on absolute merit this year.

"So I've got a lot of respect and thought [I think he says here] for how he's working, how he's going about his business, how he's trying to improve.

"And as I said, he's truly done a very very good job."