Williams's delayed FW42 began the season well adrift of the rest of F1's 2019 challengers but in-season development has allowed it to make strides, and Russell qualified among the midfield cars in Hungary.

But Russell's gap to first in the opening part of Belgian Grand Prix qualifying was his worst all season - with the caveat that the Spa lap is the longest on the calendar - with a high level of drag compromising the car's performance.

Given Monza places an even higher premium on straightline performance than Spa, Russell said he was braced for a difficult Italian GP weekend.

"In all honestly, it's probably an even harder weekend than Spa," Russell said.

"Everybody knows we're struggling with downforce, but probably not a lot of people know that we have an incredible amount of drag on the car as well, [it is] incredibly slow in the straights.

"And I think that was clear - after Hungary, obviously a very good performance, but a lot of that was due to the lack of straights in Hungary. It being all corners, the deficit didn't seem as great.

"This is probably going to be the toughest one of the year." 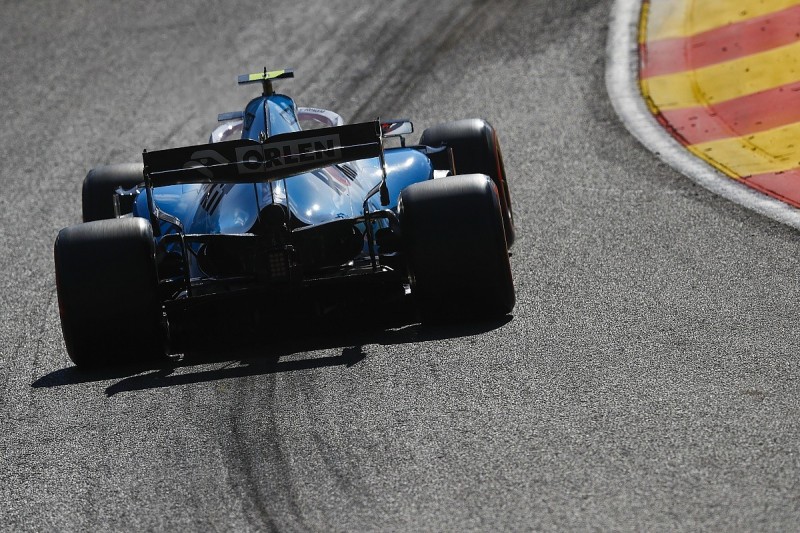 Team-mate Robert Kubica said the Spa weekend proved as difficult for Williams as expected, with "no bad or good surprises", and conceded "it probably will not get better or easier" at Monza.

"I think the gap will be smaller because Monza is generally the track where the gaps are smaller, but for our top speed and our drag, it will not change a lot," he said.

Williams introduced a significant update to its FW42 in Germany before the summer break, and while it provided substantial downforce gains that appears to have come at a cost for the car's aerodynamic efficiency.

Russell said the drag problem "was already there" before the update, but added: "We've probably got very slightly more now - but obviously much more downforce than we had before Hockenheim."

How F1 teams have adapted to low-downforce Monza challenge