George Russell say the straightline speed potential from his ‘slippery’ Williams means his sights are set on a podium finish in Formula 1’s Russian Grand Prix.

The Briton made the most of a switch to slick tyres in Q3 at Sochi to grab third spot on the grid for tomorrow’s race behind Lando Norris and Carlos Sainz.

And, while he is aware that there are some super fast cars behind him – including Mercedes duo Lewis Hamilton and Valtteri Bottas, plus the Red Bull of Sergio Perez – he thinks the potential is there to cause a further upset.

Having been classified second in the abandoned wet race in Belgium, and with Williams holding a comfortable gap over nearest rival Alfa Romeo in the standings, Russell thinks there is nothing to lose in fighting for everything he has got.

“I’m really looking forward to it,” he said when asked about his thoughts for the race.

“Yesterday our high fuel pace was one of our best of the year. It's still a long way behind these guys [Norris and Sainz] and the Mercedes who are starting behind us, so we're going to have a battle on our hands.

“But we are pretty slippery on the straight, and have some nice straightline speed. So yeah, we’ve got to go for the podium again. It's nothing to lose.” 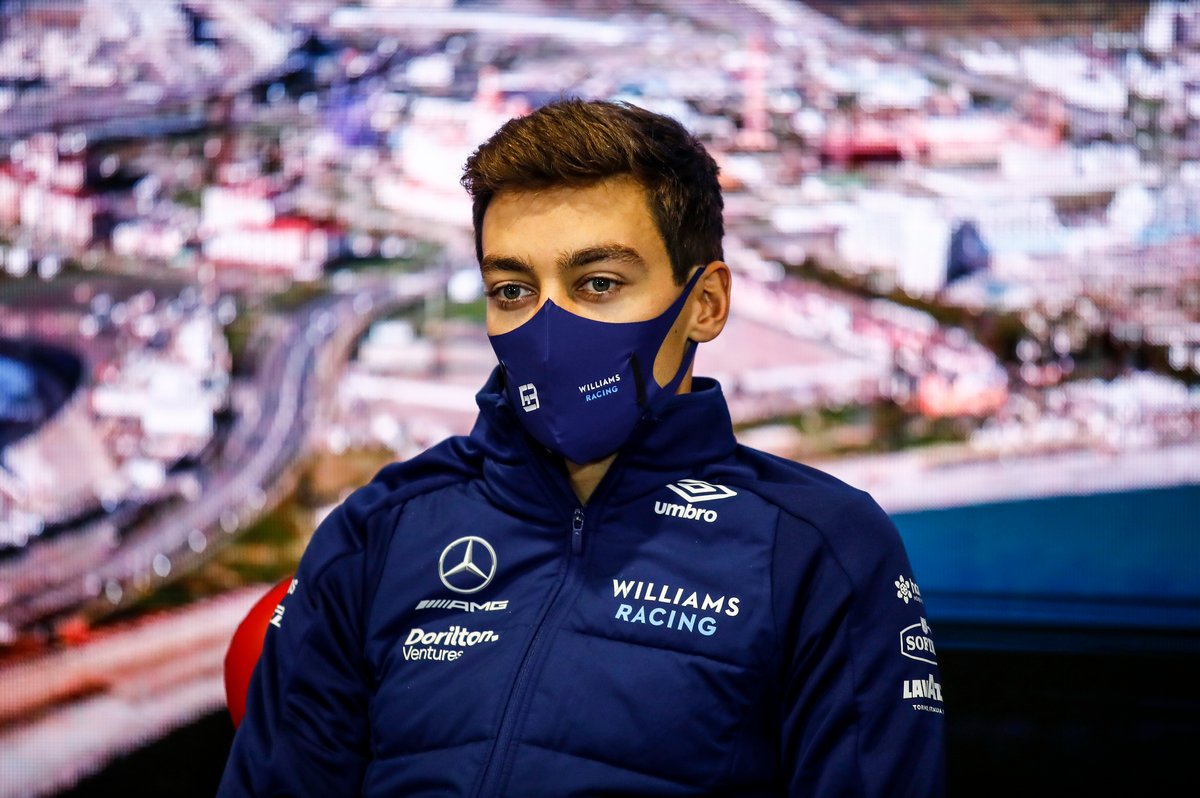 Russell was the first driver to switch to slicks on the damp but drying track in Sochi, with other drivers copying his lead in the closing minutes of Q3.

But having pulled off another shock performance, on the back of his second place on the grid at Spa-Francorchamps when it was also wet in qualifying, he was overjoyed at the way that Williams keeps on surprising.

“It is crazy,” he said. “It's the second time in the top three in three events, so the team have done an amazing job once again.