McLaren chief Ron Dennis is set to leave his role as chairman and CEO of McLaren Group, Autosport can reveal

Dennis, 69, will not have his current contract renewed when it expires at the end of this year.

His departure will end an association with the Formula 1 team stretching back to 1980 and leave open the role of CEO, McLaren Technology Group, which comprises McLaren Racing, McLaren Marketing and McLaren Applied Technologies.

McLaren Automotive, the separately-constituted road car division, is not affected by any change of leadership at McLaren Technology Group.

Dennis's exit will mark the culmination of two years of behind-the-scenes boardroom struggle at McLaren, since his return to the Group CEO role in January 2014.

At that time Dennis, a 25% shareholder in the group, planned to acquire a full controlling shareholding by buying out the 50% owned by Bahraini sovereign wealth fund Mumtalakat and the 25% owned by his long-time business partner Mansour Ojjeh.

Autosport understands that deadlines by which Dennis was required to raise the capital in order to complete the buyout have not been met.

When contacted for comment, a McLaren spokesperson told Autosport: "In response to your question, Ron Dennis responded by stating categorically that he is not stepping down.

"Moreover, he remains contracted as chairman and chief executive officer of McLaren Technology Group, and he retains a 25% shareholding in the Group - exactly equal to that of Mansour Ojjeh.

"Over many years, many decades in fact, McLaren shareholders have often entered into dialogue on the subject of potential equity movements and realignments, and Ron and Mansour have always been central to those discussions.

"That is still the case. Their recent conversations can therefore be categorised as 'more of the same'.

"However, it would be inappropriate to reveal further details of such discussions, which are of course private and confidential."

"The definition of 'stop' varies from individual to individual. I'll occasionally start a speech by saying 'I've never done a day's work in my life' and, by and large, that's a very accurate statement, because I love what I do, it doesn't feel like work, so why would I stop doing it?

"I used to tell people that my tombstone epitaph should be: 'Here lies a successful entrepreneur'.

"I've modified that over the past couple of years, and now it would be: 'Here lies an ever-ambitious, successful, entrepreneur.' 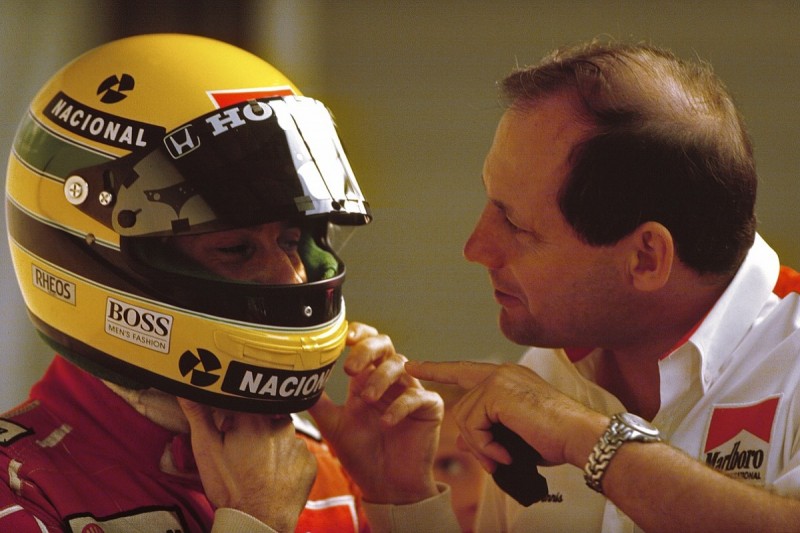 Dennis has been synonymous with McLaren since he and his business partners bought the struggling F1 team from previous owners Teddy Mayer and Tyler Alexander in 1981 having first become involved in the team in September the previous year.

His Project Four race team had already enjoyed title-winning success in Formula 2 and Formula 3, thanks in part to backing from tobacco giant Philip Morris via its Marlboro brand.

By 1984, Dennis had all the elements in place that would allow McLaren to begin a period of multi-year domination: Barnard, Alain Prost, Niki Lauda, TAG-Porsche engines and Marlboro backing.

A switch to Honda engines for 1988 and the signing of Senna laid the foundations for what remains F1's most dominant season: 15 victories from 16 races - a 93.75% win rate.

McLaren later enjoyed success with Mercedes power after becoming its works team in 1995.

Off track, Dennis led the diversification of McLaren into road cars via McLaren Automotive and high-tech R&D via McLaren Applied Technologies.

Renault F1's Palmer feels immense pressure to save seat in 2017