Ricciardo: I'm not sure what went wrong in F1 Styrian GP practice crash

The Renault driver lost the rear end of his car as he went through Turn 9 at the Red Bull Ring and spun around to hit the barriers backwards.

Ricciardo was able to get out of the car by himself and, after being taken to the medical centre, he was given the all clear by doctors.

Reflecting on what happened, Ricciardo said: "It all happened very quickly so I'm not sure what went wrong.

"I turned in and just lost the car straight away.

"I know these things happen with cars and in Formula 1, so it's not out of the ordinary.

"The car felt fine this morning, especially towards the end.

"The second session would have been interesting, so we'll just have to find out our pace tomorrow or Sunday."

Ricciardo was seen limping through the F1 paddock having hit his knee on the steering column, but played down the injury later.

"They checked it, literally just some bruising. All is good.

"I am fine but car was pretty beat up." 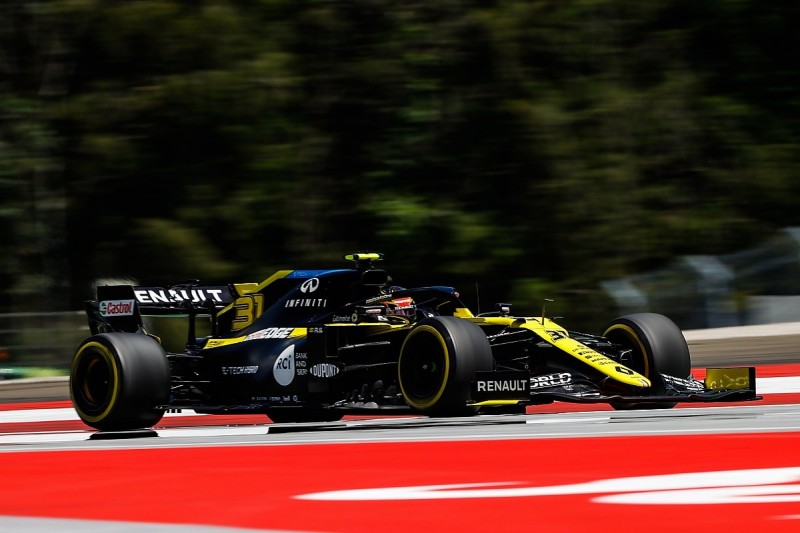 Although Ricciardo's car was badly damaged in the crash, Renault has no doubts that it can be fixed overnight so he can resume running on Saturday.

While Ricciardo's day ended in disappointment, team-mate Esteban Ocon was encouraged as he ended up 10th overall in second practice - which could decide the grid if qualifying cannot take place because of bad weather which is forecast to hit the circuit on Saturday.

"It's been a great day in terms of learning on our side," said the Frenchman. "Our day ran smoothly, and we completed the planned programme, which was good.

"There are a few little things to improve, but there are also some good areas and good points where we know we're strong. It's definitely been a useful day and we want more tomorrow."