Ricciardo: I didn’t know my strengths before 2021 struggles in F1

Daniel Ricciardo says he “didn’t really know my strengths” as a Formula 1 driver prior to his 2021 McLaren struggles that forced him to dig deep and adjust his style.

Ricciardo experienced a rollercoaster first season with McLaren in 2021 that saw him initially struggle to match team-mate Lando Norris for pace, enduring a difficult run to the summer break.

But Ricciardo took a memorable victory at Monza as he scored McLaren’s first win since 2012, leading Norris home for a 1-2 finish.

The Australian’s driving style did not appear to suit the McLaren MCL35M at points, making the rule changes and new generation of cars from 2022 a chance to reset.

Ricciardo felt there were plenty of lessons he could take from his difficult moments last year, revealing that they helped teach him what his particular strengths were as an F1 driver.

“There’s a lot I can use from that moving forward, simply because yeah, it kind of occurred to me that I didn’t really know my strengths,” Ricciardo said at the launch of the McLaren MCL36 on Friday.

“I knew that I could be very fast - but I thought maybe because I have got bigger balls in the high-speed corners and I just care less! I don’t know.

“But going through it, I realised OK, this is what made me fast in years past. This is what actually gives me confidence in the car, and this is actually where I’m better than others, in this part, and that was at times when I couldn’t do it in the car, so that’s kind of how I discovered that.” 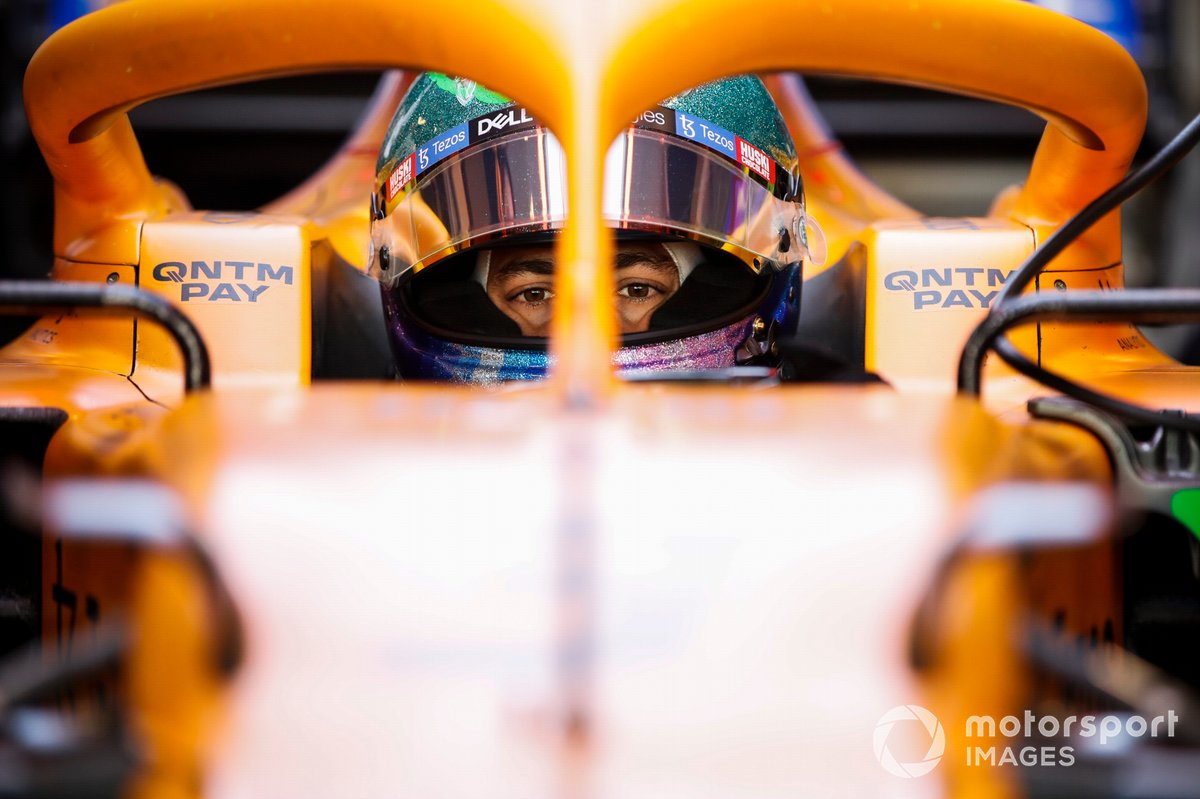 Ricciardo explained how he went through the process of figuring out why he was struggling to adjust to last year’s McLaren, and that helped highlight more of his own racing characteristics.

“I was trying to get the car to do that, like, this is what got me to the dance so to speak, let me do this and I’ll do well,” he said.

“But then there’s the reality of things not being an overnight fix, and I need to work on myself and adapt my style to get it going.

“I definitely learned my strengths. I think my weaknesses I guess became more apparent, but it was really the weird one figuring out why I was quick, why I’d been quick.”

Following his arrival at Woking last year, Ricciardo was able to influence the characteristics of the new MCL36, and said he was banging the drum “pretty loudly” to iron out the elements he struggled with last year.

“From very early on, from when I first got into the car, I was relaying information on this is what is different to the Renault or the Red Bull, so I was already kind of feeding information,” Ricciardo said.

“As we were more races deep in, I was still kind of not doing as well as I thought, so I was beating it a little bit louder. The positive was that Lando was also in agreement to that, and he would have like to have these attributes as well in the car, and what we could do with it.

“There’s a lot of emphasis on that for this year’s car, but it’s also a whole new car so we don’t know if that is also the best way to drive this car.

“I was beating [the drum], but the team also acknowledged that this is a strength of Daniel, he’s proven to be very fast, so we also want to give him this so we can also get the most out of Daniel.”

The bold F1 novelties spotted on the McLaren MCL36