Daniel Ricciardo felt "fulfilled" by his final Formula 1 appearance for Renault in the Abu Dhabi Grand Prix, praising the team's turnaround during his two-year spell at Enstone

Ricciardo announced back in May he would be leaving Renault at the end of the 2020 season to join McLaren, closing the chapter at the Yas Marina Circuit on Sunday.

Ricciardo qualified 11th, but was able to complete a long first stint on the hard tyre to ensure that by the time he pitted, he came back out in seventh place.

A late push had Ricciardo post the fastest lap on the very last lap of the race, gaining a bonus point and ending his final race for Renault in style.

"It was definitely a good race, a nice way to end it," Ricciardo said.

"We know Abu Dhabi as a Sunday venue, it's not always the most exciting race. But I certainly felt I did what I had to do today.

"The car was really strong on the hard tyre, went long, and I think I had the fastest lap in the bag on the second-last lap, but I actually went off in the last corner, so I really stretched it on the last lap.

"It was a nice way to kind of do my last ever lap in the Renault. It was good to know it was a fast one, a good sign off." 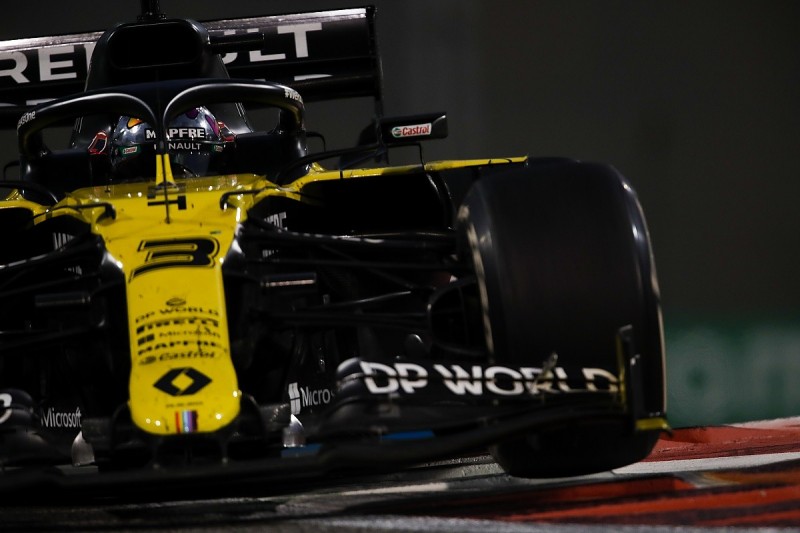 Ricciardo ended the year fifth in the drivers' championship, picking up podiums at the Nurburgring and Imola, and scored more than double the amount of points as in his first year with Renault.

It marked his highest finish in the championship standings since 2017, when he was racing for Red Bull, having slumped to sixth in his final year with the team in 2018.

Asked by Autosport what emotions he felt upon closing the chapter with Renault, Ricciardo replied: "I feel fulfilled, to be honest.

"I felt it coming into the track today, it was like, 'oh yeah, this is it'.

"This year, although shortened, it was such a chaotic year, but actually a really strong one. I'm really pleased with how far we've come, both myself and the team.

"I think fifth in the drivers' championship. Obviously there's no award for that, but it speaks for itself in the turnaround we've made this year."