Ricciardo and Verstappen collided on the first lap of the recent Hungarian Grand Prix, as Verstappen attempted to re-pass Ricciardo at Turn 2, prompting Ricciardo to label Verstappen a "fucking sore loser" over team radio.

Verstappen retired from May's Spanish GP after a first-corner collision with Kimi Raikkonen's Ferrari and Valtteri Bottas's Mercedes, and survived a first-corner touch with Sebastian Vettel's Ferrari in Canada.

He was also involved in a three-way collision with Raikkonen and Vettel at the first corner of last year's Belgian GP, after making a bad start from the front row of the grid.

"I think it will get ironed out," said Ricciardo of his team-mate's apparent habit for finding first-lap trouble with his aggressive approach.

"In a way it's probably similar to last year here [Belgium]. Obviously he had a front row [grid position], didn't get the best jump and it's like 'alright, I'll try and make it up straightaway' and OK, there was a gap on the inside, but it was always going to kind of bottleneck.

"It's not the first time he's done that, but is it a weakness? I don't know if it's a weakness, I just think it will get ironed out over time.

"It's probably just youth at the moment. I'm not trying to school him or anything, [but] it wasn't the first time he'd done a first-lap move like that."

Ricciardo thinks the latest generation of drivers coming into Formula 1 are more aggressive than when he first joined the championship in 2011.

"It seems like the younger kids they've kind of changed the approach," Ricciardo added.

"It's like they feel they've got to come in guns blazing and kind of state a bit of a name for themselves, where I was kind of the opposite.

"I don't know if the young drivers now are making a conscious effort to put themselves on everyone's radars straightaway; it seems that's more of a trend with the younger drivers, but also they're starting at 17/18, where I was 22/23.

"Maybe there could be a little bit of a switch there with age and maturity."

Verstappen apologised personally to Ricciardo for the collision in Hungary, which Ricciardo feels was "the right way for us to move forward".

"After the engineers meeting after the race, Max pulled me aside and we spoke one-on-one in private, and it was all I could ask from him," Ricciardo said.

"It was all he could do, so at least he did that and he was sincere and we shook hands. I was satisfied with that." 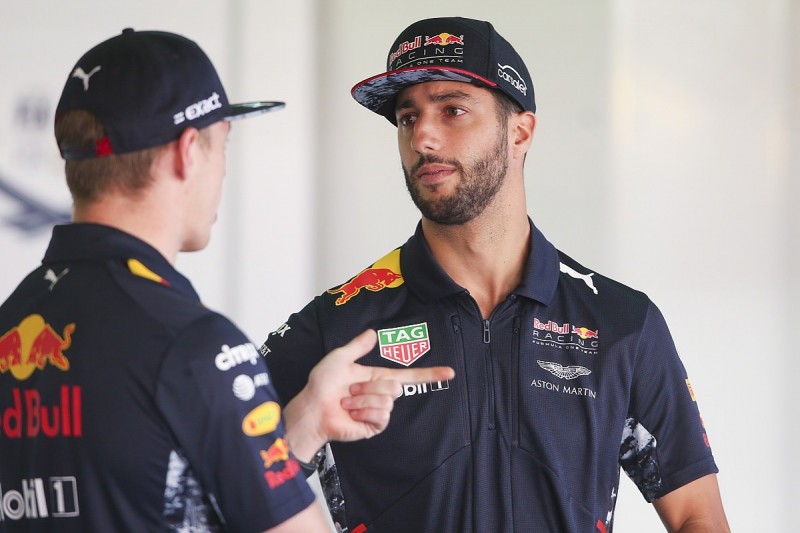