Red Bull expected Ricciardo to sign a new one-year contract in the days after July's Hungarian GP, but instead he called team boss Christian Horner to confirm he is joining Renault next season.

Last weekend's Belgian Grand Prix was the first time Ricciardo had seen most of his current race team since making his decision, and he says team relations were better than he expected.

"On Thursday [at Spa] for sure I was expecting some level, whether it was from the team or from the media.

"But I thought even the press conference was pretty tame, and not too many people dug too deep, and I thought everyone seemed respectful and understood.

"I had a chance to see Christian at the factory before the weekend, so I addressed some of the guys then, but with the mechanics and everyone, I think they all understood.

"I think the main thing for them was it wasn't personal, it wasn't because one of the mechanics pissed me off one day and I was like, 'I'm leaving' or something like that.

"I think they just understood, and a lot of people in Formula 1, whether it's drivers or mechanics, engineers, they will move as some point and switch teams, so a lot of them could in a way relate." 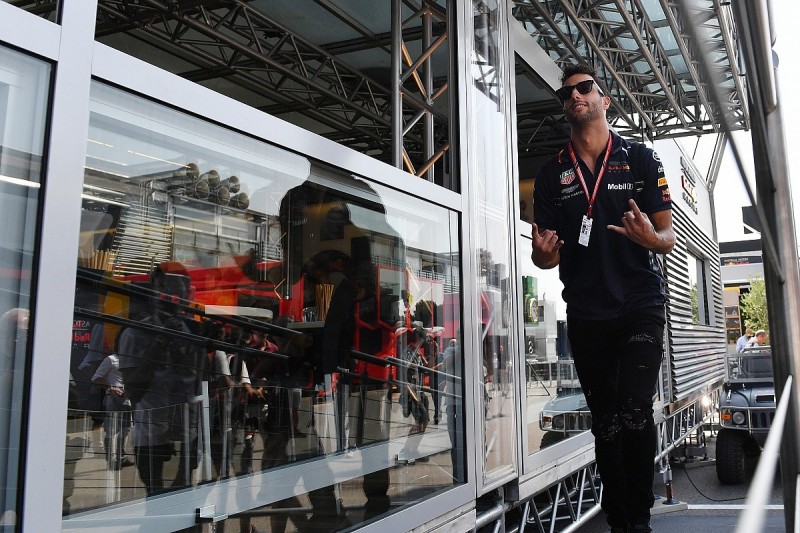 Ricciardo said it was "cool" to see that level of respect and maturity in the reaction of his current employers. He accepts the move appears a backward step, but is fully aware of the risks involved.

"I'm aware that at the moment the structure and everything at Red Bull is stronger," Ricciardo added.

"But I've certainly switched part of my mindset to a bit more of a longer-term project.

"Honestly I felt good once I signed it [the contract], and I feel I know what I'm getting into. I'm aware of all that, I've thought about it for some time."

Ricciardo is anticipating a back-of-the-grid start at the Italian GP, as Red Bull plans to experiment with Renault's new 'Spec-C' engine.

Technical boss Remi Taffin estimates the new unit is worth 0.3 seconds in lap time, but it carries a reliability risk that has dissuaded Renault's works team, and McLaren, from upgrading.

"I hope it's good," said Ricciardo. "I'll try on Friday and then we'll make a decision what we do with it.

"I always try not to expect too much. I expect to see something, but whether it's one tenth, three tenths, we'll see. A few tenths would be nice."