Daniel Ricciardo says Formula 1 fans cheering accidents is not acceptable, and that people sometimes forget that drivers are human beings too.

Lewis Hamilton’s heavy accident in qualifying in Austria was cheered by Max Verstappen fans, while Verstappen was also subject to booing at the previous race at Silverstone, as well cheering of his spin in qualifying.

Hamilton himself called the cheering in Austria “mind blowing”, while acknowledging that what happened in Silverstone was also wrong.

Like other drivers Ricciardo agreed that passionate fans are good for the sport but he cautioned that they can overstep the mark.

"I think an accident, that falls into a bit of a different kind of territory when... for sure rivalries are great,” said the Australian when asked by Autosport about the Hamilton incident.

“And the Lewis/Max one, especially last year, was awesome.

"It's like any sport, you're always going to have for and against. And so I think on-track battles and that, to be cheered or whatever, is cool.

“I've never been a fan of booing, so I don't condone booing. But of course, you're going to have the ones you like, and the ones that you don't necessarily root for.

“But I think in an accident, you wish not to see it. I'm not going to control the grandstands and all of their emotions. In terms of the rivalry and that, it obviously does make the sport, and the fans getting behind their driver. That's good to see.

“But I guess there's probably a time and place and that's not something that I would wish to see. And even obviously, when we are not involved, and I'm happy not to be involved in a situation like that. We're human beings, and I think people have to remember that sometimes.” 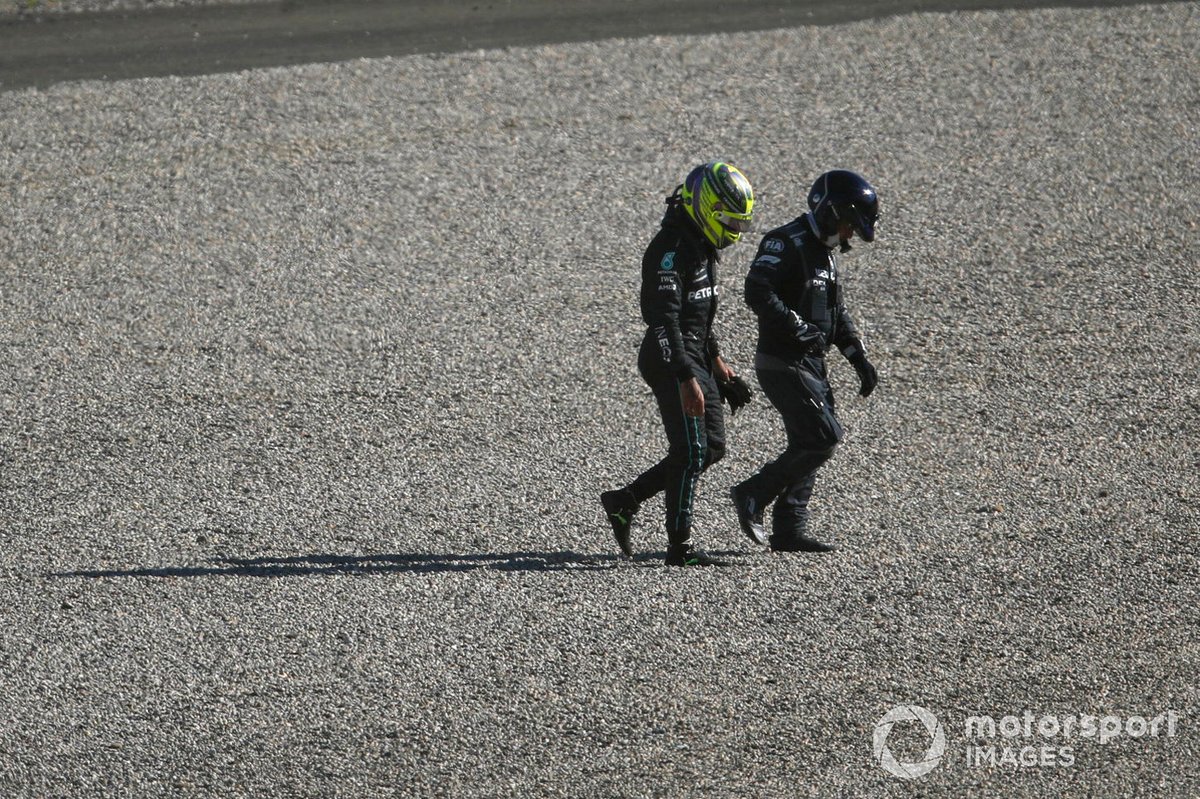 Ricciardo suggested that people can get caught up in the moment: “It's easy when you're in the crowd all day and obviously have had a few beers and that, and if the guy next to you does that, then you think it's okay that you can do it.

“But I feel like you get to an age where you also get mature and you realise that okay, those things what I did when I was 15, I shouldn't be doing as a 30-year-old man.

"So you kind of just have to be a little more sensible."

“I think when you’re on the other side of the barrier, whether it’s football, whether it’s motorsport, sometimes people forget there’s a human being inside that,” said Russell when asked by Autosport about the cheering of his team mate’s accident.

“We’re all human beings; drivers, engineers, media, fans. And there’s no justification to boo somebody, for any reason, or to cheer.

“We’re all risking our lives here, and we know just recently the dangers that involved in motorsport. When you’re going around at 300km/h and somebody is cheering you crashing into the wall… I don’t know what the wording is.”