Renault needs to look at options for using its customer teams to get its Academy drivers into Formula 1, says managing director Cyril Abiteboul

Previous incarnations of the RSA supported drivers including Robert Kubica and Heikki Kovalainen on their way to F1, and Abiteboul wants to look at options for helping its current crop onto the grand prix grids.

In recent years, Mercedes has assisted its juniors Pascal Wehrlein and Esteban Ocon by placing them at the Manor and Force India teams.

"In my opinion, an important element to that will be how we leverage our engine supply activities.

"Because, for instance if you look at what Mercedes is doing, it's the view that there is a connection between engine supply strategy and driver development strategy.

"In our case, it has helped us this year because the access to Carlos Sainz was also on the back on a larger agreement with Red Bull Racing, which was kicked off by what we've done with McLaren.

"So there is already a connection, but in the future I also want this connection in the favour of the guy coming out from our academy."

Renault is supplying Red Bull and McLaren with engines in the 2018 F1 season, as well as its own works team. 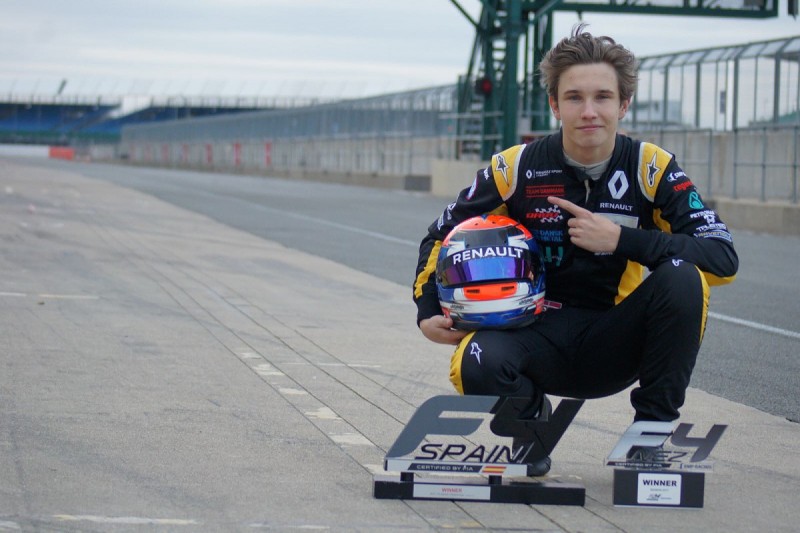 Christian Lundgaard (pictured above) was the only RSA driver to win a title in 2017 - he was victorious in both the SMP Formula 4 championship and the Spanish F4 series - and since its launch in 2016 the current Academy is yet to have a driver graduate to F1.

But, after explaining that the RSA was growing in parallel to the Renault F1 team's rebuilding process since it rejoined grand prix racing for 2016, Abiteboul also emphasised the importance of patience in such a scheme.

"I think we can be quite satisfied," he said.

"If you look at the level of people who have joined us, I think there is no question mark - almost every single one of them has been between one and two in their championship.

"Max Fewtrell [sixth in the 2017 Formula Renault Eurocup] is a bit different but it was his first year and he was the best of the rookies.

"The people we have are showing, again, it's a programme of Renault where we are credible.

"It's going to take a bit of time - I know that we are in a world where everyone is expecting results immediately but when you work with people who are only 16, for the youngest, it's normal that things take time."

Williams: Robert Kubica has 'got to earn' 2019 Formula 1 race seat