The Renault Formula 1 team will use a new floor over the rest of the Russian Grand Prix weekend, marking the last of its planned major car updates this season

Renault trialled the new floor in Friday practice at Sochi and the on-track results matched what it expected from the upgrade.

Free-practice debutant Artem Markelov ran it in FP1 with Nico Hulkenberg's car fitted with the old part for correlation purposes, before Hulkenberg and regular driver Carlos Sainz Jr both had use of the new floor in FP2.

Chassis technical director Nick Chester said: "It's different in a few different areas, in the leading edge and the louvres along the side.

"This is the first time we've run it. We've done the comparisons and we've got the overall downforce improvement we expected from the tunnel.

"We'll keep it on both cars for Saturday."

Chester confirmed there would be "nothing huge" for the rest of 2018, "maybe the odd turning vane or something like that".

He explained that with only two months left of the season, "we're at the point where if we had the release of something from the tunnel, by the time you've designed it and made it, if it's something big it's getting too late". 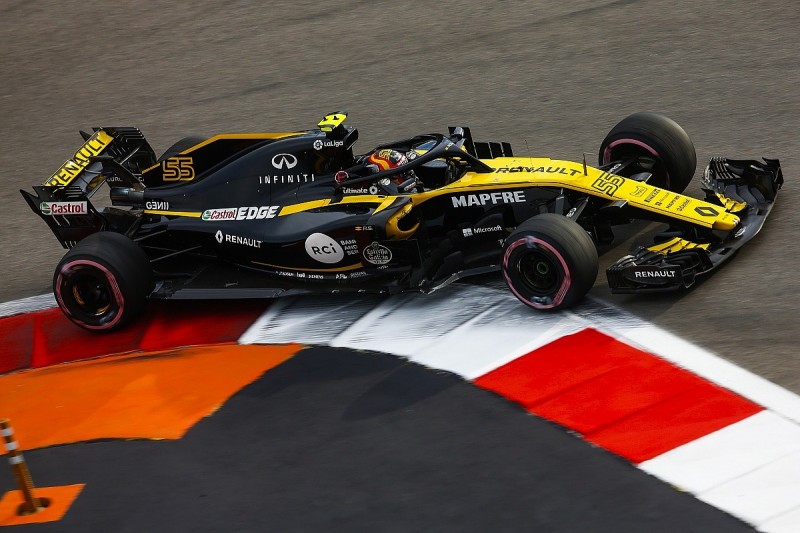 The French manufacturer has brought new bargeboards to the Russian GP but is using earlier spec sidepod vanes.

Renault is also restricting itself to using its second-specification of engine, not its latest spec C upgrade, for reliability reasons.

While minor updates to bodywork could still appear, Renault's specification is effectively set and this is what it will compete with for the remaining five grands prix after Sochi.

Renault holds a 15-point lead over Haas in the fight for fourth in the constructors' championship.

Haas lost an eight-point haul in Italy after being excluded following a Renault protest over its floor, which also gave Renault an extra two points.

However, Haas appealed that decision so could get those points back.

"It's really tight, I think it's going to go right to the end of the year," Chester said of the battle.

"We've seen some races where you can have a 22-point swing, like Austria.

"If you have that in the last race that'll probably change the positions."