Kubica's run in a 2012 Lotus last week was his first F1 mileage since his grand prix career was interrupted by severe arm injuries sustained in a rally crash in February '11.

He covered 115 laps of the Valencia track and said after the test that he could now target a "proper comeback".

Speaking to Poland's Eleven Sports, Permane said Kubica had shown good speed in the test but that the mileage he achieved was the bigger surprise.

"I had no doubt on his pace, ever, at all," Permane insisted.

"He's driven some things. He's driven simulators, he's driven a GP3 car earlier this year in preparation for this, but we didn't really know what his limitations would be. And, honestly, it went very well. 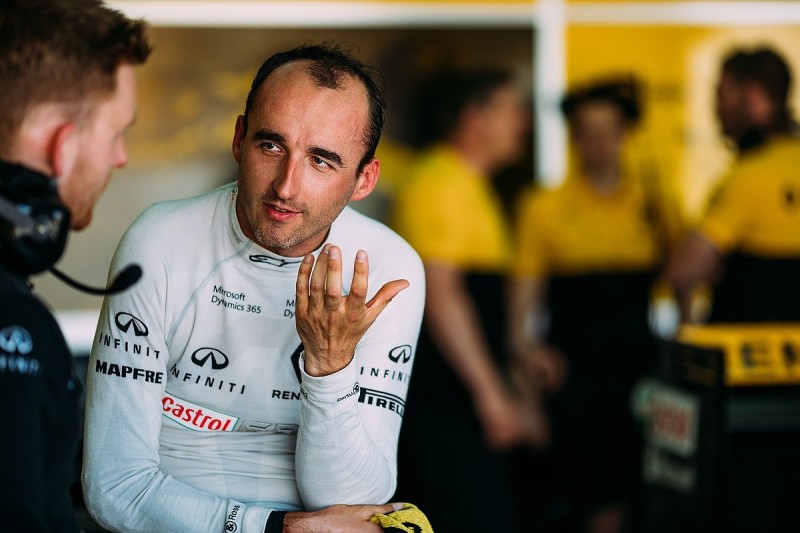 Asked about the viability of Kubica's comeback target, Permane replied: "From what I've seen from the statistics, from the data, the pace is there. That's for sure.

"All I would say is on that Tuesday in Valencia he did a fantastic job.

"There are many other circuits, and whether he has physical limitations on those, only he knows at the moment.

"If it needs to go any further, that would be the next step."

Kubica's severe right hand and arm injuries from the crash had been a factor in keeping him out of single-seater machinery over the past few years, but Permane said Renault only needed "a very, very small modification to the steering wheel for shifting" to accommodate him.

"We just put both upshift and downshift on the same side," Permane explained.

"It was nothing, it was a small software change for us. And it had no impact at all [on performance]."

Kubica's Renault test had been in the works "for a few months" but it was only officially confirmed by the team when it had taken place.

"Honestly we did not want to create a big media storm," Permane explained.

"We knew once it got out everyone would be interested. Everybody loves Robert, everybody feels very sad for what happened."

While Renault intimated that the test was a one-off, Permane confirmed it was open to giving Kubica further opportunities.

"We've still been in touch, we've been talking about anything possible we might do in the future," he said.

"There is nothing else planned, I can say that much at the moment.

"But I wouldn't say we won't do something again in the future."